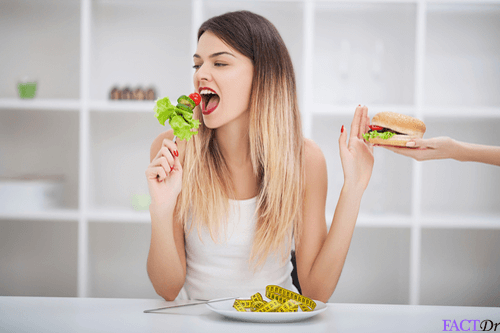 For decades, health authorities have recommended a low-fat diet for those trying to lose weight. The reason why they have made this recommendation is that a low-fat diet will also be low in calories. This recommendation is widely accepted in the medical community as well. It is also backed by evidence. In addition, Americans generally have a poor opinion of the low-carbohydrate diet. Only one-third of those taking a survey recognize it as a healthy way to lose weight. This is probably because marketing and public health messages both still discourage a high-fat diet.

Will it work if the dieter gets to select a weight-loss diet? 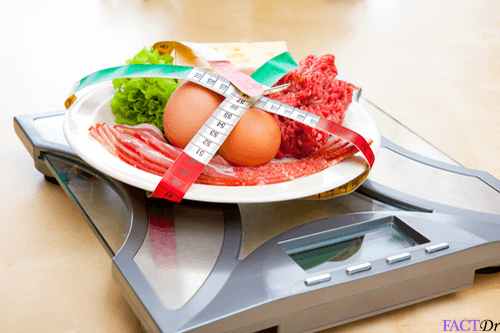 Scientists believe that when such an option is given, some tend to choose the foods they want based on their eating habits. They continue to eat what they prefer to eat and pick a diet that would support this. Others, however, would try to avoid the foods that they normally eat, and therefore pick a diet that supports that.

Another thing that affects their choice is the presence of a medical condition. When people with a particular medical condition must avoid certain foods, they try to pick a diet that would exclude them. An instance of this is type 2 diabetes. Because excessive carbohydrate intake is linked to diabetes, such people may prefer a low-carb diet. And for all intents and purposes, that might actually be a good choice.

Lastly, some of those on the diet may also be picking one over the other based on how effective it has been for them or people they know. Therefore, if they pick a low-fat diet over a low-carbohydrate diet, it is because they have found or heard that the former is more effective.

There might also be a relation between dietary preferences and the demographics under study.

To summarize, patients in a study had reported the following factors as affecting their dietary preferences:

Several low-fat diets were developed down the years. Lately, the importance of a low-carb diet is growing, but low-fat diets are still very pertinent. Some of them are listed below: 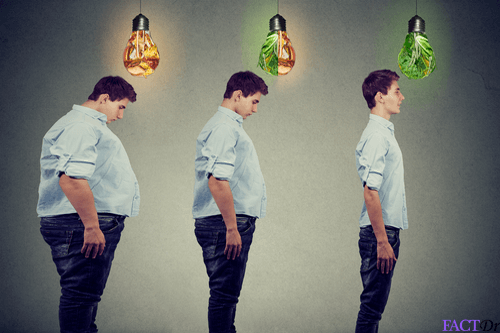 The Ornish Diet was designed by Dr. Dean Ornish, one of the pioneers of the low-fat diet concept. A plant-based diet, it is rich in whole-grained foods and avoids refined carbs and all fats, nuts etc. Dr. Cornish believes that the diet is not just about a low-fat diet. It is about avoiding foods that can add weight to the body.

This diet, much like other diets, avoids healthy fats. Avoiding fish, for example, reduces the intake of essential omega fatty acids. This leads to a loss of healthy fat for the body. Some people even believe a low-fat diet makes people obese because of the increase in carbohydrates.

However, Dr. Cornish believes that the recent rise in obesity cannot be blamed on the low-fat diet. In fact, according to the USDA, Americans in recent years have not only been eating foods rich in fats but also sugars and many processed foods as well. This is what has actually led to an increase in obesity. In addition, the Cornish diet coupled with lifestyle changes such as the inclusion of exercise etc. is also proven to reverse heart disease.

Dr. Douglas Graham suggested the 80-10-10 diet. It is a raw food version of the diet that was suggested by Dr. Dean Ornish and Dr. John McDougall. Graham himself has tested this diet for nearly 30 years. An athlete himself, Graham swears by his diet and says that it works wonders. He has also been a consulting dietician to sports stars such as Martina Navratilova.

The 80-10-10 diet relies on a proportion of 80% carbohydrate, 10% fat, and 10% protein. The catch here is that it rules out all processed foods containing carbs. This makes it very healthy. It also rules out cooked versions of vegetables and insists that you eat them raw instead. The reason for this is that it would help avoid the sugar, salt, and fats that would be used in cooking them. This would make the vegetables more healthy as well for consumption. Cooking is also considered responsible for releasing certain toxins and causing hyperthyroidism, arthritis, and even cancer in some studies.

Dr. Graham also recommends that you include a good quantity of fruits in your diet. For instance, according to the diet, you can have as much as 4 lbs of watermelon for breakfast. It also recommends that you eat a pound of leafy green vegetables (spinach, celery etc…) at a time. Some people believe that this can lead to overeating. Others, on the other hand, have found the diet is highly effective for weight loss. Certain foods such as avocado or nuts are rich in fats and are therefore taken in very small quantities.

According to Graham, it is also not just important to follow the diet strictly but also to introduce lifestyle changes such as exercise, adequate sleep, sunlight, and emotional balance.

Many people find it difficult to follow the 80-10-10 diet. This is because it makes one eat vegetables raw, and this could be difficult for those not used to it. It can also be difficult to get the food that one needs when he/she is away from home.

The New Abs Diet was created by David Zinczenko. Many men today view having muscular, well-defined abs as a very important sign of being fit and healthy. Heroes on the big screen have only strengthened this view. Though the diet is meant for building the abs muscles in men, it could work for women as well. There are 12 power foods in the New Abs Diet. They are the following:

You are allowed to cheat on one meal per week. However, the diet still recommends that you do not take high-fat meats, sugars, processed foods etc.

The New Abs Diet, however, does not just recommend a balanced diet. It also requires you to do aerobic exercise and lift weights at regular intervals. This build up of muscle in turn helps to boost the body’s metabolism. This increase in the metabolic rate helps your body lose weight. In addition, it is just a matter of time before you get those magical abs.

The New Abs Diet does not help in spot reduction. It only allows you to lose weight uniformly. This is why it works better for men. Women, on the other hand, have most of their fats stored in their thighs, breasts etc. and fat is not uniformly distributed.

The New Abs Diet is not just a diet as much as it is a healthy combination of nutritious food, strength training, and exercise. The advice provided is very sensible since it seeks to build a body that is not just low in weight but healthy but well structured and fit as well.

The Pritikin Diet is a very low-fat high-carb high-fiber diet (only 10% fat) that was originally designed by Nathan Pritikin in 1979. He also founded the Pritikin Longevity Center, now headed by his son Robert Pritikin. Robert Pritikin released an updated version of the diet in a book published in 2007.

The diet claims that if you have a very low-fat diet (about 10%) you could lose weight quickly. It encourages you to eat carbohydrates and measures the total calorie count of the foods you have eaten. Low-calorie content carbohydrates are combined with higher content of fibers and low content of fats in the diet. It also recommends lifestyle changes such as exercises and avoiding alcohol, processed foods, and red meats. There are several diseases that are a result of the wrong lifestyle.

The author also highly recommends taking a daily walk and stretching and other cardiovascular exercises. It also suggests eating gluten-free carbohydrates. Examples are quinoa and oatmeal.

However, an ultra low-fat diet such as this is not recommended. This is because it also restricts the use of healthy plant fats such as avocado and extra virgin olive oil. The loss of fat in the diet may not help as fat is very essential for the building of cell membranes and secretion of hormones. It is also essential for the absorption of essential fat-soluble vitamins like vitamin A, D, E, and K.

Surprisingly, several studies indicate quite the opposite. They indicate that ultra low-fat diets (not necessarily the Pritikin Diet) could be beneficial for the treatment of heart diseases, type 2 diabetes, and obesity. 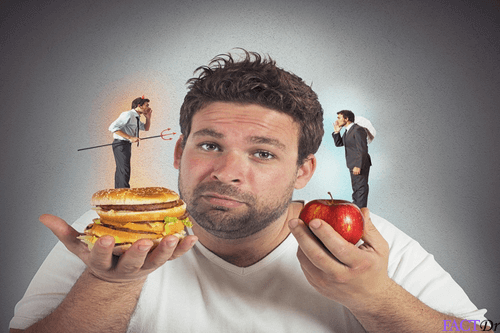 The F-Plan, published in the 1980s, was a bestseller for Audrey Eyton. It was based on a diet high in fibre and low in proteins and fats. The high-fiber diet helps you to lose weight quickly without feeling hungry while doing so. This is because a diet high in fiber can make your body feel satiated. Audrey Eyton released an update to her book in 2007 called the F-2 diet. It took into consideration the suggestions put forth by those who followed the F-Plan. It streamlines the diet to allow more choices and more recipes to the people. It involves a rich amount of fruits (source of fiber) and leafy green vegetables. You can eat lean meat and salads with reduced fats. It also recommends that you take a probiotic drink to help with your digestion.

The F2 diet claims that it gets rid of toxins in the body, unclogs your arteries, and assists in weight loss. Dieters have also reported that they do not feel a need to cheat on their current diet plan. Audrey Eyton actually recognizes that people have an affinity for certain foods such as biscuits and lists the fat content in them. It also recommends tea and other low calorie drinks as well, which again gives the dieter some freedom.

How useful is a low-fat diet?

The usefulness of a low-fat diet depends on the dieter. The F2 diet may be beneficial because it is high in fibre, which not only makes you feel satiated but also improves digestion. At the same time, it is low in fats, which will reduce your overall calorie intake. If you are looking to build abs, the New Abs Diet might be a good choice. Ultra low-fat diets have their fair share of benefits according to research. Some of them are improvement in medical conditions such as diabetes, other heart diseases, and obesity. Sometimes, however, a low-carb diet may be easier to follow. A low-fat diet may be difficult to follow because fats naturally add taste to food. However, if you seek to lose weight, it would be advisable to stick to either a low-fat or low-carb diet. Not only this, but it would be advisable to avoid certain foods such as refined carbohydrates, sugary drinks, and fatty meats.