Tanning booths: To tan or not to tan, that is the question 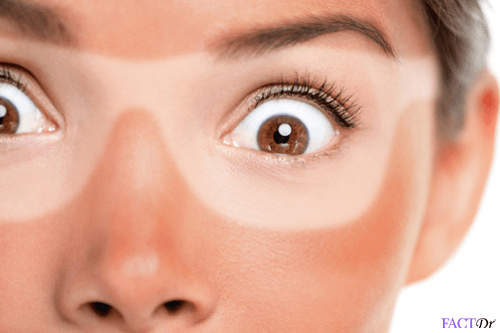 Home » Healthy living » Beauty & Skin » Tanning booths: To tan or not to tan, that is the question

What tanning booths do?

There has been hype lately among several individuals that getting skin tanning gives them that glowing skin.  Many people have this false information that tanning booths are a safer place to get a tan since getting it from direct sunlight might be harmful.

As a matter of fact, tanning on a beach or using a tanning booth is not considered safe since both the forms of tanning involves the use of ultraviolet radiation.  It is a well-known fact that ultraviolet radiation is highly dangerous since it can cause a life-threatening skin disease called melanoma.  People actually get to hear a different side from the tanning booth where they claim that they perform tanning in a controlled environment.

This may be true since they use lamps to tan the skin unlike what you experience on the beach.  The biggest point which they try to hide is the use of ultraviolet rays.  People actually tend to ignore this part and usually would realize it only after experiencing abnormalities.  It should be understood that ultraviolet rays are highly dangerous no matter what is the source.

What are ultraviolet rays and why are they dangerous?

A band of electromagnetic spectrum that is emitted by the sun is called ultraviolet rays.  They have a wavelength that ranges from 10 nm to 400 nm.  Studies have claimed that prolonged exposure to ultraviolet rays can damage the DNA which is present in the cells.  When the DNA is altered, it can lead to skin cancers such as melanoma. 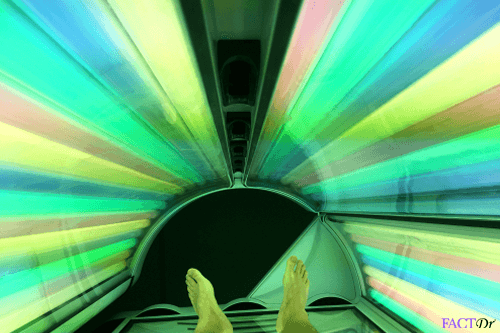 A weaker form of UV rays used in the tanning booths may not cause immediate problems, but can lead to long-term problems to the skin.  If the skin is exposed to weaker UV rays, there are higher chances of the skin getting wrinkled and lose its texture.  This can lead to early aging where wrinkles on the skin would make you look older than your actual age.  UV rays are divided into three main categories namely UVA, UVB, and UVC.

UVA and UVB are the rays that are considered to be dangerous for humans since it has the ability to sneak through the skin and change the chemical composition of the cells.

Why are tanning booths popular?

In the early days, people who were from the upper class would cover their skin from the sun rays and when you would see a person with tanned skin, you could easily identify them as one from the working class.  This was the trend until the early 19th century until there was a revolution in the fashion industry in the year 1923.

Coco Chanel who was a fashion designer introduced a new trend in the fashion industry in the year 1923.  She came up with a bold new skin color of golden brown as the skin shade.  This shade of the skin soon became a trend among the fashion enthusiast and the trend of tanning the skin started.  This trend was so popular that all those who were covering up their skin from the sun started craving for more sun exposure.

As the decades passed, there was a substantial increase in the number of skin cancer cases.  This made the medical professionals ring the warning bells and warned about the harmful effects of prolonged sun exposure.  These warning bells made little impact on the minds of youngsters who wished to have that glowing skin and started finding suitable alternatives.  In the early 20th century, invention of tanning booths caught the eye of young teens and adults.  Almost every young individual wanted to visit the tanning booth to get their skin tanned neglecting the fact that it was ultimately the UV rays which are being used even in tanning booths.

This is the biggest and the most prominent disadvantage of undergoing tanning indoors.  Studies have claimed that safe tanning actually never exists since all forms of tanning involve the use of UV rays.  As discussed earlier, it has been determined by both WHO and Cancer Research Institute that both sun tanning and indoor tanning emit UVA and UVB.  Studies have indicated that the risk factors of acquiring skin cancer increases with every exposure.

Studies have claimed that sun tanning, as well as indoor tanning can cause damage to your skin by changing their texture.  Since there is a change in texture, the skin becomes wrinkled faster and also causes dark spots on the skin.  People who tend to tan their skin usually experience a leathery skin.  This type of skin is generally not found in people who refrain from tanning. 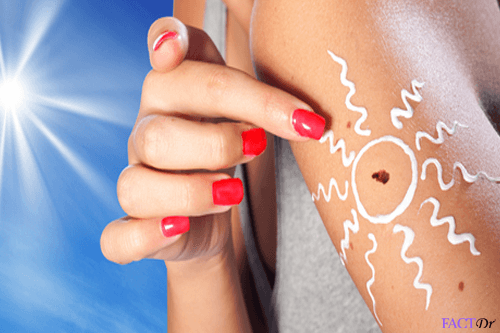 Does not provide vitamin D

A wrong information is being circulated that indoor tanning can boost vitamin D levels in the body.  It is important to understand that vitamin D can be produced with the help of UVB and not UVA.  In the case of indoor tanning booths, the majority of the rays emitted are in the form of UVA and not UVB and hence you hardly are able to produce any vitamin D.  It is recommended to consume foods or take a supplement in order to increase the levels of vitamin D if the levels are not optimal.

Getting addicted to indoor tanning may sound unrealistic, but according to the growing evidence, it is a reality.  Studies have claimed that women aged between 18 and 30 are becoming more inclined towards getting tanned in order to get shiny skin.  This trend has been so severe that they even tend to become fidgety when they do not have tanning done on a frequent basis.

Are there any alternatives available for tanning?

Since indoor and outdoor tanning is highly dangerous, there is always a question if there is an alternative.  Yes, would be the answer to this question.  There are several safe alternatives available in order to shade your skin and these include:

The main reason for tanning your skin is to get that shiny bronze look on the skin.  This can be achieved with the use of tanning lotions.  These lotions are available in various shades and can also be bought at various prices.  There is a complaint that these lotions do not smell good, but there have been a lot of improvement in the quality in the recent past and have been smelling better as well.  Another advantage of using the lotion would be to moisturize the skin which gives an added advantage. 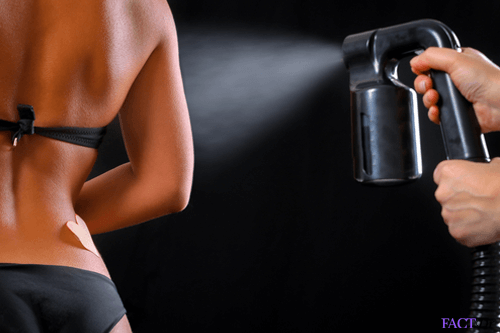 This is one of the easiest ways of tanning your skin.  Many people tend to choose this option since it is time-saving and also provides an even spread over the skin.  It has been estimated that the application time lasts anywhere around 10 minutes.  This is comparatively costlier than lotions but worth the money due to their efficiency.

This method seems to be the most efficient and cost-effective form of tanning.  Natural sunlight tanning may not provide you deep tanning, but they definitely are effective.  They provide light tanning to the skin and protect them from getting aged soon and more importantly provide you the essential vitamin D.  Experts advice spending around 20 minutes under the sun every day to gain the benefits.

If you are looking for a temporary bronze look just for a night, you could easily try the cosmetics that can give you that sun-soaked effect.  Application of temporary cosmetics would give you that effective look and also protect you from the harmful UV rays as well.

How to prevent harmful UV rays

You can avoid those harmful rays by following certain lifestyle changes which are easy to follow.  These include:

It is quite clear now that tanning indoors as well as outdoors is equally dangerous.  It has to be noted that it is ultimately the UV rays that are causing the problem, be it indoors or outdoors.  There seem to be suitable alternatives available to get that bronze look on the skin.  It would be wise to try these alternatives other than suffering from skin cancer.