Latest findings on Kombucha; a teacup full of yeast and bacteria 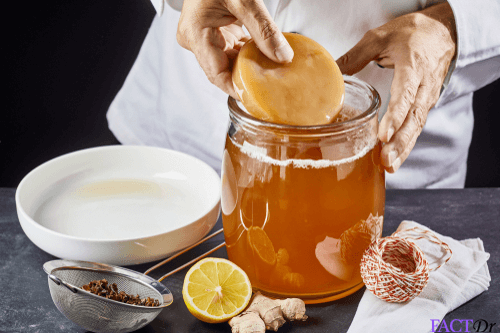 Home » Nutrition » Latest findings on Kombucha; a teacup full of yeast and bacteria

Over the last few years, fermented foods and drinks are catching the attention of proliferating health and fitness industry. The rich concentration of probiotics in fermented food items provides an extensive range of health benefits to consumers. Advancements in the food & beverage industry in conjugation with growing health concerns of the modern world population are the major factors responsible for increasing demand for probiotics-rich fermented food items across the globe.

Fermentation is not a new technique for the food & beverage industry, over the years; it has been used to produce a variety of edible products such as wine, cheese, yogurt, etc. However, a new age fermented beverage “Kombucha Tea” is gaining popularity all around the world.

The origins of Kombucha 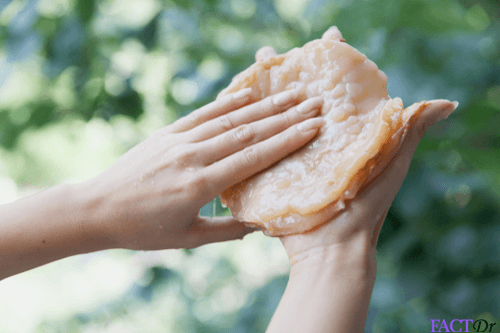 Kombucha tea is actually, an old age beverage which is rebranded by the beverage industry as a fancy new age drink. It is actually a 2000 years old beverage which was originated in the Eastern part of the world. Initially, it was brewed in China and gain popularity as a health drink. The multitude benefits of Kombucha helped it in grabbing attention from countries like Japan and Russia, respectively.

In the 20th century, this fermented beverage gravitates the attention of Europeans and soon became a fascination amongst health buffs all around the world. Currently, the value-based market of Kombucha tea is estimated at around 900USD million and is expected to exhibit strong growth over the next few years due to its increasing popularity as a healthful drink all around the world. As a market trend, flavored Kombucha is expected to experience higher growth in demand as compared to non-flavored one, due to increasing preference for refreshing taste amongst its consumers.

In simple terms, Kombucha tea is a fermented beverage made by an amalgamation of black/green tea, sugar, water, and SCOBY. SCOBY stands for symbiotic colony of bacteria and yeast, it is a culture comprising of live yeast & bacteria. Scoby is added to sweet tea mixture to carry out the fermentation process and produce Kombucha tea. During fermentation, yeast colonies present in SCOBY feeds on sugar resent in tea mixture, this breaks down sugar and probiotics bacteria are released in the tea mixture. Fermentation and release of probiotics bacteria in Kombucha tea cause carbonation due to which it tastes fizzy.

Above-mentioned are constituents of a simple, unflavored Kombucha, one can add flavors to make this health beverage more tasteful. Addition of freshly squeezed lime juice, ginger juice, crushed berries, pomegranate juice in Kombucha tea increases its palatability without compromising with the health benefits offered by this drink. 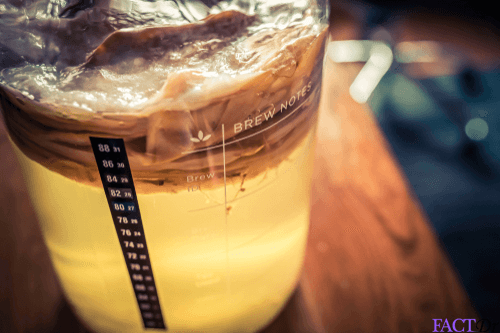 Metabolic processes occurring in human boy are required to sustain life; however, these processes also produce damage-causing free radicals which cause oxidative damages. The impact of this damage can be minimized by increasing the consumption of antioxidants in a regular diet. It is advisable to have an antioxidant-rich diet, rather than depending on antioxidant supplements as they have side effects on health.

According to research, regular oral intake of Kombucha tea has the potential to significantly reduce oxidative damage of liver without being toxic. Moreover, it can be used as a curative measure against liver toxicity as it has demonstrated its potential to reduce toxicity by a maximum of 70% in multiple studies. Scientists have observed during research study that the use of green tea instead of black tea in Kombucha can significantly increase the concentration of antioxidants in this health drink.

During the fermentation process of Kombucha, acetic acid is produced which has the ability to suppress the growth of a wide range of pathogens. The high amount of polyphenols and acetic acid present in Kombucha help in inhibiting the growth of multiple bacteria and yeast species. According to research, Kombucha has an anti-microbial effect on multiple infections causing bacterial species such as E.coli, Salmonella typhi, Cm. jejuni, and Salmonella Enteritidis

Heart diseases are closely associated with cholesterol imbalances, particularly, due to the disproportion of LDL (low-density lipoproteins) and HDL (high-density lipoproteins) in the human body. Research studies indicate that Kombucha tea has the capability to reduce LDL and increase HDL content significantly. This improves liver and kidney functioning of tea drinkers, thereby improving the overall cardiac health of tea consumers.

Diabetes is a very common lifestyle disorder that has affected millions of people across the globe. Medical practitioners find it difficult to counter with fluctuating blood sugar levels in diabetes patients. As per research study conducted on diabetic rats, oral administration of Kombucha tea on regular basis helps in reducing the abrupt rise in blood glucose level by slowing down the carbohydrate breakdown process. Green tea is already known for its benefits regarding maintenance of glucose level; therefore, Kombucha tea made with green tea instead of black tea is more likely to reduce increased glucose level more efficiently than an ordinary Kombucha tea.

Probiotics present in Kombucha aids in improving the overall health of the human digestive system. Probiotics are equivalent to healthy gut bacteria, both of these are known to act against harmful bacteria which enters in the digestive tract of humans. Several types of research have indicated that probiotics have a strong potential to treat stomach ulcers, diarrhea, and symptoms of irritable bowel syndrome. Additionally, it suppresses the overproduction of candida (fungus) in the human body to prevent digestive system disorders. In a nutshell, probiotics present in Kombucha restore a good balance between healthy and unhealthy microbes present in the human gut.

Kombucha tea has a direct as well as indirect impact on the mental state of a human. This beverage being rich in vitamin B-12 plays a significant role in maintaining optimum energy levels and overall mental health in humans. In addition to this, it has the potential to support communication between the digestive tract and brain, which subsequently is able to reduce anxiety, particularly in harsh working conditions. Disease like leaky gut can lead to depression; however, regular intake of this health elixir is believed to maintain & repair the health of the human digestive tract. Thereby, it also effectively prevents gut damage and depression caused due to digestive problems.

Potential to Protect Lungs against Diseases

The most unexpected and least studied benefit of Kombucha is its ability to treat silicosis. Silicosis is an occupational hazard known to affect people working in the silica industry, it occurs due to overexposure of silica. It has been studied that regular inhalation or drinking of Kombucha may prevent the occurrence of silicosis and other fatal lung diseases that are majorly caused due to overexposure of silica.

Being extremely rich in anti-oxidant and polyphenols, this drink has a plethora of health benefits. This health tonic has strong potential to inhibit the uncontrolled growth of cancer cells. Laboratory stage studies revealed that Kombucha effectively suppressed growth and spread of cancer cells by intervening in their signaling mechanisms. The high concentration of polyphenols in Kombucha is believed to instigate death of a cancer cell by blocking its gene mutation & growth.

Is Kombucha a Boon or a Bane for Human Health? 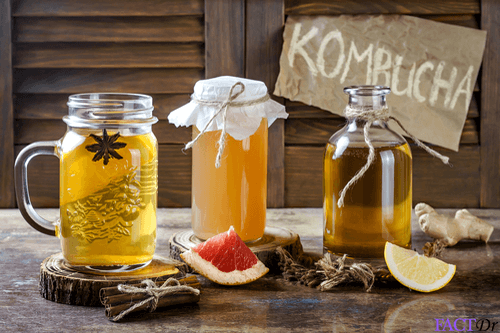