We bet you didn’t know that turmeric could be this beneficial! 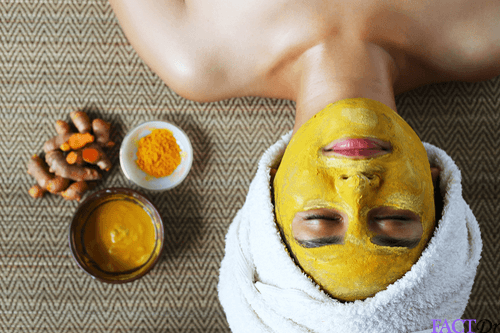 Home » Nutrition » We bet you didn’t know that turmeric could be this beneficial!

Turmeric: Truly the king of all spices

Turmeric has a long and glorious history.

Pots dating back to 2500 BCE,  found near New Delhi, India had garlic, ginger, and turmeric residues showing a presence of this wonder spice since the very ancient times.

Turmeric contains curcumin, which may be very helpful in treating inflammation in the body. Especially in case of infections such as adenoiditis,  it would imply that it is beneficial to take turmeric. However, turmeric itself contains low levels of curcumin. Therefore, it is advised to take curcumin supplements. Piperine is added to curcumin supplements generally to increase the effectiveness.

The reason why this ingredient boasts of being the king of all spices is that it comes with a host of unmatched health benefits.

Aging and different diseases are caused due to oxidative damage.

Apart from its anti-inflammatory properties, curcumin is also a very good anti-oxidant. Moreover, it can also augment the activity of anti-oxidant enzymes present in the body.

Neurons (nerve cells) are capable of multiplying as well as increasing in numbers. Such growth of neurons is primarily fueled by a growth hormone known as Brain-Derived Neurotrophic Factor (BDNF).

If the level of this hormone goes down then it can result in several brain disorders ranging from Alzheimer’s disease to depression.

The good thing about curcumin is that it can improve levels of BDNF in your brain.

As such, curcumin may well be helpful in delaying as well as reversing several brain diseases and problems in brain functions.

Gives your heart a boost of life 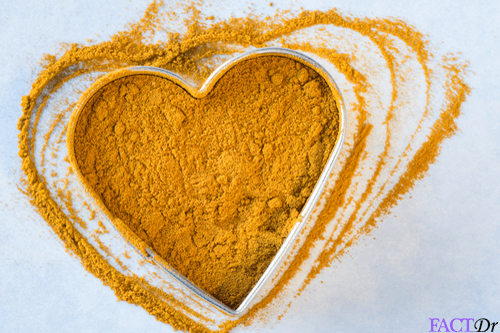 Heart diseases are known as the biggest killers in this world! Curcumin proves to be helpful and assists in enhancing the functions of endothelium. The endothelium is the lining of blood vessels present in the heart.

In the case of endothelial dysfunction, chances of heart diseases increase since endothelium becomes incapable of regulating blood clotting and blood pressure.

A study conducted by Chiang Mai University, Chiang Mai, Thailand on patients who were supposed to undergo bypass surgery. Some of the patients were given four grams of curcumin on daily basis, before as well as after the surgery. The other group was not given any samples of curcumin.

The study found that those patients who were given curcumin had 65% lesser chance of having a heart attack in the hospital.

Curcumin is proving to be beneficial in cancer treatment as well. Studies performed at the University of Texas, USA prove that. In studies, it has been found that curcumin can hinder cancer growth and its spread at a molecular level.

Studies also show that it reduces the development of fresh blood vessels in tumors and spread of cancer. It can also contribute to the death of cancerous cells.

There are also promising studies which show that it can be helpful in preventing cancer from starting in the first place. This has specifically been noticed in colorectal cancer which is a cancer of the digestive system.

A study published by the American Association for Cancer Research, Pennsylvania, USA, shows the beneficial effect of curcumin.

In this study, 44 men having colon lesions (which can turn cancerous) were given curcumin for 30 days on a daily basis. After 30 days, it was noticed that the number of lesions had reduced by as much as 40%.

Alzheimer’s disease destroys memory as well as other mental functions and is also the primary type of dementia.

Since there is no treatment yet available for this disease, it is better to prevent it from starting in the first place. Oxidative damage and inflammation both play a crucial role in increasing the chances of Alzheimer’s disease.

But, as we have seen, curcumin proves to be beneficial for both of these problems. 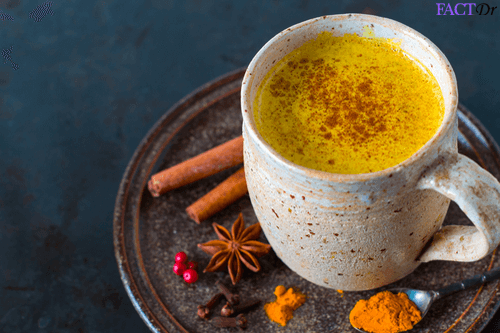 Arthritis involves inflammation of the joints and as we have seen earlier, curcumin has very good anti-inflammatory properties.

Patients suffering from rheumatoid arthritis were given curcumin (during a research) and it proved to be much more effective compared to anti-inflammatory drugs.

Moreover, a review of controlled and randomized trials show that turmeric extract proves to be effective in arthritis treatment. This positive effect has been seen in instances where around 1,000 mg of curcumin has been used on a daily basis.

The result shows that curcumin in prescribed dosage can be effective and provide results similar to what medication can provide.

Breaks you out of your depressed state

Curcumin, the active ingredient of turmeric, can help people break out of the shackles of mental conditions such as depression.

Several studies indicate that the benefit of taking turmeric is comparable to taking prescription anti-depressant pills such as Prozac.

Additionally, unlike prescription pills, turmeric doesn’t put your body through a series of side effects. In fact, it aids overall health.

Blood clots form during a process which is called platelet aggregation. In this process, blood platelets concentrate in one location and gradually clot.

In lab studies on animals is has been noticed that curcumin present in turmeric lowers chances of platelet aggregation. This, in turn, helps in reducing the risk of clot formation.

This happens due to the fact that curcumin is able to modify an internal process called eicosanoid biosynthesis. Eicosanoid has 4 different molecules which take an active part in the inflammation process taking place within the body.

One of the likely reasons curcumin provides anti-clotting properties is that it is able to play an important role in the biosynthesis of thromboxanes. Thromboxanes is one of the eicosanoids that take part in the inflammation process.

Another animal and lab study shows that curcumin can be the right treatment technique for those who face a chance of vascular thrombosis.

Vascular thrombosis takes place in case a blood clot blocks a vein. It can also be beneficial for those who need anti-arthritic therapy. But, it is worth mentioning here that there are no human trials that show the same results.

Gets rid of that pesky acne and other skin issues

Turmeric is known for its anti-oxidant as well as anti-inflammatory properties. These properties prove to be helpful in the treatment of different skin conditions.

Some of the benefits worth mentioning are:

Increase luster and glow of skin

Closing of pores so as to decrease acne

Speed up the healing process of wounds

Several studies indicate that a majority of scabies cases can be cured within 3 to 15 days of application of turmeric paste.

A study was carried out by Auburn University, Alabama, USA to find the potential of curcumin in lowering glucose levels. The study found that curcumin present in turmeric was 400 times more capable of activating AMPK enzyme compared to metformin.

Metformin, as you must be aware of, is a common drug used for diabetes. AMPK or AMP-activated protein kinase is an enzyme that regulates energy levels in the body. Enzymes are proteins which increase the rate of chemical reactions within the body. 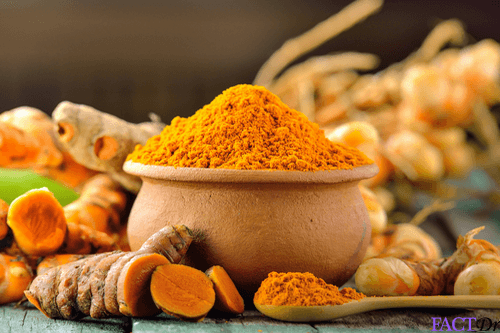 Moreover, it was also noticed that AMPK was activated by as much as 100,000 times compared to metformin in specific cells.

This happened when tetrahydrocurcumin was used, which is a compound that is produced during fermentation of curcumin.

The activation of AMPK is considered to be crucial in type 2 diabetes.

This is due to the fact that if this enzyme can be activated then it can result in the development of effective treatments. These treatments can in turn help in lowering insulin resistance and also reversing effects of diabetes.

Additionally, turmeric can help in reversing or reducing symptoms of diabetes is directly related to the anti-inflammatory properties of curcumin. Different studies also highlight the fact that curcumin proves to be helpful in lowering inflammatory markers related to diabetes.

A complication that diabetes patients suffer from is damage to nerves. This is commonly known as diabetic neuropathy. This problem can take several forms and result in serious symptoms. These symptoms can range from blindness to muscle weakness.

Another thing worth mentioning here is that diabetic neuropathy may well result in kidney failure. The good thing is that in animal studies it has been found that curcumin is able to protect the kidney from damage resulting because of diabetic neuropathy.

Fix the dilemma of weight gain and obesity

A study conducted by the State University of New York, USA shows that use of curcumin can be helpful in reducing the growth of fat cells.

It was noticed that curcumin’s anti-inflammatory properties were helpful in suppressing inflammatory process of obesity. This, in turn, helped in reducing obesity as well as its adverse health effects. 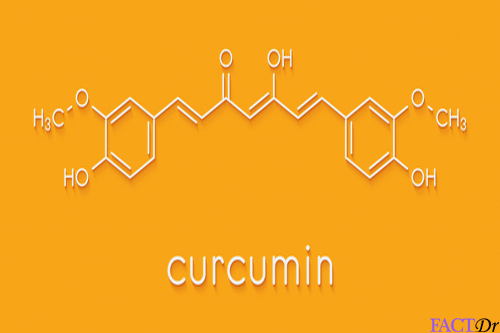 A study was performed to examine curcumin’s capability to control ulcerative colitis (a type of chronic inflammation of the large intestine).

It was found that the group taking mesalazine plus placebo had a 4 times higher chance of flare-up or relapse of ulcerative colitis (UC).

The higher chance was noticed during the 6 month period of study.

This clearly suggested the positive effect of turmeric in maintaining remissions in such chronic diseases.

Another pilot study was done to analyze the advantages of curcumin supplements for patients suffering from UC.

After a period of 2 months, patients had seen a marked improvement in their condition.

In patients, anti-inflammatory drugs help in reducing pain symptoms but they may also damage intestinal lining over a period of time. This, in turn, makes the condition even worse. Due to this reason, such medications cannot be used over a long period of time. Such medicines can only initiate remissions.

But, when curcumin was used as a supplement, the patients did not face these side effects.