Spirulina: Battle diabetes and cholesterol with this blue-green algae 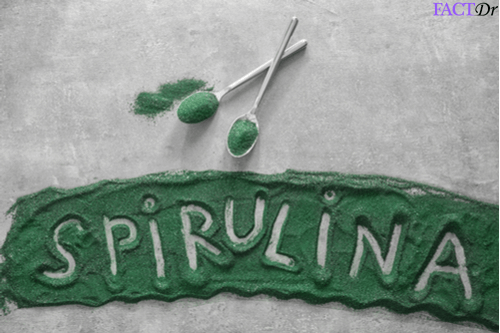 Spirulina, the name given to the species of blue-green algae found on salt water has been elevated to a superfood status, on par with several other healthy foods in the category. Spirulina spiraled the growth of a billion dollar nutrition supplements industry. Besides, it has a large fan following among well-known celebrities. Mainly because of which, this nutritional powerhouse has sparked public interest for many years for its alleged health benefits.

The growth trajectory of these ubiquitous algae is incredible; it is now being explored by NASA as a food option for astronauts traveling to space. These power-packed nutritional supplements have also provided food for thought among scientists engaged in studying malnourished populations. Can these blue-green algae hold promise as a solution for world hunger? 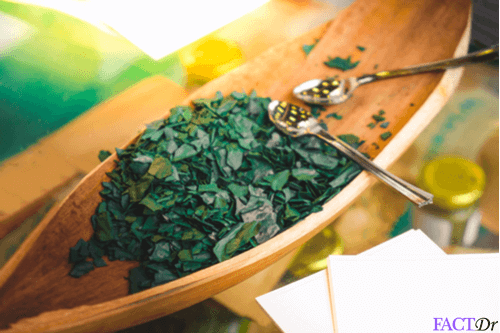 Spirulina is a kind of bacteria, labeled as Cyanobacteria. Popularly called blue-green algae, these organisms grow abundantly and naturally in sub-tropical conditions. They thrive in both salt, freshwater lakes and oceans. Much like plants, these bacteria rely on photosynthesis for their growth and sustenance. The bacteria are seen as crowed or huddled together with a strong blue-green color. They are tiny spirals, packed together so they don’t pose a big problem to harvest.

Is spirulina a plant? Interestingly, these blue-green algae on water bodies were initially classified as part of the plant kingdom. This school of thought prevailed due to the presence of plant pigments and its ability to photosynthesize. Later, detailed studies by scientists found that these blue-green algae were bacteria, named Cyanobacteria phylum.

The initial classification caused it to be under genus Arthrospira, and more studies showed it belonged to genus Spirulina. Spirulina has many species with just three prominent ones known for its high nutritional content.
Spirulina maxima, Spirulina platensis, and Spirulina fusiformis have been a researchers’ delight to study the nutritional profile and its influence on preventive healthcare.

Origin, History, and Growth of Spirulina

Spirulina was used in Mexico as early as the 16th century by Aztecs. Mexicans harvested the blue-green algae from Lake Texcoco.

These energizing bacteria kindled further interest after it was discovered by a French Scientist in the 1940s. He had found blue-green algae harvests around the Lake Chad in Africa. The scientist was curious to observe the abundant growth of the blue-green algae in this region filled with salt water lakes. It appeared to form part of the staple diet of people in this region. What piqued his interest in this rich bacterial growth was to understand any possible connection between consumption of these algae and longevity and good health of people in that area.

It was in 1970 that a French company first began the production of Spirulina for commercial purposes. The commercialization of this product has now spread to other countries. Japan and The United States are active producers of spirulina for commercial use. Apart from its use as nutritional supplements, the US FDA has permitted its use as a color additive in packaged food products. Candies and gum get their color from the blue-green algae supplement. Spirulina has grown to become a health option for millions of people globally.

The highlight of spirulina is in its unique nutritional breakup with 70% protein and endowed with the nutritional combination that is not found in any routine vitamin supplement.

Spirulina is available as an organic algae powder loaded with nutrients, B Vitamins and high levels of protein. It is commercially produced as tablets too. Some protein and energy enhancing powders also contain these health supplements as an active ingredient. The only safety condition is that it needs to be harvested from water bodies devoid of contamination.

Spirulina’s perceived health benefits are multi-fold and are thought to positively impact the functioning of the brain and body. The FDA has said that spirulina is rich in potassium, iron, B vitamins, niacin, magnesium, and calcium. It is known to be high on essential amino acids. Further, 70% of spirulina’s dry weight is just protein, which makes it a healthy and nutritious option.

Many misconceptions about spirulina abound, mainly around the health claims made by manufacturers of these supplements. Some of the health claims point to spirulina’s role in treatment for metabolic disorders, improving heart health and also aiding cholesterol and weight management.

Spirulina is also thought to alleviate mental and emotional disorders such as attention deficit hyperactivity disorder (ADHD), anxiety and depression. There are claims about its positive impact on premenstrual symptoms.
The NIH has said that more scientific research is needed to conclusively prove the health benefits of spirulina.

Since spirulina is being known for its impressive nutritional profile, scientists working on malnutrition programmes evaluated the effects of these supplements on a malnourished population.

A study conducted in 2016 showed that children who were anaemic and malnourished under age 5, that received spirulina supplements showed marked improvement in haemoglobin levels as well as growth and development. This progress was not found in the study group that were administered regular vitamin supplements.

Do these supplements actually alleviate attention problems in children? Do they have a positive effect on the nourishment of undernourished pregnant and lactating women?

There are no ready answers as scientists have expressed the need for detailed research to establish the efficacy of these supplements on a malnourished population.

There is much happening on this topic, currently a hotbed for on-going medical research. Several parallel studies are underway to gauge the effect of spirulina supplements on immunity, healing post injury and viral infections.

Can these supplements bring relief to the nagging symptoms of premenstrual syndrome?

In the absence of enough evidence to prove spirulina’s effect on weight loss, digestive disorders, memory issues, and emotional problems, the NIH has underlined the need for detailed studies to establish the connection.

Safety and Side Effects

Are these supplements actually doing more harm than good?

Generally, spirulina is considered safe, yet there is a possibility of contamination. Toxic metals or the presence of pathogenic bacteria could render the blue-green algae poisonous.