Stevia: A healthy sugar substitute or yet another risky additive? 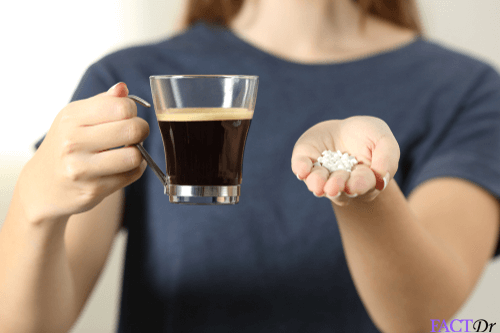 Home » Nutrition » General » Stevia: A healthy sugar substitute or yet another risky additive?

Stevia is a sweetener, which is produced from the plant Stevia rebaudiana.  Stevia rebaudiana is a member of the chrysanthemum family, a subgroup of the Asteraceae family (ragweed family).  Stevia is a plant native to South America.  It has been used as a natural sugar substitute and flavoring ingredient for hundreds of years and people used leaves of the plant to sweeten beverages or chewed them for their sweet taste. 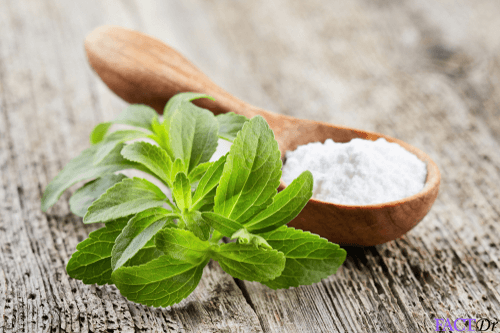 Today, stevia is also found as a zero-calorie sweetener. Stevia products which are usually found in the grocery stores do not contain whole stevia leaf.  They are made from a highly refined stevia leaf extract called rebaudioside A (Reb-A). Reb-A is about 200 times sweeter than table sugar.  Stevia has been used as an herb for centuries by the native Guarani tribes of Paraguay.

Scientific research has been conducted on stevia and numerous health benefiting plant-derived phytochemical compounds which can help control blood sugar, cholesterol, and blood pressure have been found in addition to it used as a natural sweetener.  The highly pure form of stevia leaf extract is used as added sugar content in foods and beverages.

The process begins by drying the leaves and then soaked them in hot water. Next, the liquid extract is filtered and purified with water or in some cases in combination with food-grade alcohol.  The chemical composition of stevia differs. Fresh extract of stevia has a different composition as compared to the dry extract of stevia.

What are its health benefits?

Believe it or not, stevia can help cut down the risk of the following diseases:

It is a medical condition in which there are high blood sugar levels over a prolonged period.  It is a disorder where the body does not produce insulin or does not use it efficiently.  People suffering from diabetes are forced to consume their daily beverages and other foods without the addition of table sugar because of the number of calories and carbohydrates they contain.  Stevia sweetener which is a zero calorie sweetener seems to be the best alternative for the normal table sugar since it does not contribute calories or carbohydrates to the diet.

They have also demonstrated no effect on blood lucose or insulin response.  Due to this ability of stevia, people suffering from diabetes have a wider variety of foods to choose from and comply with a healthy meal plan. Glucagon is a hormone, which regulates glucose levels in the blood, and the mechanism of secretion of glucagon is generally abnormal in people suffering from diabetes.

Studies have shown that stevia has the ability to significantly reduce blood glucose and glucagon response after a meal. Glucagon drops when blood glucose climbs which in turn regulates the glucose level.

Obesity is a medical condition in which excess body fat gets accumulated and can lead to an adverse effect on health.  It is defined by a body mass index (BMI). There are many causes related to obesity or overweight namely the physical inactivity and increase in foods containing high fat, high calories, and added sugar.

The intake of added sugars can contribute an average of 16% of the total calories in the diet, which is linked to weight gain and reduced control of blood glucose levels.  Stevia which is known to contain zero calories can help in reduction of calorie intake and reduce the body weight. People who try to follow a diet to reduce weight end up sacrificing taste due to the high calories content associated with it.  Stevia seems to be the answer, which provides the right taste as well the reduced calorie intake, which leads to a healthy lifestyle.

Pancreatic cancer is a disease in which the cancerous cells form in the tissues of the pancreas.  Stevia is known to contain many sterols and antioxidant compounds namely the kaempferol.  Kaempferol is a natural flavonol, which is a type of flavonoid, found in a variety of plants and plant-derived foods.  Studies have shown that kaempferol is involved in the regulations of cell cycle, metastasis, angiogenesis and apoptosis in various cancer cell types including pancreatic cancer.  Research has found that kaempferol can reduce the risk of pancreatic cancer by 23%.

Blood pressure (BP) is the pressure of circulating blood exerting on the walls of blood vessels.  High blood pressure, as well as low blood pressure both, can lead to serious health conditions.  Stevia is known to contain compounds called glycosides, which are a compound formed from a simple sugar and another compound by replacement of a hydroxyl group in the sugar molecule.  Glycosides which are present in stevia extract have been found to dilate blood vessels.  They also have the ability to increase sodium excretion and urine output. Stevia plant is also known for its cardiotonic actions.  Cardiotonic actions are known to normalize blood pressure and regulate the heartbeat.

Are there any side-effects of stevia consumption?


Stevia is generally recognized safe when a highly purified extract of stevia is consumed.  Safety studies have concluded that stevia extract is free of side effects. However, there seem to be some side effects related to the consumption of the whole stevia leaf.  Studies have shown that stevia herb may harm the kidneys, reproductive system, and cardiovascular system. When purified, stevia can be added to foods and are generally recognized as safe (GRAS) by the Food and Drug Administration.

It was originally thought that stevia could cause some danger to kidney health. Studies have suggested that stevia leaves in supplement form may instead contain qualities, which protect the kidneys and reduce the impact of diabetes.  Research also suggests that it is safe to consume the recommended amount of sugar substitute or less while pregnant. Stevia products also contain sugar alcohol. 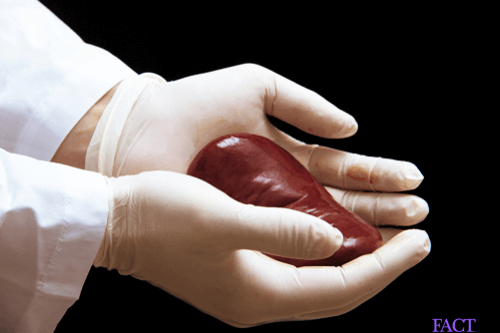 People who are sensitive to sugar alcohol may experience bloating, abdominal cramps, nausea, and diarrhea.  There are also reports that non-nutritive sweeteners may induce glucose intolerance and metabolic disorders.

As we know that stevia contains a compound called glycosides.  There was a concern that glycosides can cause allergy. There has been extensive research regarding this issue and the conclusion is that glycosides present in stevia are not reactive and are not metabolized to reactive compounds.  Therefore, it is unlikely that the glycosides in stevia should cause by themselves allergic reactions when consumed in foods.  It has been proved that even the highly purified forms of stevia extract are unlikely to cause an allergic reaction.

Different forms of stevia you can consume

Stevia can be found in many forms namely fresh stevia leaves, dried leaves, stevia extracts, and liquid concentrations.  People can choose between these varieties based on the amount of sweetness required.

Fresh Stevia Leaves:  This form of stevia is the herb, which is the most natural, unrefined state.  A leaf from a stevia plant when chewed will give an extremely sweet taste sensation similar to licorice, which lasts for quite a while.  Stevia is more practically used in tea as a sweetener when the leaves are dried and put through an extraction process, which makes the sweet taste even more potent.

Dried Leaves:  This form of stevia is more widely used and is more practically applicable.  Stevia leaves are dried and crushed for more of the flavor and sweet constituents of the stevia leaf to release.  Dried stevia leaf usually is available in bulk or packaged like tea bags. When the leaf is finely powdered, it has a greenish color and can be used in a wide variety of foods and beverages, including coffee, applesauce, and hot cereals. This form of stevia is used to make an herbal tea blend.  Dried stevia leaf has a distinctive flavor similar to licorice, which will blend very well with different aromatic spices, such as cinnamon and ginger.

Stevia Extracts:  This form of stevia is primarily used as a sweetener and is that of a white powdered extract.  This form of stevia is approximately 200 to 300 times sweeter than the table sugar. This white powder is an extract of the sweet glycosides, which are the natural sweetening agents in the stevia leaf.  The degree of refinement and the quality of stevia plant used determines the taste, sweetness, and cost of the various white stevia powders. Since the extracted stevia powder is intensely sweet, it is recommended that only a pinch be used to sweeten the beverage.

Liquid Concentrates:  Liquid form of stevia comes in several forms.  Stevia leaf when boiled in water gives a syrupy black liquid, which can enhance the flavor of many foods.  Another type of liquid stevia is made by soaking stevia leaves in distilled water or a mix of water and grain alcohol.  The last type of liquid concentrate can be made from the white powder concentrate mixed with water and preserved with grapefruit seed extract.

Stevia is a natural-origin sweetener, which increases the options for reduced sugar and reduced energy foods and beverages.  Stevia has shown promise to help lower calorie intakes, which may lead to the reduction and prevention of obesity. Stevia products made with Reb-A is considered safe, even for pregnant woman and people with diabetes. These products rarely cause side effects.

More research needs to be done to provide decisive evidence on weight management, diabetes, and other health issues. Whole-leaf stevia is not approved for commercial use.  Stevia is considered safe for everyone when used moderately. An approval from a medical professional is advised before consuming it especially people suffering from a serious medical condition such as diabetes, heart disease, or high blood pressure. 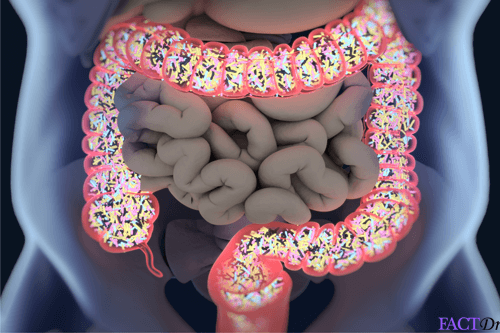 There are some instances when stevia tends to interact with drugs and hence caution is advised when using medications, which could lower blood sugar. People taking insulin or drugs for diabetes by mouth should be monitored closely with regular and timely blood checks by a qualified healthcare professional.  Stevia may also interact with antifungals, anti-inflammatories, anti-microbials, anti-cancer drugs, anti-virals, appetite suppressants, calcium channel blockers, cholesterol-lowering drugs, drugs that increase urination, fertility agents, and other medications.

Bottom line is that stevia is safe to consume and is an ideal alternative to sugar.  The potential health benefits of stevia require further research to have a better picture.