Nutritional Yeast : How can a fungi culture be good for your body? 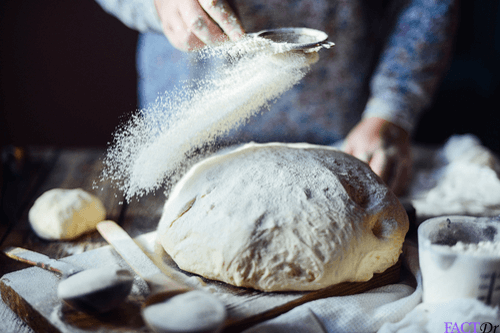 Home » Nutrition » Nutritional Yeast : How can a fungi culture be good for your body?

Yeast: Back to the biology basics

Yeast is a single-cell fungus that is found on plants, fruits, grains, and on the human body.  There are about 160 species of yeast.  Saccharomyces cerevisiae is the scientific name for yeast and has been used since ancient times, such as brewing, winemaking, and baking.

The history of yeast dates back to ancient Egypt, where it was used to bake the bread.  A mixture of flour meal and yeast was left out a bit longer than usual on a hot day and the yeast in the flour caused it to ferment and created what was most likely sourdough bread.  The mystery of yeast was not solved until the invention of the microscope, where scientists were finally able to view this single-celled organism. 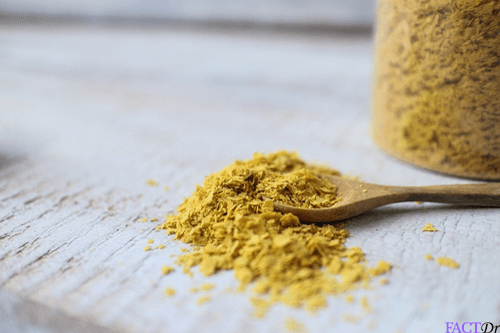 Yeast needs the same vitamins and amino acids that humans need and nutritional yeast are grown on sugary foods lacking in some nutrients.  The yeast is forced to manufacture its own amino acids and vitamins through biochemical reactions.

Nutritional yeast is deactivated yeast, often a strain of Saccharomyces cerevisiae, which is sold commercially as a food product.  It is a significant source B-complex vitamins and contains trace amounts of several other vitamins and minerals.

Nutritional yeast is fortified with vitamin B12.  Nutritional yeast has a strong flavor that is described as nutty, cheesy, or creamy, which makes it popular as an ingredient in cheese substitutes.  It is usually used as an alternative choice for cheese.

Nutritional yeast is produced by culturing yeast in a nutrient medium for several days.  The main ingredient in the growth medium is glucose and extracted from either sugarcane or beet molasses. When the process is completed, yeast is deactivated with heat and then harvested, washed, dried and packaged. The species of yeast used is strain of Saccharomyces cerevisiae.

The strains are cultured and selected for desirable characteristics and often exhibit a different phenotype from strains of Saccharomyces cerevisiae used in baking and brewing.

Fleischmann’s developed granulated active dry yeast for the United States armed forces during World War II. This new form of yeast did not require refrigeration, had a longer shelf-life, and better temperature tolerance than fresh yeast, which is still used in modern days.  Lesaffre later created instant yeast in the 1970’s, which has gained considerable use and market share at the expense of both fresh and dry yeast in their various applications.

The below table gives us information of nutrients in nutritional yeast.

How does consuming nutritional yeast affect your body…

Nutritional yeast has a full spectrum of B vitamins, Chromium, 16 different amino acids, over fourteen key minerals, 17 vitamins, and source of phosphorous.

Nutritional yeast is rich in Thiamin, Riboflavin, Niacin, Vitamin B6, Folate and Vitamin B12, which are called as B vitamins.  They provide energy and help maintain proper brain function.  They help in maintaining beautiful and healthy hair.  B vitamins also have an impact on our fat burning, sleep, and much more.

B vitamins are depleted during stress and consumption of junk foods, which makes daily consumption of B vitamin-rich foods more important.  B12 helps maintain strong hair, nails, and skin, and it helps to maintain a healthy digestive system.  B12 reduces fatigue and regulates our central nervous system, minimizing stress. Nutritional yeast does not contain vitamin B12 naturally and cannot produce vitamin B12 and needs to be fortified with it at the end of the process.

Amino acids present in the nutritional yeast are vital for muscle growth and repair.

Nutritional yeast is a source of over 14 minerals.  Minerals help the body grow, develop, and stay healthy. The body uses minerals to build strong bones, transmit nerve impulses.  Minerals are even used to make hormones and maintain a normal heartbeat.

Nutritional yeast is a rich source of phosphorous.  Phosphorous helps in the formation of bones and teeth.  Phosphorous is important in how the body uses carbohydrates and fats.  It is also needed for the body to make protein for the growth, maintenance, and repair of cells and tissues.

Nutritional yeast contains carbohydrates namely alpha-mannan and beta-glucan.  Alpha-mannan and beta-glucan reduce the frequency of infections from pathogenic bacteria like Escherichia coli and Salmonella, as well as reduce tumor formation.  They stop pathogenic bacteria from attaching to the lining of the intestines.  They stimulate immune cells, making them more effective at fighting infection.  They attach to certain types of toxins that yeast can produce in food crops and reduce their harmful effects.

Nutritional yeast is also used as a probiotic.  Probiotics are live microorganisms, which when administered in adequate amounts confer a health benefit on the host.   Probiotics may be consumed either as food component or as non-food preparations.

Yeast: How is it used in pharmaceutical and food industry?

Yeast is used in a number of products as listed below:

Are there any side effects of yeast? 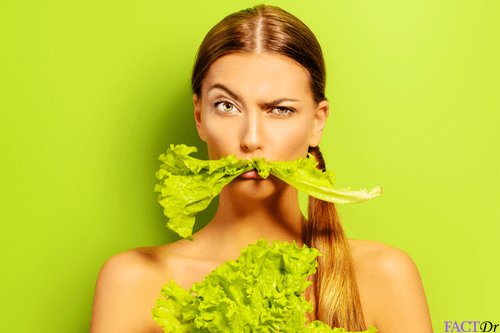 Yeast is found in different parts of the human body namely oral cavities, the digestive tract, and on the skin.  A healthy biological system, helpful bacteria keeps yeast in balance.  There are also cases where patients have suffered from yeast infection after consumption of course of antibiotics.

Yeast infections occur post-antibiotic course because antibiotics kill more than just the harmful bacteria in our body, as they also kill beneficial bacteria and results in Candida overgrowth.

Candida is the usual cause of yeast infection as it depletes the essential nutrients like iron and other minerals and makes the blood very acidic.  Candida Albicans overgrowth can lead to a number of health conditions, such as irritable bowel syndrome, alcoholism, anxiety disorders, food allergies, multiple sclerosis, asthma, and a host of other autoimmune conditions.

Candida Albicans can slowly destroy our digestive system, immunity, and also drain out energy, which leads to the following symptoms: 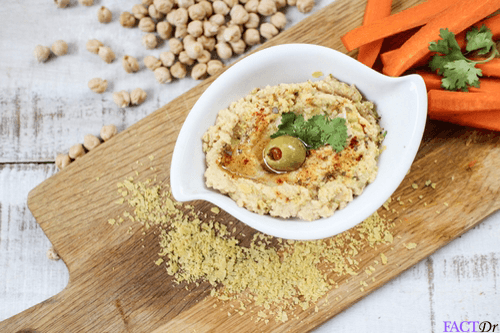 Nutritional yeast is an entirely different form of yeast when compared to brewer’s yeast and is constituted of Saccharomyces cerevisiae and has no connection to Candida.

In addition to being a different strain, it is heated and therefore is not active yeast and has no effect on Candida whatsoever, either positive or negative.

Our body treats it just as it would to any other food.

In some cases, it is argued that nutritional yeast is not well-tolerated by people having Candida Albicans overgrowth, but there is no scientific explanation or research to support this.  Since nutritional yeast is deactivated, we use the finished product, which is an assortment of vitamins and minerals, plus macronutrients such as protein, carbs and a little fat.

There is also an argument that since yeast contains phosphorous, which can lead to acid-forming effect in the body, but the actual truth is nutritional yeast does not contain high amounts of phosphorous and does no harm to the body.

There is a myth that nutritional yeast contains MSG-like compounds and MSG is a well-known excitotoxin.  Excitotoxins are a class of chemicals (usually amino acids) that overstimulate neuron receptors.  Neuron receptors allow brain cells to communicate with each other, but when they are exposed to excitotoxins, they fire impulses at a rapid rate that they become exhausted.

The truth with nutritional yeast is it is different from yeast additives and natural yeast without additives have around 6% to 11% naturally occurring glutamic acid, which is nonessential amino acid produced by the human body.  The problem lies only when there is consumption of a large amount of processed food, which contains processed glutamate, which is the harmful and excitotoxic component of MSG.

Nutritional yeast is generally considered acceptable in moderate amounts for those following a diet.  It can be concluded that not all food or beverage, which contains yeast or uses yeast in its processing is bad yeast and nutritional yeast is proof of that.