A few details about Biltong 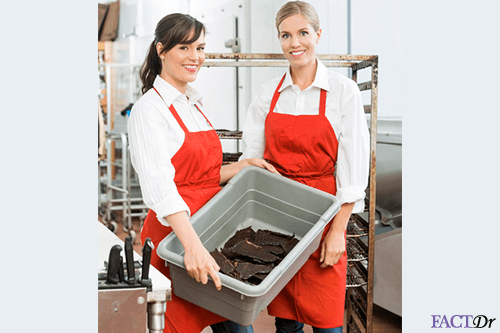 Biltong is a form of dried and cured meat, mainly beef, and it is a common food item in South African countries. These countries include South Africa, Zimbabwe, Namibia, Botswana and Zambia. You may also use poultry, fish or game meat. The meat is cut into thin slices and air-dried after adding specific flavouring components. The process has been followed in Africa long before the invention of refrigerators. The spices used include allspice, coriander, salt, pepper and vinegar. Presently spices like curry, cloves, and ginger, are also added to increase the flavour of the meat. There is a tendency to compare Biltong with beef Jerky, but the flavours and the methods of preparation of the two items differ.

Biltong is not only a popular dish but also a part of the South African culture. Each family has their traditional Biltong recipes that are not commonly shared. It took decades for the earlier generation to perfect the preparation process through trial and error. Since the meat is air-dried and no heat is required, the methods of preparation are tricky. The special preparation process makes Biltong an all-time delicious snack. Several dishes can be cooked with Biltong. Since Biltong encompasses natural ingredients, it is considered a healthy food and also as a good source of protein.

The product is available in butcheries and grocery stores across South Africa. At present, Biltong has gained popularity in the USA, and some brands are using traditional South African methods of preparation. With the market for meat-based snacks expected to raise over $9 billion by 2022, the demand for Biltong is on the rise. Besides, Biltong is also becoming popular in countries like Canada, the United Kingdom, Australia, New Zealand and Ireland.

The history of Biltong

For centuries, Biltong was prepared by the indigenous people of South Africa. The prime objective was to preserve meat as a food source for the future. They used basic resources which included a knife for cutting, salt and a proper spot to hang the meat for drying. The 17th-century European settlers saw the advantages of preserving meat in this manner. Once they adopted the method, vinegar and saltpetre (potassium nitrate) were incorporated in the process of curing the meat. The use of potassium nitrate killed the strains of the bacteria Clostridium botulinum, which causes botulism.

In the 19th century, a significant number of Dutch settlers moved into South Africa to avoid the British rule. The long journey of their wagons was called the great trek, and they needed non-perishable food that would serve them through the journey. So Biltong was their first choice in terms of a sustainable source of nourishment and energy. The word “biltong” derives from two words, “bille” (for buttock) and “tonghe” (for strip or tongue). It was the first step that made Biltong a popular choice among a large section of the European settlers.

Originally, Biltong was prepared during the cold, dry months when the chances of bacterial infection were much lower. While preparing Biltong, the beef is cut into lean slices. The flavouring entails a mixture of salt and spices, and it takes around 30 minutes. In some particular recipes, it may be necessary to marinate the meat in vinegar for some time. In other traditional methods, the meat remains immersed in the vinegar, salt and the spice solution for around 12 hours.

The spices used include rock salt, whole coriander, cloves, roughly ground black pepper and brown sugar. Additionally, most of these spices have antimicrobial properties. The next step is to hang the piece of meat in a warm room, which has low humidity. This process of air drying lasts for 14 to 21 days. In modern methods of preparation, an instrument like a dehydrator is necessary.

The nature of the final product also depends on the type of cut. If the meat contains a 50-per cent fat volume, it can be soft and chewy. When it has a lesser amount of fat, the final product can be dry in nature. To produce Biltong, cut the meat into slices 1 inch thick. However, thicker slices may also be used. A tender texture is desired as it gives the product a uniform shape. Recently Biltong is being produced by heating the meat in specific temperatures in an oven assisted by an electric fan. But traditional makers still prefer natural drying as they feel that air-drying results in the generation of the best flavours in the final product.

As a snack, Biltong is being considered very healthy, with quite a few benefits. The quantity of nutrients in 28 grams or one ounce of beef Biltong is listed below.

Benefits of a Biltong snack

With just around 3% fat in a 25 grams serving, Biltong is a good choice of food for those who are conscious about their diet or trying to reduce weight. Another advantage is that Biltong is also free from gluten.

Even though it is healthy, Biltong is a tasty food item that is often considered a delicacy.

Biltong is rich in protein and low in carbohydrates. A small amount of beef Biltong is sufficient to meet the daily protein requirement of an average person.

A large amount of protein in Biltong helps in maintaining the muscle mass of the body.

Biltong is also rich in nutrients like zinc, iron, magnesium and vitamin B-12. From developing healthy blood vessels and nerve cells to boosting immunity, these nutrients are crucial for the functioning of the body.

Biltong is rich in protein and low in carbohydrates. A serving of 25 grams of lean beef biltong can give you half your daily protein requirement.

The high protein content of biltong makes it a great post-workout snack. The amount of nutrients in it also helps in replenishing the mineral reserves of the body after a strenuous workout session.

Since it is free from preservatives and completely natural, it is well suited for all age groups and a better option for health. The use of traditional spices ensures that it is free from any harmful chemicals.

It is easy to preserve and pack, which makes it easy to carry around. You can carry Biltong to your gym or pack it before going for a multi-day hiking or camping trip.

In many cases, moms use the chewy property of Biltong to help kids with their teething problems.

The adverse effects of Biltong

Even though Biltong is considered as a healthy snack, consuming too much of it is not a good choice. Here are some reasons that can make overconsumption an issue.

Research has suggested that overconsumption of processed and cured red meat can increase the chances of cancer, especially in the gastrointestinal tract. A recent study has also pointed out that fungi can infect dried and cured meat. It may cause the development of toxic substances like mycotoxins in the meat. Mycotoxins can cause cancer in human beings.

Another disadvantage of Biltong is that it is high in sodium content. Some varieties come with almost 20 per cent of the daily requirement of sodium. Excess consumption of sodium can lead to high blood pressure and can affect the state of the heart, leading to a stroke. Those who are following a diet that restricts sodium intake will find that Biltong is not the right choice as a snack.

Some varieties of Biltong are made from high-fat cuts of meat. These types of Biltong can have high-fat content and is not a good choice from health aspects. As per the latest research, it is a healthy option to replace saturated fat derived from animals with unsaturated fat from plant sources. Therefore, while consuming Biltong makes sure that you have a balanced diet that includes both types of fat.

Biltong also contains some amount of nitrates, and research suggests that bipolar patients should avoid the consumption of nitrates. Nitrates are linked with cancer in some cases.

Even though Biltong has many benefits, consuming it in moderation is the key. It is okay to consume Biltong occasionally, as a snack. However, it should not be a replacement of whole, minimally processed foods.

Difference between Biltong and beef jerky

Since these two items are produced from meat and are dried, they are often confused by food lovers. But there are quite a few differences between the two in terms of preparation and the method of curing.The method of drying the meat is different for both the processes. Jerky is roasted or smoked for a few hours, but Biltong is not cooked at all. Traditional Biltong is air-dried completely. This drying process can last for more than a week, depending on the method in use.

The two food items use different cuts of meat for their preparation. Jerky is generally prepared from lean cuts of meat whereas Biltong uses wide, thick strips of meat. The thicker strips make the meat easier to hang for drying. The meat used for Biltong can be lean or fatty, depending on the process. The meat pieces used in Jerky are of irregular shape that makes it easy to cook, but for Biltong, uniform pieces are used.

The type of spices used in the preparation also differs. For Biltong, a combination of salt, vinegar and spices are used, whereas, for Jerky, there is no vinegar. Jerky is prepared using items like sugar, soy sauce and Worcestershire sauce instead of spices like cloves and cardamom.

The two products also differ in terms of taste. While Jerky has a smoky flavour, Biltong is considered tastier.

The addition of vinegar also adds a sour, acidic flavour to Biltong that Jerky does not have.

Since Jerky is prepared from lean meat, it has a higher moisture content. But in the case of Biltong, the texture of the meat varies from moist to dry and crumbly. This is because of the various types of cut that are used in the preparation process.

Most commercial varieties of Biltong are made from beef, but one can also use ostrich, venison, and other game meat. Biltong, therefore, offers a wide choice of meat for food lovers. Another good aspect of Biltong is that it does not come with an expiry date. The process of drying and curing protects the meat from contamination, and hence it does not get spoiled. However, the fresh and flavourful taste will not last if it is stored for a long time. Today Biltong is a popular choice among sportsmen, hikers and food lovers in general due to its special flavour and high level of nutrients.

In general, it is advised to follow a balanced diet so that the body is not dependent on nutrients obtained from a particular food item. So any consumption of red meat should be balanced with the consumption of green vegetables, fruits and whole grains. Biltong is a culinary delight that can be consumed in various forms, and the convenience it offers as a snack makes it unique. Make sure that you choose brands that use the best and completely natural ingredients for making Biltong. With the right amount of balance in your diet, a delicious bite of Biltong is something you can enjoy.