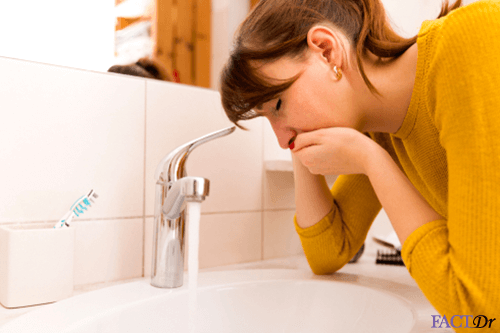 It is usual to suspect pregnancy after a period is missed. However, many women experience signs of pregnancy even before a period is missed. On the other hand, a missed period does not always indicate pregnancy say the experts. This is because many women suffer from menstrual irregularities and these arise from various causes. Some of these are using birth control pills, conditions such as diabetes and polycystic ovary syndrome, eating disorders and the use of certain medications. After missing a period the first step is to conduct a pregnancy test. In case the test yields a negative result, the woman should consult a doctor to check for any health problems.

There are other early symptoms of pregnancy even before the period is missed. But these vary from one woman to another. There are no signs or symptoms that are unique for the first stage of pregnancy. So even with common signs like morning sickness, smell sensitivity and fatigue, confusion is quite common. Also, it is also not necessary that these signs that were experienced during the first pregnancy will be true for subsequent pregnancies too. In general, pregnancy is divided into three trimesters and each one of them lasts for thirteen weeks. The duration of a pregnancy is technically measured from the first day of the woman’s last menstrual period and hence a full pregnancy can last for a period of around ten months.

The period of pregnancy is measured by using the term “gestational age.” In many cases, it can be accurately determined by conducting an ultrasound. The expected delivery date is also calculated based on this time frame. The fact is that sooner the pregnancy is confirmed, the prenatal care can begin for the mother. So in case you have any doubts, the first option is to take the home pregnancy test.

The changes in the body during early pregnancy

There are a series of changes that happen in the woman’s body in order to adapt pregnancy. While some of the changes like an expanding belly and weight gain are external, there is also a range of internal changes that take place. In the 3rd and 4th weeks of pregnancy, the fertilized egg moves along the fallopian tubes and keeps dividing into more cells. The egg finally reaches the uterus in around 3 to 4 days after fertilization has taken place. This ball-like formation of cells then floats around the uterus for a few days. The next stage involves the process of implantation, where this ball attaches itself to the lining of the uterus. Implantation occurs around six days after fertilization and it takes 3 to 4 days for completion.

Hormonal changes in the body during pregnancy

During the first trimester, there are significant changes in the hormonal levels of the body and this can lead to a range of physiological and psychological changes. The hormones that play a significant role include oestrogen, progesterone, prolactin, renin, human chorionic gonadotropin (hCG). Some of the major changes are listed below:

Changes in sense of balance:

Since the shape of the body gradually changes as pregnancy advances, the sense of balance changes. This is due to the enlargement of the breasts and also due to the abdomen turning convex, thereby increasing the spinal curvature. This can make fast movement and some exercises difficult during pregnancy. The overall sense of balance varies from one woman to another and there is also an increased risk of spraining an ankle or the knee. While it is important to remain careful, it is also necessary to remain active during this period.

With the rising levels of hCG, nausea and vomiting can be experienced. The hCG is produced initially by the layer of the embryo that transforms into the placenta. This suppresses the immune system of the mother and allows the baby to grow normally. The high levels of hCG in the first trimester can indicate twins or triplets or a case of molar pregnancy. On the other hand, lower levels of hCg can lead to loss of pregnancy, risk of miscarriage or ectopic pregnancy.

The fluctuating levels of the hormones can have a major impact on the moods of a pregnant woman. It can lead to anxiety and depression in some cases. The high levels of progesterone can also slow down the passage of food through the intestine and increase the level of fatigue and sleepiness. It is important to find the right time to rest, relax and perform exercises to deal with these psychological problems.

Changes in the heart and kidney function:

The amount of blood that the heart pumps increases during pregnancy and as a consequence, progesterone lowers the overall blood pressure. It is important not to sit or stand in the same place for long hours and exercise regularly to prevent swelling of the legs. The growth of the uterus and the effect of progesterone can dilate the ureters, the tubes connecting the kidney and the bladder. This can restrict the flow of urine and can cause discomfort. Exercise can also help to provide relief from this condition.

Changes in the skin are common during pregnancy and this can include melasma, which is a kind of skin pigmentation. The high levels of oestrogen can also lead to the formation of small dilated blood vessels under the skin. Most of these changes disappear after pregnancy but the stretch marks on the skin can stay permanently.

One of the pregnancy hormones is Relaxin that relaxes the joints and ligaments to make spaces for the baby in the pelvic region. The hormone also acts on the other joints and ligaments in the body and stretches them by some amount. This can cause back pain and sciatica. Sciatica is a pain that occurs along the sciatic nerve which starts from the lower back and runs down along the back of the leg.

The major symptoms during the early stage of pregnancy

Many women experience the first symptoms within the first weeks of pregnancy, while others may take some more time. Some of the common symptoms are discussed below in further detail.

As already mentioned, this is the first sign of pregnancy as menstruation does not happen throughout the entire period of pregnancy. During the period when the fertilized egg is implanted in the uterus, mild cramping and spotting can be experienced. This can often be mistaken as a period even though it is much lighter than a normal period. There can also be some amount of pain experienced during this phase. This can happen anywhere between 6 to 12 days after fertilization. For women with irregular menstrual periods, identifying this as a mark of pregnancy can be difficult.

Pregnancy also leads to an increase in the basal metabolism rate which causes the body temperature to rise. During exercising or in the summer, the core temperature of the body can also rise at a fast rate. So proper hydration and taking care while exercising is necessary.

This is a common symptom experienced by many women. This can actually happen during any time of the day and is most common between the 2nd and 8th weeks of pregnancy. Some women find relief by the 13th or 14th week while for others this may continue for longer periods.

This symptom usually starts from the time period between the 6th and the 8th week. The frequent urination is brought about by the hormonal changes and due to the increase in blood flow that causes the kidneys to filter out more water.  However, if there is a burning sensation during urination, it can be due to a urinary tract infection that needs medical supervision.

A few specific smells can lead to nausea and even vomiting during pregnancy. There is no proper scientific evidence behind it even though it is commonly reported during the first trimester. There can also be a sudden distaste or craving for some particular food items. This can last during the initial phase or for the entire period of pregnancy. Some women also feel a strange metallic taste in their mouth.

A feeling of tiredness is very common among women in the early stages of pregnancy. This is due to the effect of the hormones and the multiple changes happening in the body to maintain the pregnancy. However, this can also be caused by other nonspecific factors. Some women feel fatigued within 1 week of conception. Along with a sense of fatigue, there can also be a rise in headaches during the first few weeks of pregnancy.

This is another symptom that occurs during the early stages. The hormones make the valve that lies between the stomach and the oesophagus to relax. This can cause the acids in the stomach to leak out into the oesophagus, causing heartburn. In addition, there can also be a sensation of feeling bloated during this period.

The mucous membranes in the nose can swell, get dry and bleed more easily as a result of the hormonal variations. This can result in a blocked or a running nose, leading to some discomfort.

A home pregnancy test is easy to do and compact test kits are readily available. In case the test provides a positive result, you can be sure that you are pregnant. A negative result is not that reliable, especially if the symptom persists. In such a scenario, you can wait a week and repeat the test. If the symptoms still persist without confirmation of pregnancy, you can visit the doctor for a thorough check-up.

Note that all these symptoms are not uniquely related to pregnancy and a woman can be pregnant even without experiencing any of these symptoms. However, the early symptoms can interfere with daily life and cause problems for a working person. In case you have any doubts about the pregnancy it is best to approach the doctor and ask him for the reasons behind the symptoms or about any other concerns. If pregnancy has been determined, then the next step is to identify any risk factors and determine the gestational age of the baby for the right level of prenatal care. Depending on the health and medical history, the number of appointments that a woman may need during pregnancy varies.