Sociopaths: How to identify the ones lurking around you? 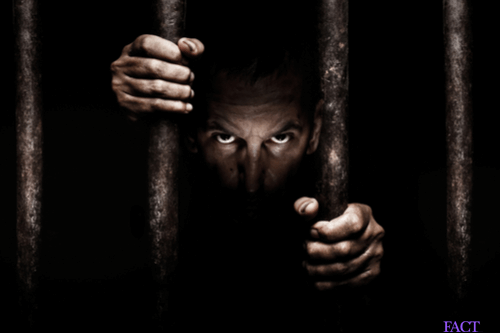 Home » Mental well-being » Behaviors » Sociopaths: How to identify the ones lurking around you?

Sociopath or a “high-functioning” psychopath?

The words sociopath and psychopath create a grim and crime-centric picture in most people’s mind and the brain races to conjure the image of a serial killer lurking in the corners to stab someone. This definition, though not completely wrong, often portrays an incomplete description of what is loosely referred to as a sociopath in the popular media.

As per the definition accepted by most psychiatric research organizations, a sociopath is someone who suffers from ASPD or Anti Social Personality Disorder. In medical terms, ASPD defines a personality disorder wherein an individual’s behavior shows complete disregard to the condition of others. Apathy to other’s situation – be the other person caught in painful suffering or in a highly derisive situation – is what dictates a sociopath’s behavior.

A sociopath lacks empathy.  A sociopath’s cognitive abilities and emotional response are dominated by cruel intent, selfish motive, and a blatant indifference towards the pain of others. They are incapable of feeling guilt and remorse. And to add to this list, sociopathic behavior is guided by impulsive thoughts and action, as opposed to patient and calculative steps. 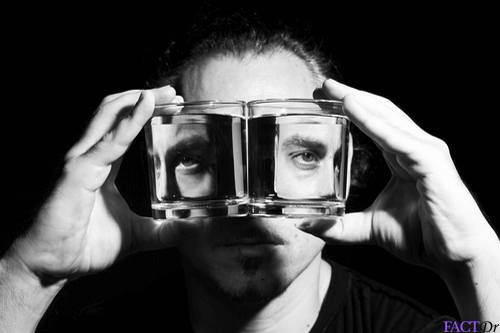 A sociopath’s main motive is to take advantage of others for their personal gain; even if that taking of advantage could spell doom for the other person. A sociopath’s innate skill of manipulating others and be deceitful for personal gains is what makes him/her a classic case of ASPD.

When talking about a very closely related term that is often used interchangeably with the sociopath, i.e, psychopath, there is a thin line of difference between both of these. A psychopath can be considered as a heightened case of a sociopath where the individual has grown to be more physically violent, destructive, and calculative in nature.

A selfish motive and apathy is a common trait seen in a lot of people. So what is the distinguishing factor? How does one draw a line between selfishness and sociopathy? And do gradually all sociopaths end up becoming a psychopath?

Let us answer all these questions, but first, how can one correctly spot a sociopath within a crowd?

How to correctly spot a sociopath

Theodore Robert Crowell, famously (or rather notoriously known as Ted Bundy), was a serial killer, rapist, kidnapper, thief, and a necrophile who owned up to more than 30 homicides, most of which were of young women.  His signature style of preying on people was deceiving them with his oozing charisma and pleasing personality and often seducing them with his power and charm.

Jeffery Lionel Dahmer or the Milwaukee Cannibal /Monster, was another American serial killer and a sex offender was involved in the bloody mutilation and death of more than 17 boys and men, not to mention in the act of cannibalism too.

And the world of movies and TV shows is rife with examples of such predators that are always on the prowl for finding helpless victims and making them a target of such heinous acts. 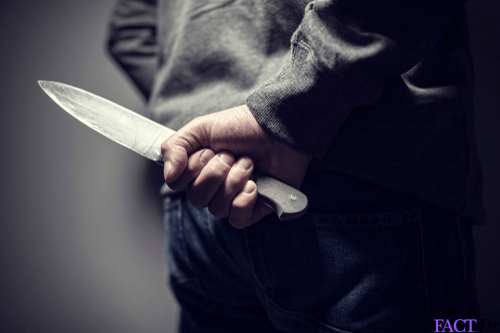 Going back to the definition again, a sociopath is someone who shows utter apathy towards the pain of others and uses them manipulatively for his/her own benefit. The criminals mentioned above fall in the category of psychopaths since their acts fall in the violent spectrum mostly.

So how does one actually spot a sociopath? What are the typical traits shown by a sociopath that can help us better understand them? Let us look into these characteristics closely.

Sociopaths love this game – the power play. It means asserting dominance over others either for their selfish motive or just for the fun of it. Sociopaths are often brimming with energy which is mostly channelized to dominate others. This act of dominance is, in most cases, done carefully so as to not break any rules or laws. They are adept at achieving what they set out for and often use a dominating strategy to achieve their ends. Winning is their main motive and they have an unsaid desire to dominate and win everything at all costs.

If Dahmer was indeed a serial killer with an innately criminal bent of mind, then how come he ended up seducing and charming dozens of people? That’s because, even if sociopaths and psychopaths have a tendency to be heinous and merciless, they often cover it up with an equally pleasing personality and charming aura. This is their modus operandi. They lure their victims with bright shiny eyes, pleasing smiles, and a so-called genuine interest in them.

Keeping aside textbook criminal intent aside for a moment, sociopaths are often the life of the party – someone whom people naturally gravitate towards. Their talks are full of wit and knowledge; such extremely likable traits help them progress further in manipulating people. And don’t be fooled – they love to love themselves. This makes them a narcissist too.

The compulsive lying and manipulation

This is the foolproof way to spot a sociopath. Do you know someone who can lie effortlessly to save their skin or manipulate others into doing what they want? Then high chances are he/she is a sociopath. Exaggeration of their personal life stories to grasp the attention of the listener and dominate the conversation is something they are adept at doing.  They can lie through their teeth and often make you an unsuspecting victim of manipulation and coercion all because they need something from you.

The faking of emotions

A sociopath is someone who can go to any extent to achieve selfish goals – even if it means faking emotions such as empathy, compassion, and love. Since they are incapable of feeling anything for the other person – guilt, sadness, remorse, happiness, etc they need to FAKE these emotions to be liked by others. If a person has a chronic tendency to build on fake relationships by using the ladder of not-so-heartfelt emotions only so that he/she can extract gains out of it – that’s a clear cut sign that he/she is a sociopath.

Hence in a nutshell, how to spot a sociopath? – Look for someone who is often the center of attraction in a gathering, oozes charm and wit, can lie through their teeth, and great at faking emotions – you have your sociopath.

Why do some people turn out to be sociopaths?

Now that we have established a set of rules that can guide you identify a sociopath correctly, let us delve deeper into understanding why do some of us end up becoming one? What pushes a normal person into becoming a sociopath? Does it have to do with a traumatic childhood? Or abuse during adolescence? Or it is hidden in your DNA make-up?

The thing is when it comes to mental conditions such as ASPD which makes a person a sociopath, more often than not; it’s the additive effect of both nature and nurture. Talking about the anatomy of a sociopath’s brain, experts opine that a sociopath’s brain develops at a slower rate than that of a normal person. This slow development often impacts the regions of the brain where the emotions of empathy and compassion are processed. In the same lines, an injury to the brain can also result in similar damage.

And talking about the DNA aspect of it – sometimes a dysfunctional makeup of the brain’s circuitry (something which is dictated by an individual’s genes) can be a critical reason. 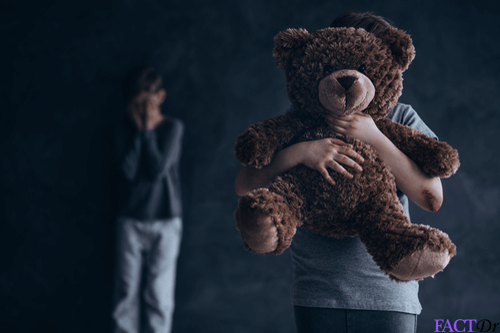 Now, coming down to the external factors that may promote the sense of sociopathy in some; it could range from extreme poverty to abuse to neglect. Such emotionally adverse conditions tend to alienate a growing individually from feelings of empathy, kindness, and compassion.

Since they have been deprived of basic goodness and nurture from the fundamental stages – they are filled with inexplicable rage. This rage and anger towards the societal system push them to use other fellow beings as objects.

The following genetic and environmental conditions can increase the relative risk of a person developing sociopathic tendencies.

These are not a definitive set of factors whose presence WILL turn a person into a sociopath.  But the presence of these factors has been closely observed in most cases of sociopaths giving experts an idea of what could be some of the fundamental reasons.

The brain of a sociopath revealed

Surprising as it may sound, in the world of psychology there is no one set the official diagnosis of a sociopath.  The DSM – IV which lays out the key traits of a sociopath in terms of narcissism, manipulativeness,  and lack of empathy also categorizes this condition as abnormal personality functioning. This means even though this is a personality disorder, it often goes undiagnosed or under-diagnosed.

The brain scans of a sociopath show certain fundamental aberrations, mostly in the region known as orbital cortex – the center of emotions, ethics, and impulses. Such a brain scan typically shows reduced activity or gaps in the orbital cortex activity proving that there are neurological differences between a sociopathic and normal brain.

Other anatomical differences include reduced sizes of the hippocampus, frontal lobe, and corpus callosum; and overall decreased grey matter. So why do these abnormalities inadvertently lead to sociopathic tendencies?

In the seemingly limited space of the brain, when some regions have reduced, the ones that dictate egocentric aspects of the personality such as rage, increased appetite for food, sex, and other pleasures, addiction, etc increase. This is what experts believe is the core neuropsychology guiding the brain of a sociopath.

Did you know these facts on sociopaths?

Can sociopaths be treated for their condition?

The treatment of sociopaths poses a complicated challenge to the scientific world as well as the world of crime and punishment. Since the diagnosis of this sneaky disorder is often out of bounds for most psychiatrists certain signs such as an obsession with fire, cruelty towards animal (especially in the younger years), violent nature, compulsive lying, and constant disregard for rules can help assess this condition.

Once, through the behavioral and imaging techniques, it has been established that a person does carry sociopathic traits, the next logical question is – can it be treated? Truth be told, sociopaths can’t be cured. The only thing that can be done is to use a set of the treatment protocol to bring down the severity of symptoms. The following measures have been used to control manage the symptoms in a sociopath.

One should note that the effectiveness of these methods depend on the individual patient and his/her willingness to accept that he/she is a sociopath. In severe cases, where the condition has heightened to psychopathy, institutionalization might be the only way to protect the people around the said individual.

How to behave with sociopaths?

Being around someone who is a sociopath will make you vulnerable to deceit, emotional and physical harm, and not to mention manipulation. Thus, it is of paramount importance that the moment you realize in the company of such a person, completely remove him/her from your life. Even though it would seem hard at first, since they are skilled at emotionally blackmailing people, one should be mentally strong enough to take this necessary step.

This is the one and only step to prevent a sociopath causing any trouble or harm to you. Ensure that you are not enabling a sociopath’s behavior by giving him/her attention or lending a helping hand.