Krill Oil: Does the solution to human illnesses really lie at the depths of the ocean? 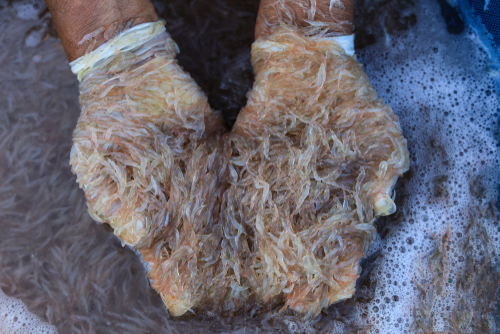 Home » Supplements » Wellness » Krill Oil: Does the solution to human illnesses really lie at the depths of the ocean?

Krill (scientific name: Euphausia superba) is a tiny prawn-like creature that is usually found in the colder waters of the ocean. The word “krill” means “small fry of fish” in Norwegian. They are usually the primary food source of other animals in the ocean including birds, penguins, seals and whales.

Krill has a reddish appearance owing to the plankton they consume. They are mainly found in the oceans near Japan Antarctica and Canada. Since krill is rich in omega-3 fatty acids, they are harvested by humans.  However, this has proved to be controversial as the commercial harvesting of krill has threatened the animals that depend on it for food. This, in turn, upsets the natural balance of the ocean.

What is Krill oil? 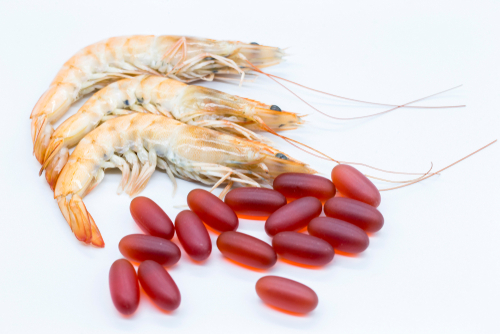 This is a type of oil that is extracted from the Antarctic krill. Krill oil is rich in omega-3 fatty, namely EPA and DHA that are known to have many health benefits. Unlike fish oil, the omega-3 fatty acids in Krill oil are absorbed faster by the body.  This is because it is absorbed and carried to the cells in phospholipid form.

The oil is extracted by usually cooking and then cold pressing the krill. The oil is also extracted by harvesting krill via centrifuges (a machine with a rapidly rotating container that applies centrifugal pressure. This is mainly used to separate fluids of different densities or liquids from solids.) Chemical solvents are also sometimes used to harvest the oil.

Other names of krill oil

Although krill oil is the most popular name, it is also known by the following names

What are Omega-3 fatty acids and how is it beneficial? 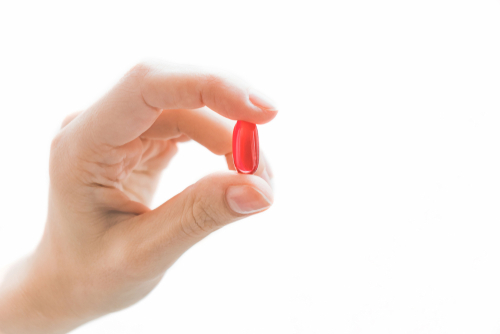 Omega-3 fatty acids are important as they

What else does krill oil contain?

Phospholipid-derived fatty acids (PLFA): PLFA is a compound that helps in the better absorption of vitamins, minerals and other nutrients.

Astaxanthin (carotenoid antioxidant): Antioxidants prevent oxidation (the process that leads to aging) by neutralizing the effects of molecules known as free radicals. 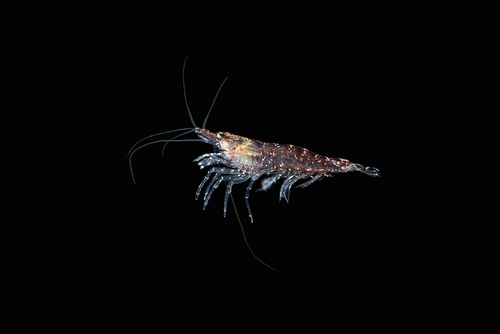 Krill oil supplements should be taken if you are a vegetarian or you don’t consume a lot of seafood. Some benefits of krill oil include

It’s good for the heart

Omega-3 fatty acids (EPA and DHA) are used by the body for a number of different functions. One of these functions is to reduce inflammation. When the inflammation levels of the body are reduced the skin is less susceptible to acne and blotchiness.

Research has indicated that krill oil can help decrease the pain and other symptoms associated with premenstrual syndrome.

Omega-3 acids have an impact on the neurotransmission in the brain. Several studies have indicated that krill oil improves mood by reducing depression and anxiety.

Krill oil is known to improve metabolism by giving the body a healthy dose of omega 3 fatty acid, which boosts metabolism. This leads to the reduction of fat storage in the body which results in weight loss.

Reduces the risk of cancer

Omega 3 fatty acids help to fight off cancer-causing cells. Krill oil is found to be particularly effective in preventing the formation of cancers in breast, prostate and colorectal areas.

Omega-3 fatty acids in krill oil reduce the glucose levels in the body and prevent insulin resistance. This cuts the risk of a person developing type 2 diabetes.

Helps the neurological development of the fetus

The regular supplementation of krill oil during pregnancy ensures the healthy development of the nervous system, brain, and eyes of the fetus.

Although krill oil supplements do not have any major side effects, they do have a few minor ones, these are:

While krill oil comes from only krill, fish oil comes from a number of sources including tuna, herring or sardines. Krill oil can be distinguished from fish oils by its characteristic red color (fish oil supplements are yellow or gold). Krill oil supplements are also more expensive compared to fish oils.  Both are rich in omega-3 fatty acids and are consumed for health benefits.

Krill Oil supplements should not be used by people who are allergic to fish, shrimp or any other type of seafood. You should also consult a doctor before taking this supplement if you have

You should not take krill oil supplements if you are taking

How much krill oil should be taken?

There is no set RDI (recommended daily intake) for krill oil due to it being a health supplement. However, various studies have indicated that a person should take 1000 mg of krill oil per day to get their health benefits. However, you should take a lower dose if you are already getting omega 3 fatty acids from some other sources like fish and various nuts. Higher doses of krill oil supplements usually do not cause any problems.

Fish oils derived from marlin, tuna, and swordfish may contain toxins such as methylmercury. Krill Oil is believed to have lower levels of mercury compared to fish oils due to krills being lower on the food chain. However, research has shown that krill oil contains pesticide.

You should always ensure you purchase only the best krill oil. You can do this by finding out where the krills have been harvested from. Krills harvested from the Antarctic region are the best as these oceans have low levels of pollution. You can also buy a brand of krill oil that has gone through an extra purification process to remove all the pollutants.