Folate: What are the best ways to add this nutrient in your staple diet? 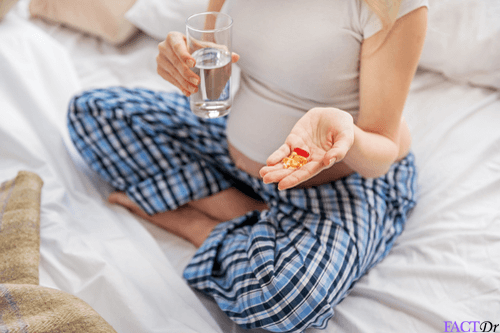 Home » Supplements » Vitamins-Minerals » Folate: What are the best ways to add this nutrient in your staple diet?

Folate or vitamin B9 is a water-soluble vitamin that plays a vital role in preventing several serious medical conditions. It is commonly known as folate which is its naturally occurring form of vitamin B9 and also known as folic acid in its synthetic form.  The word folate was extracted from the Latin word “folium”, meaning leaf. 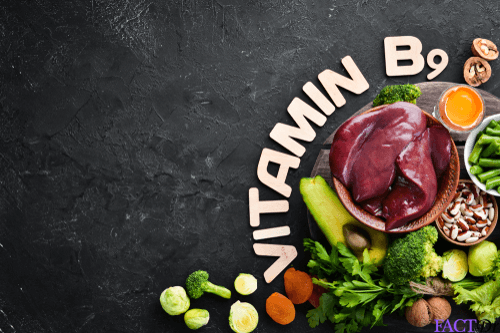 This is evident as most green vegetables are a rich source of folate. Being a water-soluble vitamin it loses its potential to be stored in the fat tissues of the body. The importance of vitamin B9 or folate is enormous and branches to help several disorders in the human body. This vitamin plays a vital role in preventing birth defects during pregnancy and helps in the overall development and growth of the placenta and fetus.

A brief history of folate

Folate was discovered by the famous researcher Dr. Lucy Willis in 1931. Her discovery led to a finding that the nutrient folate helped to prevent anemia during pregnancy. She was internationally recognized for her works and was credited as a stimulating teacher. However, her demonstration was associated with the combination of both folate and brewer’s yeast. After years of research, it was first isolated by Mitchell, Snell, and Williams in 1941. It received its name that very same year when it was extracted from spinach and was proved that it can stimulate growth.

What is the right prescribed intake?

The recommended daily allowance of folate is prescribed based on the age of a person; the details are as below,

These requirements are administered orally or through an injection. They are prescribed in a lesser quantity as they are compensated with the intake of food containing folates.

Why should you add folate to your diet?

What happens when you become deficient in folate?

Below are the symptoms of folate deficiency,

What are the main reasons for folate deficiency?

How can folate deficiency be diagnosed?

Folate deficiency can be diagnosed with a blood test which should consist of a complete blood count test, which helps measure the number of red blood cells (RBCs). This test is usually taken during prenatal checks ups to avoid any complications. There are enormous researches that have proved that by improving the periconceptional folate status in a pregnant mother can help prevent the risk of neural tube defects and keep a track on the mothers’ folate levels too.

Large intake of folates can treat megaloblastic anemia, but on the contrary, too less of it can cause neurological damage, which in the long run can lead to vitamin B9 or folate deficiency. The high levels of folate consumption accelerate the starting stage of preneoplastic lesions (development of primary tumors). This initiates a reaction which increases the risk of colorectal cancer. Care should be taken to avoid excess intake of folic acid to children which alters their responses and causes the risk of lowering cognitive development in children. The most important complication caused by folic acid is anemia which can lead to several other medical conditions.

A word on folate diet

The Dietary Guidelines for Americans extracted from the federal government quotes, “Nutritional needs should be met primarily from foods. … Foods in nutrient-dense forms contain essential vitamins and minerals and also dietary fiber and other naturally occurring substances that may have positive health effects. In some cases, fortified foods and dietary supplements may be useful in providing one or more nutrients that otherwise may be consumed in less-than-recommended amounts.”

They have formulated a dietary pattern for the consumption based on the nutritional value that each foodstuff contributes to making a complete diet. According to the pattern it is of uttermost importance that a variety of vegetables, whole grains, fruits, dairy products (fat-free, low-fat milk), and oils (a specified quantity). There are several fortified foods that have been a rich source of folic acid; they are cereal, bread, flour, pasta, cornmeal, rice and grain products.

The varieties of foods that contain a rich nutritional value of folic acid are seafood, lean meats, beef liver, poultry, eggs, beans and peas (legumes), soy products, Edamame, nuts, and seeds. Irrespective of the stipulated consumption guide it is mandatory to watch your calories on a daily basis to avoid any complications and which in the long run makes the folic acid inactive and causes the above-mentioned symptoms. It is good to limit Trans fat, saturated fats, added sugars, sweetened beverages, and sodium.

Vitamin B9 or folate is an enormous contributor to varied nutritional needs in our body. It is, without doubt, a contributor that saves both mother and baby from complications that can lead to unexpected outcomes. As the need for folic acid or folate is made known, it is being substituted with supplements that contain the same. These supplements should be taken as prescribed and excess intake of the same should be avoided. In order to avoid the complications that arise from consumption of folic acid supplements, it is safer to consume the above-mentioned foods that could be a direct benefactor of folates and contribute to an individual’s well being.

Pregnant women should make it a habit to consume folates as the levels of folate tend to drop during pregnancy. Folic acid has been a major contributor in building red blood cells and white blood cells. The human body at times loses the innate mechanism to convert folic acid to vitamin B9; it is at this juncture that supplements should be taken to balance the same. The best way to compensate for the deficiency of folate is to consume food rich in vitamin B9 or folic acid. When the intake of the same doesn’t work out effectively then injections containing the vitamin is injected based on the cycle. Once an improvement is seen when the condition can be brought to normal with the help of food and other sources of nutrition which are rich in folate.