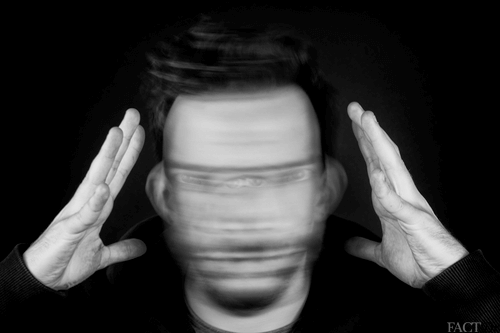 What does the term “mental health” really refer to?

Why does the simple mention of “mental health disorder” or “depression” often makes people squirm in their seats and cringe from within?

Why is it that a broken bone or a clogged artery receives immediate medical help but an anxious mind or depressed state is met with judgment and stigma?

Paradoxically enough, the one thing that has made us humans not only the apex predator in this wild dominion of deadly creatures but also the most dominant species (which has the capacity to literally change the face of the planet)-  the beautiful and enigmatic human brain, is the very thing whose disorders spawn volumes of inexplicable taboo and shame.

Psychiatric disorders, i.e, the disorders of the mind are afflictions that disturb your mood, behavior, and thinking.

The symptoms could range from something counted “inherently mundane” such as feeling anxious or mentally stressed to things that are counted “outright abnormal” such as hallucinations or suicidal tendencies.

Much analogous to the symptoms of any bodily organ – let us take the example of the stomach. Sometimes, it is the source of nothing more than mild pain or indigestion. However, at other times, there could be a serious infection, ulceration, or even tumors.

But think for a moment how both these highly similar situations are handled.

You have a stomach pain, pop an antacid and rest it a bit.

You feel anxious and depressed, you must be lazy altogether. Not motivated enough. Deliberately, trying to look at the pessimistic side of life. You are a person who does not have enough gratitude and thankfulness for what you have in your life.

You are making it all up.

Nothing spells a greater disaster when a person with the actual psychiatric condition has to hear these 6 words.

Both to the patient and to the societal perspective of mental health – these 6 words are the biggest hindrance towards us achieving an educated and informed approach towards mental health.

Blame it on the pop-culture representation of the mentally sick.

The ill-behaved psychopathic “freak” caricature is something that has served as the biggest source of education when it comes to mental health representation.

Blame it on the lack of discussion over the importance of mental health in schools and colleges.

Or blame it on ourselves, for being squeamish about the entire domain of mental health because subconsciously we amalgamate the concept of mental illness with “madness”, “perversion”, or “deviance”.

Knowingly or unknowingly, our own thinking and what we subtly advocate has been contaminated with years of arcane pseudoscience and hypocritical anecdotes that portray mental health disorders in the worst way possible.

And this could be a critical factor in the high prevalence of mental disorders across the globe.

And the fact that the leading cause of disability in the world is not heart disease or cancer.

Mental health disorders: By the numbers

Did the above revelation shock you?

This is how less we know about psychiatric conditions and their impact on normal human functioning.

Let us take up a purely scientific approach and look at what the most recent global statistics about mental health has to reveal regarding the current collective state of the “human mind”. 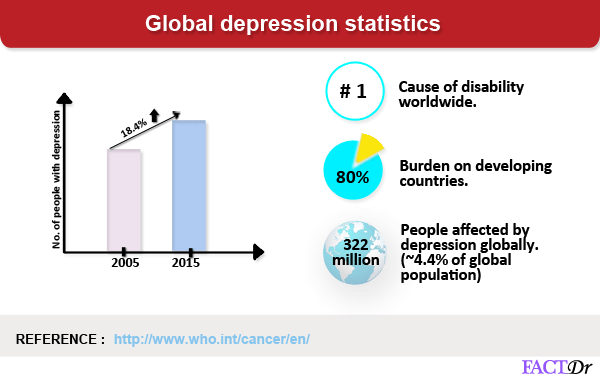 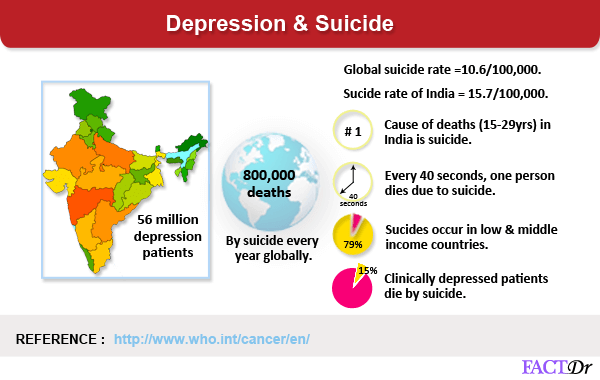 Mental health disorders – which demography suffers the most?

While most of us associate mental disorders with the grown-ups – office-goers or the aging population, recent studies indicate otherwise.

Worldwide, more than 10-20% of children and teens experience one or more than one diagnosable mental health condition.

50% of these mental conditions onset by the age of 14 and 75% of them are observed by the time they reach the mid-20s.

In all regions (developing and developed nations), these conditions are the leading cause of disability among the youth.

Translating these shocking statistics into simple terms, it means that 1 out of every 5 children or teen around the world has a mental health condition and half of them develop during the tender teenage years.

The most common mental health conditions prevalent among the children and teens are mood disorders, anxiety disorders, stress, disruptive behavioral disorders (such as ADHD or conduct disorder), and even OCD (Obsessive Compulsive Disorder).

There are even bigger challenges associated with accurate identification and diagnosis of these conditions in youth. This is due to the fact that children naturally at this age lack the cognitive and linguistic abilities required to vocalize their symptoms correctly.

Another demography that bears a significant burden of mental disorders is the female gender.

Gender is a definitive factor when it comes to the burden of mental illnesses because in every society and culture there is a mismatch between each gender’s authority and hold over resources, not to mention the alarming difference society has between the outlooks on each gender.

Though the gender gap is not seen in several types of illnesses such as bipolar or schizophrenia – common psychiatric condition such as depression, anxiety, and somatic issues clearly burden the females more.

Depression is twice as common in women as in men and may even be more persistent in the former.

In the same lines, women are more likely to develop panic disorders, generalized anxiety, and certain phobias such as agoraphobia (fear of outdoors/open spaces).

Women are also predisposed to postpartum depression and menopause-related mental conditions. They are more likely to develop eating disorders such as anorexia (85% of the patients are female) and twice as likely to develop PTSD (Post Traumatic Stress Disorder) following a violent or traumatic event.

Men are more likely to experience alcohol-dependence disorder, twice as much as compared to women.  Antisocial personality disorder is said to be diagnosed 3 times more in men than in women.  Higher suicide rates have been recorded among men.  3/4th of all suicide victims in the USA are men.

Why do these gender disparities occur?

The following are the major factors at play when it comes to a gendered association of certain mental health conditions: 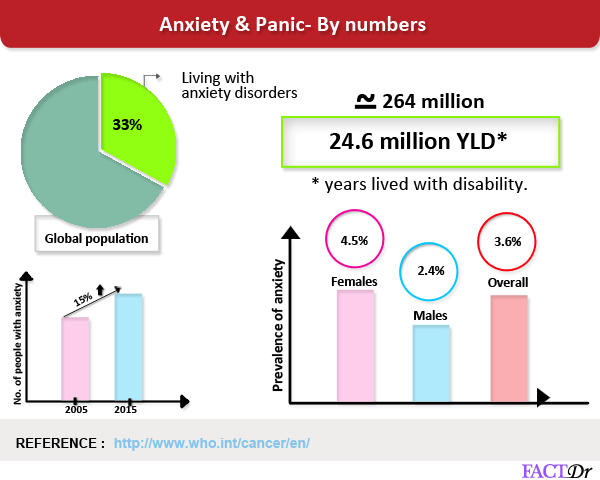 It is highly ironical that the category of disease that is prevalent in 10% of the general population – mental and behavioral disorders, receives significantly meager funding but the highest level of stigma.

As pointed out earlier, there have been a lot of pseudoscientific theories governing the origins of mental illnesses – however, the most preposterous ones include:

Such unscientific paradigms ruling the minds of even the educated crowd often put mental illness in a  crucible of stigma and taboo and frequently drives people to seek help from sketchy sources such as self-professed godmen and faith healers.

In the light of such a dogmatic approach to mental health, the current global scenario has been pushed to a situation where the planet is swarming with people afflicted with mental conditions, many without a correct diagnosis or treatment.

These are the most rampant and widespread mental health conditions which require an immediate and effective scientific protocol in order to decrease their global burden.

Depression is more than just feeling sad or down.

This is a medically recognized mental health condition that is characterized by continued feelings of unhappiness, poor concentration, lack of interest in activities, and overall lagging energy. These symptoms may onset owing to problems of everyday life – work stress, relationship problems, emotional trauma and abuse, suppressed anger, loss of a loved one, substance abuse etc.

Many have its origins in genetics.  There are physical, behavioral, and cognitive changes noted in an individual who is depressed.  People will also exhibit sudden changes in appetite and sleeping patterns. Both psychotherapy and medications are required for the complete treatment of depressive tendencies.

Anxiety and panic are not just words used to describe your condition in a tense moment.

These, too, are legitimate mental health conditions which are marked by a cycle of uneasy and uncomfortable state of mind induced by a continued exposure to a stress-provoking factor. Panic attacks, in neurochemicals terms, are described by a rush of cortisol and adrenaline which sends people in the “fight-or-flight” mode. 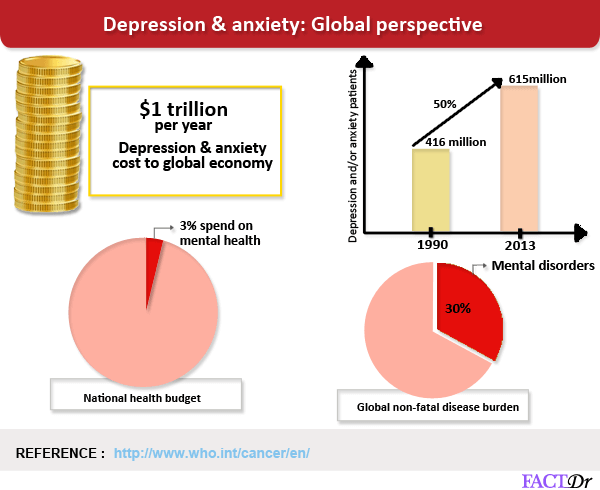 As the name suggests, bipolar disorder refers to the condition where a person’s moods and behavior vacillate between two extremes or poles – too happy and over-joyous to too pessimistic and morose.

In neuroscientific terms, these states are called as depression and mania (in the light of bipolar disorder, depression is also referred to as unipolar depression at times to indicate it’s not associated with episodes of elevated mania).

While most people associate addiction and substance abuse with lack of willpower or moral code, both of these are in fact mental health issues. 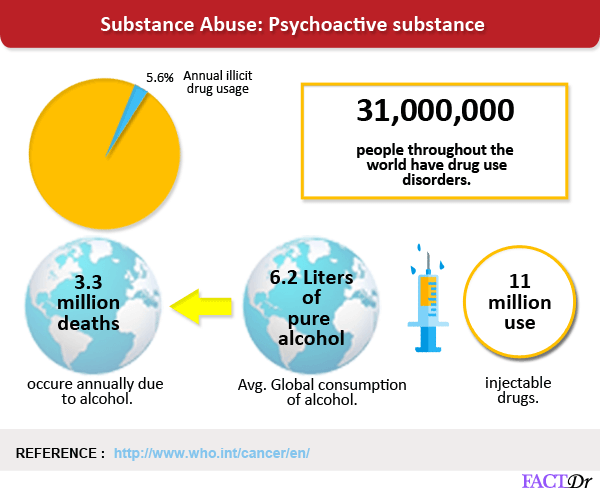 Substance abuse is defined as frequent and repetitive indulgence in certain recreational and illicit products that have a stark adverse effect on the physical and mental health of an individual. Be it over-consumption of alcohol to numb your emotional pain or the chronic addiction to marijuana or nicotine (smoking) – all of these addictions are created due to detrimental changes in the dopamine circuitry in the brain.

The physical outcome of substance abuse ranges from rapid palpitation and tremors to severe respiratory afflictions and cardiac mishaps.

Today almost 5.6% of the entire global population is involved in some level of illicit drug usage – this amounts to almost 275 million people across the globe.  Out of these some 31 million individuals are diagnosed with drug use disorder. Alcohol is the most common choice of drug and is linked to more than 3.3 million deaths per year. 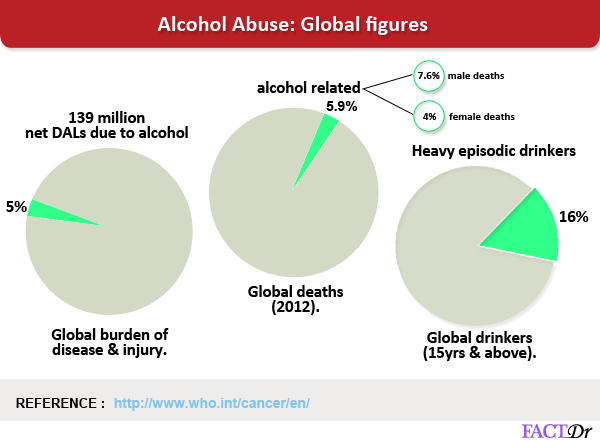 These staggering figures depict the tragic state of global mental health. It’s high time we, as a civilization, braced the idea of treating mental health condition as a legitimate health issue that requires a non-judgmental and scientific approach, in both treatment and management.

Years and years of unhealthy coping mechanisms and wrong portrayal of mental illness within our cultures have led us to this bleak situation where we have millions of sufferers yet an agonizing stigma attached to mental health.

At this juncture, the most significant step would be to go back to the basics of the definition of mental health (by WHO) which is worded as,

“A state of well-being in which the individual realizes his or her own abilities can cope with the normal stresses of life, can work productively and fruitfully and is able to make a contribution to his or her community. It is not just the mere absence of a mental disorder.”