Goji berry: A traditional Chinese berry that packs the best of antioxidants 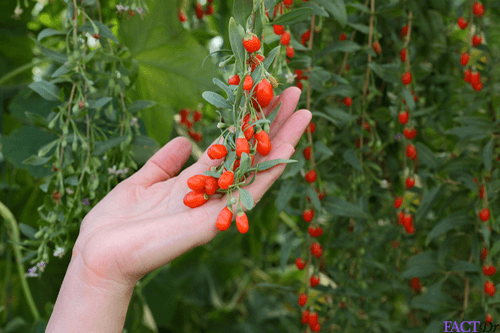 What is goji berry?

They are the small red fruits of the goji berry shrub.  This plant is a member of the nightshade family, which includes tomatoes and peppers.  They are widely used in Chinese medicine for the past 2000 years.  The plant is native to Asia and the Chinese are known to cultivate them in large numbers.  There are two types of goji berries cultivated.  Chinese medicine not only uses the berries, but also the flower, root, and seed.

Goji berries, when soaked in water, taste like cherry tomatoes.  They contain low calories but are rich in antioxidant effects and fiber.  It is believed that goji berries can enhance body fluids as well as enrich the skin.  They are helpful in providing a soothing effect on the brain.  They aid in muscle and tendon repair.  One of the most important properties of goji berry includes detoxifying the kidney and liver.  These berries are usually cooked before using for any recipe such as soup, rice congee, etc.  They are also used to add flavor to many culinary recipes involving pork or chicken. 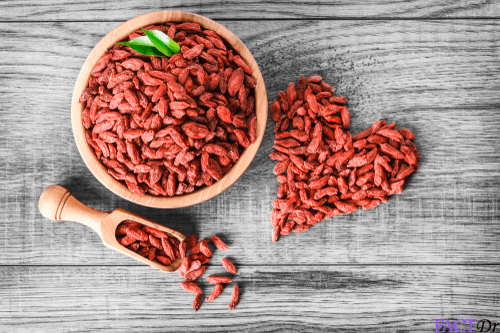 Goji berries are nutrition packed and contain numerous vitamins and minerals.  They also provide a high amount of fiber that aids in digestion.  The amount of nutrients available in goji berry mainly depends on the quality of the berries.  An approximate value for a quarter cup of berries includes:

Rich in Antioxidants and nutrients

These berries are called as a superfood due to the presence of numerous nutrients.  Due to this property, they are helpful in eliminating free radicals and fighting inflammation.  Each serving consists of 18 different amino acids including 11 essential amino acids.  They also provide around four grams of protein.  They contain numerous minerals essential for our body including iron, zinc, vitamin B2, phosphorous, etc.  Due to the presence of a rich concentration of iron, they are helpful in fighting iron deficiency anemia.

These berries provide high levels of vitamin C and vitamin A.  These two nutrients are essential for building immunity.  Once immunity improves, there are higher chances of preventing illnesses such as cold, chronic diseases, etc.  As discussed earlier, these berries contain antioxidants and the widely researched antioxidant is zeaxanthin and vitamin C.  These antioxidants have the reputation of fighting cancerous cells as well as decrease inflammation.

They are used to detoxify the kidney and liver.  Goji berries also contain important polysaccharides and glycoconjugate compounds.  These compounds are helpful in promoting antioxidant activities in various parts of the body such as liver, digestive system, reproductive system, as well as the brain.  Studies have also claimed that they are helpful in promoting apoptosis, which is called programmed death of cancer cells.

The health benefits related to the skin comes from the pigment that is present in goji berry called beta-carotene.  This pigment is known to fight skin cancer and promotes healthy skin.  Studies have indicated that goji berry juice is helpful in providing the required amount of antioxidant to protect against skin disorders and UV light damage.  The antioxidants helpful in this process are heme oxygenase-1 and metallothionein.  Studies have indicated that these antioxidants act as a shield against free radical damage associated with UV rays from the sun.

One of the commonly occurring eye problem related to age includes macular degeneration, which causes blindness.  The powerful antioxidant zeaxanthin present in goji berry fights free radicals and reduce oxidative stress affecting the eyes.  Studies have indicated that consuming goji berry regularly helps in protecting the eyes from hypopigmentation.  It is also claimed that goji berry protects the retina from the harmful ganglion cells.  This, in turn, is helpful in treating glaucoma and preventing blindness caused by glaucoma. 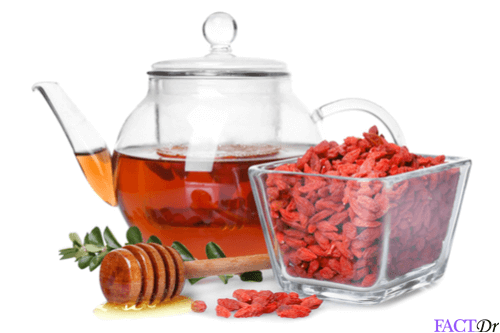 It is claimed that goji berries can control the amount of sugar released into the bloodstream.  They aid in preventing spikes and dips of blood sugars.  The hypoglycemic effect, as well as increased insulin sensitivity, helps in glucose responsiveness.  It is believed that people finding it difficult to manage blood sugar levels can greatly benefit from using these berries.  People suffering from diabetes need to consume it on a regular basis to manage their sugar levels.  Due to the growing number of diabetes cases, it becomes important to find a suitable remedy to manage it and goji berry seems to be the answer.

One of the potent remedies for liver detox is achieved with the use of goji berries.  Chinese have been using these berries to prepare tonics along with the use of other herbs such as licorice, Ganoderma, pentaphylla, etc.  These berries are mixed with several other herbs and a tonic is prepared that is known to detoxify the liver and kidney.  This tonic is also helpful in removing kidney stones from the kidney as well as remove other debris collected in the kidney.

Due to the presence of numerous nutrients in goji berry, they are known to provide high amounts of energy to the body.  The high concentration of fiber content present in them helps in the process of digestion.  Due to this, important nutrients are easily absorbed.  The iron present in these berries is helpful in reducing iron deficiency anemia symptoms, which is considered to be the main cause of fatigue.  Studies have also indicated that consuming them pre-workout increases stamina and exercise tolerance.

The traditional Chinese medicine has claimed that goji berry has the ability to improve the functioning of the reproductive system.  It is claimed that they aid in increased sperm production in men.  They also help women with fertility problems.  It is believed that goji berry helps women with symptoms of premature ovarian failure as well as inadequate ovulation.  The calming effect of these berries provides adequate rest to the brain, which helps it to rejuvenate.

Goji berries antioxidant and anti-inflammatory effects are widely studied.  Studies claim that they also have some side effects associated with inappropriate consumption and dosing.  Some of the side effects are discussed below.

Drug interaction:  Goji berries are widely used in Chinese medicine for several health benefits.  The antioxidant and anti-inflammatory effects are widely studied.  It is believed that these berries tend to interact with some prescription medications such as diabetes medications and blood thinning medications.  Blood-thinning medications are generally prescribed to people who are suffering from heart diseases or deep vein thrombosis.  This medication helps in thinning of the blood as well as removes any clots that are blocking the veins. 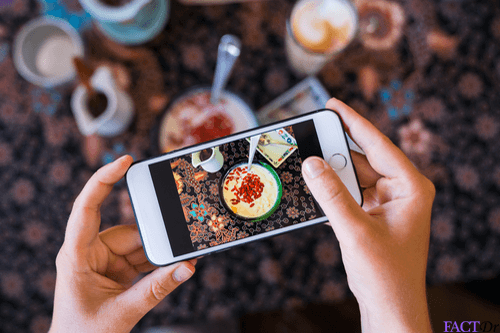 Causes hypertension:  The various properties of goji berries are on the positive side, but on the other hand, they are known to increase the blood pressure levels when consumed in excess.  This may lead to a medical condition called hypertension.

Causes allergies:  Studies have claimed that people who are suffering from pollen allergies should avoid these berries.  It is believed that they may cause sneezing, nasal congestion, itchy eyes, etc.  A more severe reaction may be developed who are highly sensitive to pollen allergies.

May cause insomnia:  It is claimed that these berries are known to cause sleep disturbance when consumed during the night time.  This may occur only with excess consumption of berries.  It is always advised to consume these berries in the daytime only.

Causes hyperactivity:  As discussed earlier, goji berries are known to improve the energy levels in the body.  Studies have claimed that excess consumption of these berries may lead to restlessness and hyperactivity.  This, in turn, may interfere with your concentration and you may be able to focus on your work.

Causes Dizziness:  Dizziness is caused due to the presence of atropine in goji berry.  It is believed that atropine may cause blurred vision, dizziness, as well as hallucinations when consumed at high levels.

Digestive Disorders:  People with a weak digestive system such as irritable bowel syndrome are advised to avoid goji berries as it may worsen the symptoms.  Excess consumption may lead to nausea, vomiting, indigestion, as well as diarrhea.

Goji berries are filled with numerous nutrients.  As discussed earlier, they are involved in numerous health benefits such as regulating blood sugar, antioxidant and anti-inflammatory effects, detoxify the liver and kidneys to name a few.  Due to their various health benefits, the Chinese have been using them for the past 2000 years to prepare herbal medicines.  It is important to understand that every supplement is known to have side effects.

If you would want to reap the benefits of these berries, you need to know the dosage.  Consuming them in excess may lead to several side effects, which are equally harmful.  It is important to weigh the pros and cons before adding them to your daily diet.  It is always advised to consult your doctor to understand the dosing if consumed in supplement forms.