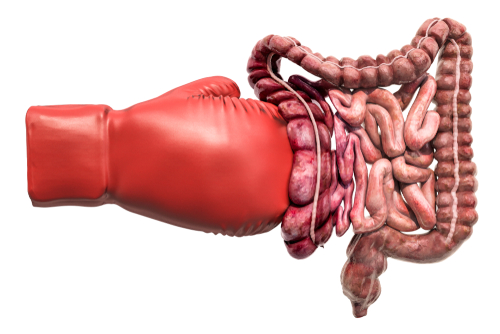 What is the Appendix?

The appendix is a small, pouch-like organ located at the junction of the small and large intestine. The appendix – which is approximately 9 cm in length and is 6 mm in diameter – is not an organ that is widely discussed and the only time it gains attention is when it gets inflamed.

Earlier the appendix was thought to be a vestigial organ. However, of late, the overall understanding of the organ has been improving, with studies showing that it may have a bigger role to play. 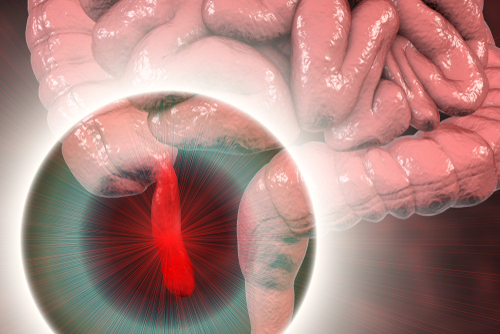 The appendix was first discovered in the 1500s by anatomists. Although they were unable to determine its function, they were able to figure out that an inflamed appendix was dangerous

The world’s first successful appendectomy was performed by French surgeon Dr. Claudius Amyand in 1735 in London on an 11-year old boy, whose appendix had become perforated by a pin he had swallowed. Soon after, in 1759, the world’s first surgery for acute appendicitis was done in Bordeaux. A study on appendicitis was published by Reginald Heber Fitz in 1886. He was also the one to coin the term “appendectomy”.

Functions of the appendix

The exact function of the appendix is still not very clear. Some consider it to be a vestigial organ that once stored bacteria that helped early humans digest cellulose. Others theorize that the appendix stores good bacteria that reboot the whole gut after a bout of diarrhea or dysentery.

Additionally, the appendix has a good concentration of lymphoid tissue – a particular type of tissue associated with infection-fighting. This tissue also encourages the growth of beneficial gut bacteria. Nevertheless, the removal of the organ causes no adverse effects on a person’s health.

Some people opt to surgically remove the appendix to avoid the risk of appendicitis – a condition where the appendix gets blocked and infected. However, the chance of developing appendicitis is not very high, with studies showing that every 1 in 1000 people develop this condition.

Diseases of the Appendix

Appendicitis: Sometimes, the appendix often becomes infected and ruptures. If left untreated it can cause serious complications.

Tumors: Although rare, the appendix can sometimes develop both Carcinoid and Epithelial tumors. Carcinoid tumors are slow-growing tumors that can produce and release hormones into your body that may cause diarrhea or skin flushing. Epithelial tumors, on the other hand, are faster growing but may be benign or malignant. 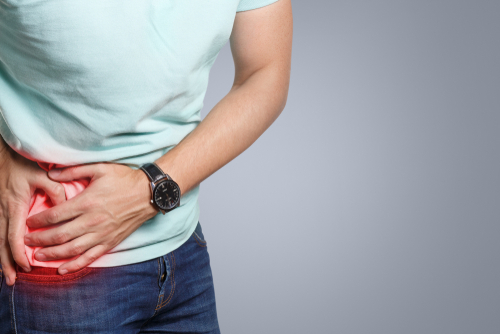 When the appendix is blocked, it gets infected as microorganisms begin to multiply and this leads to the formation of pus. If the blockage is left untreated, the appendix bursts, spilling all its contents into the abdominal cavity. This causes Peritonitis – a severe inflammation of the membrane lining the abdominal wall and the internal organs.

Researchers have noticed that the incidence of appendicitis increases when sanitary water systems are introduced in communities. To understand this, a brief understanding of the Biome Depletion Theory is needed.

The Biome Depletion Theory is based on the central idea that epidemics of immune-related diseases associated with modern societies are due to an over-reactive immune response. Due to increased sanitation in modern societies, most of the microbes are filtered out before they can reach our bodies. As a result, our immune systems are left with little work and due to this reason, it starts becoming overactive leading to autoimmune diseases, allergies, and even appendicitis.

How many types of appendicitis are there?

There are two types of appendicitis:

Acute appendicitis: In this case, the symptoms develop suddenly and tend to be severe.

Chronic appendicitis: In this case, the symptoms are less severe and may develop over several weeks, months, or sometimes even years.

Additionally, appendicitis can also be either simple or complex. Simple cases have no complications and patients recover quickly after surgery. In complex cases, the appendix develops a rupture or an abscess.

What happens when an appendix ruptures?

Appendicitis can sometimes cause serious complications when the appendix ruptures. For instance, the inflamed appendix may fill up with abscess – a pocket of pus – that may leak harmful bacteria to your abdominal cavity. These bacteria may enter your bladder or colon or travel and infect other parts of the body through the bloodstream. To control this, the doctor may prescribe strong antibiotics.

How is a Ruptured Appendix treated?

The only treatment for a ruptured appendix is surgery. The surgeon will immediately remove the appendix and proceed to clean the inside of your abdomen to cut the risk of infection. In some cases, the doctors will first drain the abscess or peritonitis and treat it with antibiotics for several weeks before performing the surgery.

However, studies have shown that removing the ruptured appendix as soon as possible results in quicker recovery and fewer complications.

Who is likely to develop appendicitis?

Age group: Although appendicitis can happen at any age, people between the ages 15-30 are at the risk of developing this condition. Children are also more prone to developing appendicitis, although it rarely affects children under the age of 2.

Sex: Appendicitis is also more common in males than in females. The lifetime risk of developing appendicitis is 8.6% and 6.7% in males and females respectively.

Genetic predisposition: People with a family history of appendicitis are also at a high risk of developing it.

The symptoms of appendicitis are varied and it differs from person to person. However, the most common ones include.

Appendicitis is usually diagnosed in the following ways

Physical Exam: The doctor will apply pressure to your lower right abdomen. If the pain worsens when the pressure is released then that might be an indication of appendicitis.

Blood Test: This is done to check the white blood cells count, which indicated an infection

CT Scan: A CT scanner, which uses X-rays and a computer to create detailed images, can show the inflamed appendix and determine whether it has ruptured or not.

Ultrasound: An ultrasonography (a method that uses echoes of ultrasound pulses) can also be used to detect signs of an infected appendix.

MRI: Magnetic resonance imaging, which uses strong magnetic fields to form pictures of the anatomy and the physiological processes of the body, can also be used to detect appendicitis.

The usual way to treat Appendicitis is via appendectomy, the surgical removal of the appendix. There are two types of appendectomies:

Open appendectomy: This is the old method of surgery. An incision of about 2 to 4 inches (5 to 10 centimeters) long is made in the abdomen and the infected appendix is carefully removed. Finally, the incision is closed with stitches.

Laparoscopy appendectomy: This is a newer method that is preferred by most surgeons. During this procedure, special surgical tools and a video camera are inserted into the abdomen to remove the appendix. This procedure is preferred as it allows faster healing, results in less pain and causes minimal scarring.

Things to keep in mind after surgery

What to eat after surgery? 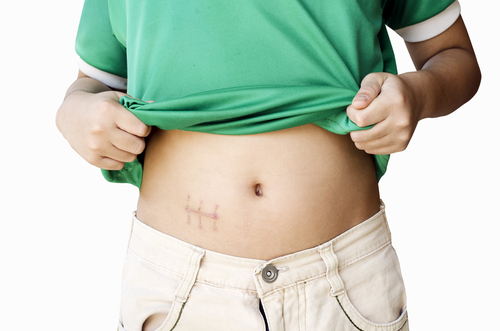 People who have undergone this surgery should consume foods that are rich in Vitamin A, Vitamin C, Zinc, Omega-3 Fatty Acids, Glutamine. Carrots and sweet potatoes are good sources of Vitamin A, while citrus fruits such as oranges, tangerines, sweet lime are full of vitamin C. Shellfish, legumes, dairy, eggs, whole grains, and dark chocolate are rich in zinc.

Can appendicitis cause death?

If the appendix is not operated on soon after the symptoms begin, it may rupture. This results in all of its contents leaking on to the rest of the abdomen. This leads to other complications such as septicemia (blood poisoning) or peritonitis (severe inflammation of the intestinal lining). Both these conditions are fatal if left untreated.

Appendectomy: Weighing the Risks and Rewards

While an appendectomy might appear risk-free, it might result in the development of other symptoms later on. A study has revealed that a person who has undergone appendectomy may increase his/her risk of developing Parkinson’s disease.

Another study has revealed that appendectomy may also increase a person’s risk of developing certain types of gastrointestinal cancers. Recent data have indicated that the appendix might serve as a reservoir for the colonic microbiome. The removal of the appendix, therefore, depletes the colonic microbiome and studies have shown that this disruption may put the patient at an increased risk of causing cancer, especially of the stomach.

Foods that may trigger appendicitis

According to a study, fruit seed and undigested plant residuals were found to be one of the causes of appendicitis. Usually, about 95% of undigested substances pass through the body without causing problems. However, some substances, particularly fruit seeds, may cause problems. The seeds of cocoa, orange, melon, barley, oat, fig, grape, date, cumin, and some nuts are particularly risky.

Can Appendicitis be prevented?

Others conditions that have similar symptoms

Pneumonia: This disease – especially in the lower right lobe of your lungs – can also cause similar symptoms to appendicitis. An X-ray or a CT scan of the lungs can determine if the symptoms are caused by pneumonia.

Ovarian Cysts: If the patient is a female and is experiencing the symptoms of appendicitis, the doctor may do a pelvic to rule out ovarian cysts. They will inspect the vagina vulva, and cervix and also the uterus and ovaries.

Ectopic pregnancy: This happens when the fertilized egg implants itself in one of the fallopian tubes instead of the uterus. This condition – which can be a medical emergency – also has similar symptoms to appendicitis. To confirm this, doctors will simply do a pregnancy test and may use a transvaginal ultrasound to determine the exact location of the zygote.