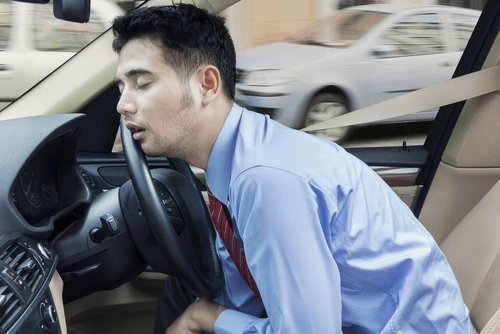 The strange case of Peter Tripp

When the 32-year-old popular radio jockey, Peter Tripp decided to embark on a “Wake-athon”, little did he know that this act could destroy his life forever. In an attempt to raise charity, he stayed awake for a record stretch of 201 hours (that’s more than 12,000 minutes of being awake).

While the first 36 hours were a relative cake-walk, by the end of day 2 the chilling symptoms of sleep deprivation started emerging.

Towards the end, he had started believing that he was an imposter of Peter Tripp, and not Tripp himself. Even after the completion of the stunt, the ill-effects of sleep deprivation latched on to him permanently.

This made him turn manically moody and depressive. Additionally, he also suffered 4 failed marriages. The catastrophic side-effects of those 8 continuous days without sleep ended up wrecking his life forever.

Sleep deprivation can do that you

Scientifically speaking, sleep deprivation is the condition wherein an individual gets much less sleep than what is required by him/her.

The amount of sleep human beings need varies greatly according to the age. New-born babies require the maximum amount of sleep, roughly 16-18 hours per day.

As the child grows, the subsequent number of hours required for sleeping reduces to 9-10 hours. And then finally during adulthood, 7-8 hours of sleep suffice the purpose.

Human beings spend almost 1/3rd of their life sleeping, yet we are the only known creatures who willingly put -off sleep.

Why do we do that? 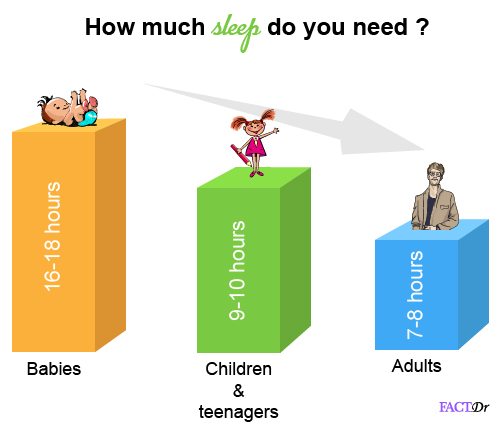 Well, for starters, a majority of us don’t consider sleep to be an important bodily function necessary to sustain healthy living.

We always tend to place our work, pressing deadlines, pending reports, and even late-night socializing activities at a higher priority.

In addition to these, our dangerous obsession with internet and smartphones has deteriorated the quality and amount of sleep we get on a daily basis.

You might think that skipping few hours of sleep won’t turn you a delusional and depressive character, like Peter Tripp.

A lack of sleep (both short-term and prolonged) can lead to severe malfunctioning of the body, in ways you couldn’t even imagine.

Read on to discover how losing out on sleep can cost you more than just a few extra bucks on coffee. 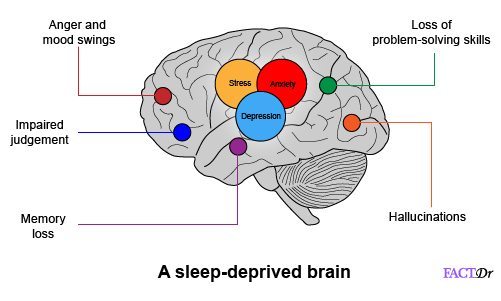 When we go to sleep, our brain starts forging new connections within the neural pathways.

These help in the formation of long-term memories. The slow wave sleep-cycle relaxes our brain and improves our cognitive functions.

A sleep-deprived brain largely suffers from memory loss. It also loses out on problem-solving abilities and critical thinking.

The part of the brain which is affected the most is the hippocampus, the memory storage region. This region of the brain is also responsible for moving memories around in the brain so that new information can be registered and stored.

Sleeping less than what is required can largely mess up the way we remember things.

A lack of sleep can send the amygdala into a state of frenzy.

This the part of the brain responsible for our “fight-or-flight” response; the center for our emotional reactions. Sleep deprived individuals often react more emotionally and aggressively to normal things.

They experience extremely vacillating moods and exhibit impaired judgment. Extreme sleep deprivation can also cause the individual to hallucinate.

Such individuals also tend to show increased violent and abusive behavior to people around them. All-in-all, losing out on sleep can manifest overall negative behavioral changes.

If you closely observe casinos, you will see that there are three common design elements in almost all of them – bright lights, noisy ambiance, and a surprising lack of windows.

The reason behind such a peculiar choice of interiors is that these alienate the gamblers from the idea of time passing by. Since their brains don’t register this passage of time; they don’t realize they need to hit the sack.

And as any old-timey casino owner would tell you, sleep-deprived gamblers make more risky decisions. Now, this risky behavior is not just limited to gamblers.

In general,  people who sleep less are more prone to risky behavior. 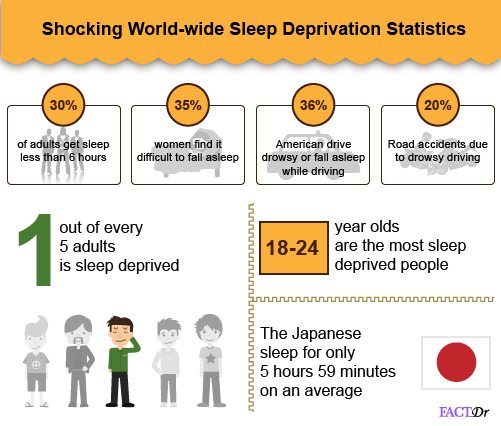 1500 road accidents per year in the USA alone are caused by driving in a sleep-deprived state.

Drowsy-driving is now killing more people than ever; with 20% of all motor vehicle accidents involving sleepy drivers.

And it’s not just the road accidents.

History is rife with examples of catastrophes where people involved in critical decision-making positions failed to deliver owing to lack of sleep.

Starting from the tragic Chernobyl nuclear power plant disaster to the infamous Challenger space shuttle explosion – over-worked and under-slept workers have been central to such disasters.

5. Sleep-deprivation and the heart

When you finally fall asleep in the night and enter the deep –sleep phase your muscles tend to relax.

One of the most used sets of muscles in the body -the cardiac muscles, also require a similar opportunity to relax. That’s why when we are in deep sleep, our heart rate falls and blood pressure drops too.

These are the natural mechanisms of the body to keep vital organs in a healthy state. When you sleep less than 6 hours every night, you deprive the cardiovascular system of the rest period it needs after a full day of being awake.

As a result, a sleep-deprived person develops 48% more chances of cardiac issues and 20% higher likelihood of becoming hypertensive.

Prolonged sleeplessness can also affect the central nervous system resulting in a stroke.

6. A complete toll on your body

Many conclusive studies have shown a strong link between inadequate sleep and increased resistance to insulin. Experts also contend that being frequently under-slept increases one’s desire for consuming unhealthy calories  (“munching” or “binge-eating”).

These collective factors can trigger diabetes and shoot up obesity levels by 30%. Sleep-deprivation can seriously malfunction the endocrine system and restrict the production of insulin in our bodies.

hese massively deteriorate our vital organs such as the kidneys, liver, and pancreas. Sleep deprivation takes a toll on the body’s immunity system too. That’s why you tend to catch a cold, flu, and other infections much easily after pulling an all-nighter. 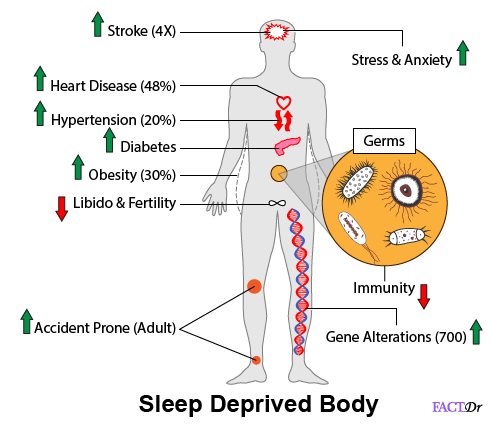 Genes are one of the most basic units of heredity. These are present in our DNAs and carry information about specific proteins and their functions.

They carry instructions on how each cell should produce a particular protein or enzyme. Each human being contains roughly 20,000 different types of genes.

And just one night of sleep-deprivation can affect the functioning of almost 700 amongst these. Such serious genome changes occur in individuals who regularly miss out sleep.

They develop dysfunctional metabolism. These are responsible for digestion of food and transportation of glucose at the cellular levels.

Studies have indicated that healthy sleep patterns are very much crucial to the development of sex drive in both males and females.

This can hamper the production of testosterone.

This hormone responsible for the development of libido in human beings.

A sleep-deprived person feels more fatigued and low on energy – things which tend to weaken sexual urges equally in both the genders. Such ineffective working of the endocrine system causes erectile dysfunction.

Overall, mood-swings coupled with sexual inadequacies can negatively impact interpersonal relationships- both of which are triggered by a lack of sleep.

Sallow skin, pale face, dark circles, and sunken eyes – Am I describing an old person or a sleep-deprived individual? Actually, both. And yes, hormones are at a play here too.

Collagen is the protein which keeps your skin tight and supple making you look young and wrinkle-free. Age hinders this collagen production in the human body.

Sleep-deprived individuals produce lesser collagen. Even one sleepless night can lead to visible changes on the individual’s face. Lesser sleep also means higher cortisol levels, which are directly linked to the stress-levels in our body.

Since the body is getting lesser opportunities to rejuvenate itself via rest and sleep, it starts aging much faster.

10. The worst victims: kids and teenagers 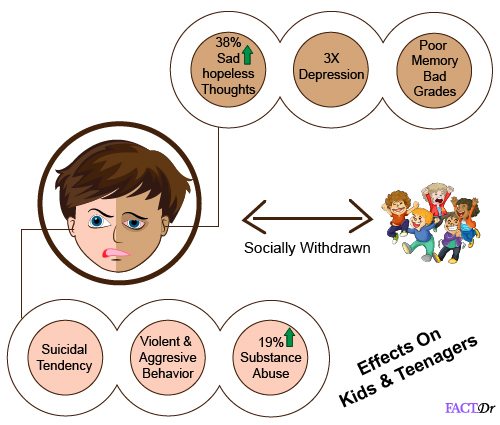 Kids and teenagers need more quality than adults since they are still in the growing stage.

Studies indicate that children who regularly skimp on their sleeping schedule tend to show poor attention, concentration, and memory.

Sleep-deprivation impairs their judgment and reasoning. It also hampers their cognitive functions severely.

Not only that, they tend to be more moody and brash and exhibit unexplained emotional outbursts. They start showing an inclination to risky behavior and are often found to be more likely to be engaged in substance abuse.

Depression is high amongst chronically sleep deprived teenagers. This makes them more socially withdrawn and isolated.

These science-backed results are evidence of the fact how lack of sleep is ruining the quality of our lives. A healthy sleeping pattern should be our priority.

A sound 7-8 hour of sleep can remarkably improve our overall health. Yet for many of us, getting a sound 8-hour sleep is difficult to achieve. Some blame their work-schedule for it for while some think less sleep is an inherent demand for our modern lifestyle.