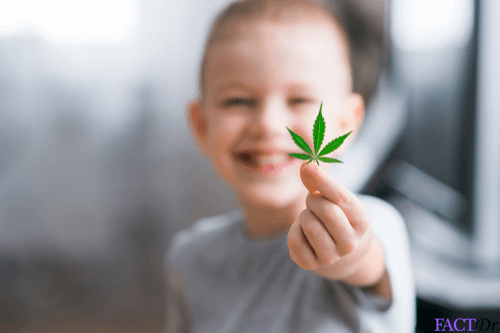 Weed, ganja, pot, or Mary Jane – marijuana by any other name would be as addictive. For those who don’t know the concept of this highly addictive substance, marijuana derived from the cannabis sativa, a plant native to Central Asia. The flowers of this plant are dried till they appear greenish gray and then smoked in the form of hand-rolled cigarettes.

Marijuana contains a special substance, a chemical known as delta-9-tetrahydrocannabinol (THC) that is responsible for producing mind-altering states. This psychoactive substance puts people in an intoxicating trance which users colloquially call as a “high”.

Why is marijuana bad for you?

Marijuana is the most widely used, and abused, illicit drug worldwide. And like any other drug, marijuana creates high dependency among users where they experience intense withdrawal symptoms in the absence of the drug. 3 out of every 10 users of marijuana develop a drug use disorder.  The likelihood of developing this increases by 4-7 times if the user is below the age of 18 years. The addiction itself is linked to deterioration in cognitive skills and behavioral tendencies in addition to causing long-term physiological disorders. 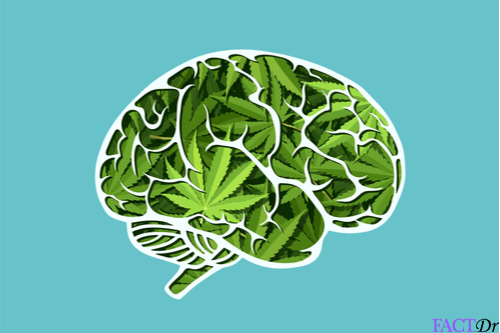 And that is why, in spite of being used for therapeutic reasons since the past 3,000 years, marijuana is still regarded as an illicit substance. However, CBD or Cannabidiol is much different from the run-of-the-mill marijuana, even though both are derived from the same plant. While marijuana is a psychedelic substance used exclusively for recreational purposes, CBD or Cannabidiol is a non-psychoactive entity found in the resin of the Cannabis Sativa plant. CBD oil is prepared by extracting the resin from the stalk (hemp) or flowers then diluting the derivative with olive or coconut oil.

Call it a miracle of nature, but unlike marijuana or cannabis, CBD has zero psychoactive properties. In simple words, it is non-addictive, non-toxic, and doesn’t give its users the drug “high”. Which means that with controlled use, CBD oil can be effectively employed to gain the maximum benefits of this medicinal plant without getting hooked on to the addictive aspect. CBD oil comes with a ton of health benefits. While many have accepted unanimously by the medical field, there are still many properties which require further study and research. Let us take a look at how CBD oil can be a  holistic healing substance for a number of chronic ailments.

Musculoskeletal pain is one of the leading causes of disability around the globe.  Be it muscular ache or joint pain, body ache is a ubiquitous condition that is severely restricted healthy and active functioning of the body. Chronic pain such as the one associated with arthritis tends to limit mobility and dexterity. Cannabidiol oil has proven to be an effective treatment for alleviating chronic musculoskeletal pain and is a much safer and non-addictive option than opioid medications. 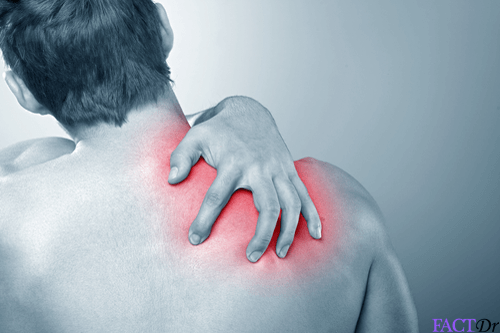 Experts believe that CBD can interact with our body’s brain and immune receptors and enable our cells to respond better to pain. This generates anti-inflammatory and pain-relieving signals in the body and can thus help one attain relief from chronic pains such as chronic back pain or knee ache.

The striking feature of CBD in the domain of pain relief is that when compared to pain-killing drugs that are widely prescribed for alleviating severe pains, the opioids, CBD has the least number of side effects. In fact, opioid dependency has the potential to swiftly translate into addiction and result in pharmaceutical drug abuse; a major health concern in high-income countries such as the USA. However, CBD is free from such addictive properties and can be used safely for a longer term. Several studies suggest that CBD can also help patients with multiple sclerosis too; a disease of the brain and central nervous system causes dysfunction in movement, balance, and vision.

Depression and anxiety – these are two medically recognized psychiatric conditions which have their roots in biochemistry, genetics, and even environmental makeup of an individual. The symptoms of depression mostly include having perennial feelings of sadness, lethargy, insomnia, and reduced appetite. Anxiety is the presence of stress-like symptoms in the absence of a stressor. Both these conditions require medications and psychotherapy for treatment. CBD oil can prove to be a potent solution for both these conditions.

Unlike the drugs prescribed to depression and anxiety patients, CBD oil is a more natural way of treating the conditions. One must remember that CBD cannot be called as a cure for depression or anxiety. It works by interacting with the endocannabinoid system of your body that regulates critical bodily functions such as sleep, appetite, mood, pain etc. CBD regulates the production of two super-important chemicals in your body – serotonin and dopamine.  A dip in the levels of these two chemical messengers is believed to be linked with the onset of depression and anxiety. CBD oil stimulates the production of both these chemicals thus gradually reducing the severity of the symptoms. Studies have also shown that CBD has had a compelling effect on the way the brain responds to depression and anxiety triggers.

In many cases, it has successfully reduced social anxiety and anxiety related to public speaking. It is also considered as a promising solution for other related conditions including OCD (Obsessive Compulsive Disorder) and PTSD (Post Traumatic Stress Disorder), and GAD (Generalize Anxiety Disorder).

Even though the research on the anti-carcinogenic properties of CBD oil is still in the nascent stage, there are few pieces of evidence that show that it can deter cancer cell growth. Not only that, but CBD can also have a therapeutic effect on the body in the face of cancer-treatment side-effects.

CBD can lower bodily inflammation and change how cells divide and reproduce. These are critical factors in tumor prevention. High bodily inflammation and rapid cancer cell reproduction are linked to metastasis. CBD oil can reduce both these tendencies and can thus be a promising treatment for certain types of cancers. CBD oil can stop cancer cells from multiplying by induce apoptosis or natural cell death. Additionally, CBD can also provide cancer patients relief from chronic pain and nausea – two inevitable segments of cancer treatment.  As mentioned before, it can also improve an individual’s appetite. However, one must also remember that such clinical trials have generated mixed results and thus more research is needed in this domain to ascertain the benefits of using CBD oil in cancer.

Keeps your brain young and kicking 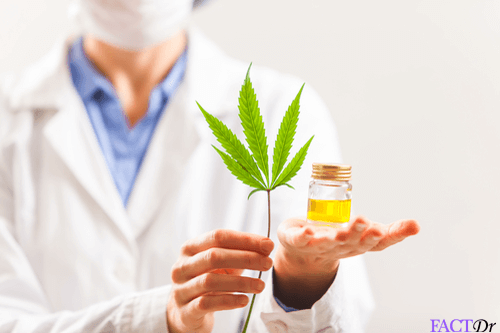 Be it dreadful cancer or the degenerative Alzheimer’s – most chronic ailments are rooted in bodily inflammation. Reducing excess bodily inflammation has shown to have an overall beneficial effect on the body. Studies reveal that as we age, the brain starts showing signs of inflammation. This single factor is responsible for deterring neurogenesis – a process by which our body produces new brain cells or neurons.

CBD oil has proven to have neuroprotective properties, i.e, it can shield the brain from the deteriorating effects of aging by lowering cerebral inflammation. When your body is in a state of lower inflammation, your brain retains its ability to produce new brains implying that it is well protected from neurodegeneration and related conditions such as dementia.

Additionally, CBD is also a powerful antioxidant. As you age, along with inflammation, your brain also starts experiencing higher glutamate levels. This tendency could result in glutamate toxicity that causes your brain cells to die prematurely. Not only does this phenomenon hinder your cognitive abilities but it can also trigger hearing loss and high risk of cerebrovascular stroke. CBD’s antioxidant properties have been proven to be much superior to other conventional antioxidants in reducing toxic glutamate levels.

Thus, CBD can be considered as a powerful agent in keeping your brain young and active and away from the usual deleterious effects of aging.

Pumps  up your heart health

It is not a hyperbole to say that the heart is the most vital organ of your body. And it is also not a hyperbole to say that every year more than 17 million people succumb to cardiovascular diseases. These diseases which are largely attributable to unhealthy lifestyle and diet are the number killer of human lives across the globe. High oxidative stress and bodily inflammation are deeply intertwined with the onset of a multitude of cardiac symptoms.  Several recent studies indicate that CBD oil can be employed as a safe and effective treatment for a number of such ailments.

In a study conducted by the NIH in 2010 showed that CBD oil can be linked to reduced risk of developing cardiomyopathy and other heart conditions that can develop as a result of diabetes.  CBD also protects the body from other circulatory conditions such as ischemic reperfusion injury; a condition commonly observed among stroke patients. 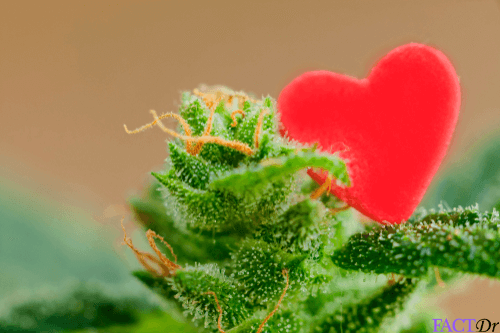 As mentioned before, CBD oil has shown promise in the area of stimulating apoptosis or natural cell death. This singular feature, that makes it a potent anti-cancer agent, can also be involved in making it an excellent treatment for skin conditions such as eczema and psoriasis. CBD oil is a rich source of omega 6 fatty acids such as GLA or gamma-linolenic acid that is not only a strong anti-inflammatory agent but it also induces new and healthy cell growth. Owing to both these therapeutic properties, CBD oil can be safely used to treat chronic skin conditions.

In addition to this, CBD oil can also help your skin retain adequate moisture and regulate sebum (oil) production. Thus CBD prevents drying up of your skin that could stimulate overproduction of oil and thus in turn acne.

Other than these, CBD oil can reduce the clinical symptoms of atopic dermatitis and help keep fine lines and wrinkles away.

Treatment for addiction and psychosis

Even though it sounds ironical to some and contradictory to the others, there are enough pieces of evidence to link CBD oil with effective withdrawal from addiction and substance abuse. Substance abuse and addiction are two immensely widespread and chronic conditions that have captured millions under their grip.

Statistics reveal that currently there are more than 20 million Americans who are in dire need of substance abuse treatment. CBD oil, as we saw earlier, is linked to neuroprotective action and healthy restoration of dopamine and serotonin (the two chemicals involved in pleasure and addiction). Thus, it can help people successfully get rid of addiction to psychoactive substances such as heroin and marijuana itself.

The key lies in how CBD oil is involved in keeping anxiety symptoms and cravings at a bay by regulating the respective neurotransmitters. It also controls excessive hunger, sleep disorders,  brain fogging and mental confusion, agitation, and erratic mood swings – the typical symptoms manifested in an addict. Overall, CBD reduces the drug-seeking tendencies in an individual, especially in the case of nicotine addiction.

Other surprising uses of CBD oil