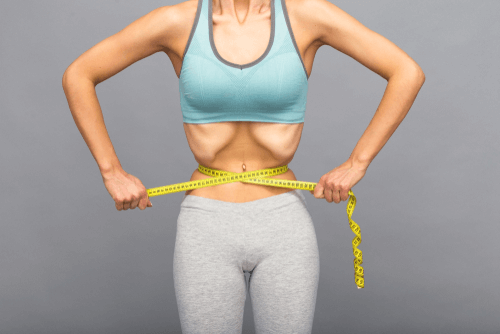 Starved beyond measure: The harrowing story of an anorexic’s death

The inevitable death of Kate Chilver of UK at the ripe age of 31 is what her doctors describe as one of the most scarring cases of anorexia. Anorexia is an eating disorder wherein a person resorts to extreme heights of under-eating.

Kate, who weighed less than 30 kg, succumbed to death while fighting a 16-year long battle with this eating disorder.

Her doctors revealed that her BMI was way below the normal range. Usually, people have a BMI ranging between 20 to 25. Kate’s was at a dangerous 9.

The onset of anorexia in this particular patient happened when she was 12, a common age when people generally develop eating disorders. At 15, she was hospitalized.

While her doctors tried everything to restore normal health in her, all efforts went in vain.

How does anorexia end up taking someone’s life?

For starters, by severely restricting food anorexics limit the amount of energy and nutrients their bodies receive. This triggers a chain of bodily reactions which can have fatal outcomes.

Your brain, the epicenter of all bodily functions suffers a massive blow due to malnutrition. As a result, it starts shrinking, causing physiological and psychological damage.

With no fats in the body, the blood vessels start collapsing. Subsequently, the tissues in the abdominal region begin to die due to poor circulation.

At this critical juncture, the patient could die due to a cardiac arrest or insufficient oxygen.

What are Eating Disorders? 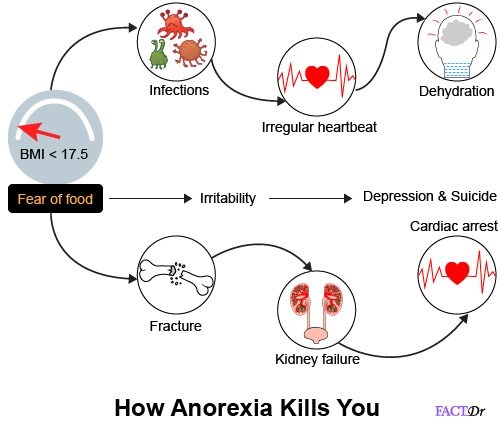 Thanks to the unrealistic body image projections kindled by mainstream media, a whopping 78% of people (mostly women) feel pressured to attain a “flawless” body.

Many of them go on crash diets and resort to extreme mechanisms for losing weight.

But when this skewed sense of body image forces an individual to develop extremely unhealthy eating patterns, it takes the shape of a psychological disorder, commonly termed as an eating disorder.

Additionally, a pattern of excessive eating, which is fuelled by deep psychological issues is also categorized under this group.

Basically, when eating irregularities, be it under-eating or over-eating, begin to interfere with an individual’s well-being, that tendency is an eating disorder.

How bad can an Eating Disorder be?

Why are eating disorders classified as mental illness? 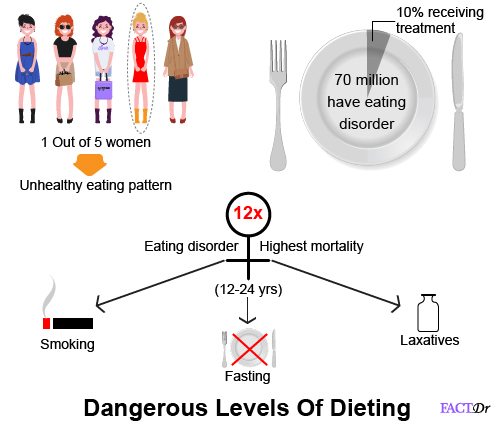 The main reason why bulimia, anorexia, and binge-eating are dealt mainly from a psychological point of view is that people tend to develop extreme emotions and behavior around food.

These strong emotions, related to body-image or any other psychological need, are nothing but unhealthy coping mechanisms.

Many of these are passed on from parents to their offspring, just many other psychiatric conditions.

Just like these psychiatric conditions, eating disorders can also make people “dependent” or neurally “hardwired” for this particular practice of unhealthy eating.

Moreover, a clear cognitive, emotional, and physical health decline is observed in eating disorders; the kind which is identified in many psychiatric disorders.

The term Anorexia nervosa comes from ‘an’ – without and ‘orexia”- desire or appetite. Nervosa is the Latin for a psychological need or affliction for a particular behavior or habit.

When put together, it refers to the eating disorder marked by an unhealthy obsession for starving oneself, mostly for attaining unrealistic bodily features.

Anorexia, called as “rich girl’s syndrome”, makes people feel excessively conscious of their diet and image and they resort to extreme measures in restricting what they consume. 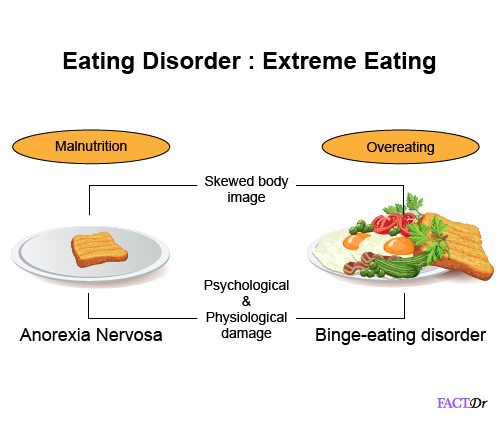 People who suffer from Bulimia exhibit a peculiar tendency.

They tend to heavily binge on food, and then later expel every bit of food ingested by forcefully vomiting or excessive use of laxatives or diuretics(Bulimia = “Buos” or ox-like + “limous” or hunger).

Bulimics tend to believe that a rapid expulsion of food from the body will prevent them from absorbing fats and sugar present in the food.

Their eating habits lie in extremes – they feel compelled to consume a large number of junk foods and then they forceful expel it out of their bodies in hopes of remaining slim. 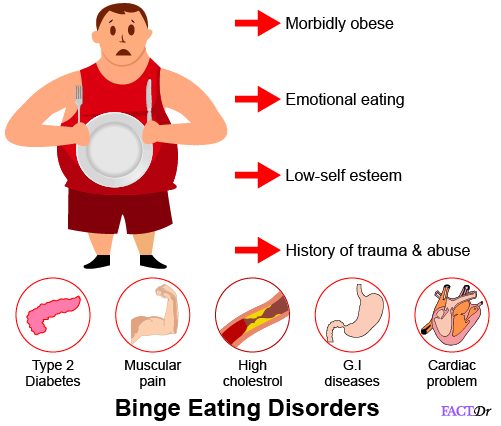 While many of us are guilty of making nocturnal visits to the kitchen to quench midnight hunger pangs, people with BED tend to take this behavior a notch higher.

It is the polar opposite of what bulimia and anorexia are. Such individuals tend to grow morbidly obese.

An unhealthy coping mechanism towards dealing with depression and anxiety might be one of the key reasons why people develop this disorder.

Generally, BED patients are in general unhappy with life which pushes them to find solace in food. This makes them dependant on food for every emotional need. So every time one feels emotional, he/she resorts to eating.

This forms a vicious cycle of unfulfilled emotional needs and continuous eating. 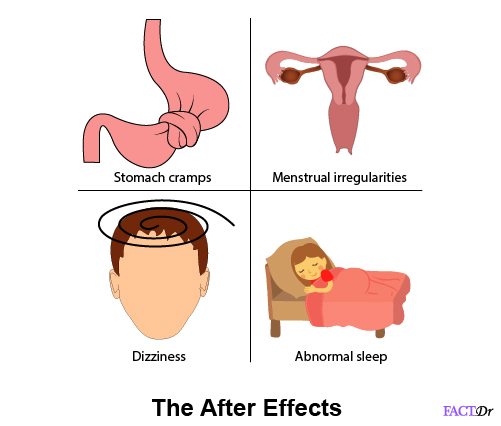 Sometimes, societal pressure to be thin can cause a person to subconsciously rebel and adhere to BED.

Likewise,emotional eating is commonly observed among people who lack the emotional stamina to deal with mental pain and agony.

This means that history of harassment, abuse, and trauma could also kindle binge-eating.

All in all, eating disorders are nothing but mental disorders in disguise.

Moreover,almost all of them are triggered by some sort of depression, loneliness, or pent-up anger. People who are continually ridiculed for their looks and/or are involved in professions (ballet dancing or modeling) tend to develop these tendencies more.

Addressing such issues involves pinpointing the real cause of the eating disorder – this is how one can begin the treatment.