Cordyceps: How the Caterpillar fungus works as a proven cancer-shield 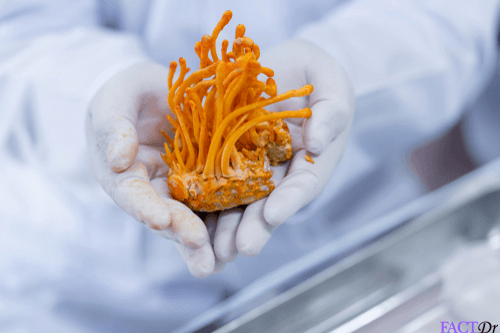 Home » Supplements » Wellness » Cordyceps: How the Caterpillar fungus works as a proven cancer-shield

The caterpillar fungus or the caterpillar mushroom or the Viagra of the Himalayas, commonly known as Cordyceps, has its habitat on caterpillars in the Himalayan regions of Tibet and China. Cordyceps are a rare combination of a fungus and a caterpillar whose medical use dates back to ancient Chinese medicine. Cordyceps found its way into the medical world through old Chinese and Tibetan medical books.

Owing to its phenomenal contribution Cordyceps was used in various healing methodology. The name Cordyceps is derived from a Latin word Cordyceps Sinensis, meaning “club” and “head”.

The locals call it Yarsa Gumba, which means a grass which grows in summer and a worm that grows in winter; it is called as “Dong Chong Xia Cao” in China and “Tocheikasa” in Japan. The mycological (branch of biology related to the study of fungi) features of Cordyceps are:

The popularity of Cordyceps 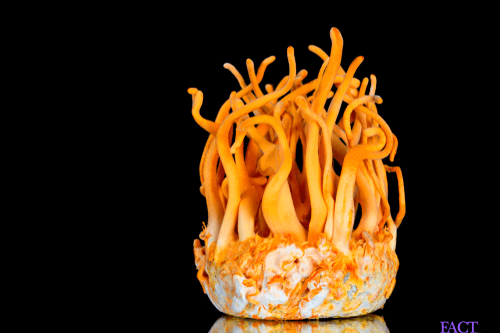 Cordyceps’ usefulness came into existence when several locals observed the features of animals that routinely grazed the areas populated by Cordyceps and inadvertently consumed these organisms. As a result of Cordyceps consumptions, the animals became stronger and healthier. This marvelous discovery was brought to light and its hidden therapeutic value was unfurled for the betterment of mankind. The presence and use of Cordyceps can be found in traditional Asian medicine.

After this discovery, the locals also made use of the same to increase the productivity of their cattle. This aroused the interest of people and they started making use of it to enhance fertility and libido. The popularity of Cordyceps’ medical value began to spread across the globe as people propagated the culture of gifting this to their friends or relatives.

Currently, people consume Cordyceps with several other combinations to cure varied ailments and diseases. The major use of Cordyceps around the world is to enhance sexual potential and desire. People use it as a tonic to satisfy their sexual needs, while some use it for diabetes and other wasting diseases (a disease which causes fat and muscle tissues to “waste”).

Understanding the biology of Cordyceps

The most renowned and common species of Cordyceps is Cordyceps Sinensis, which in recent times is termed as Ophiocordyceps Sinensis. Its normal harvesting period begins in April and ends in August. It is parasitic in nature and is conditioned to grow only in mountain regions ranging 3800 meters above sea level. With such being the specifications it is evident that it can be found only in Himalayan plateaus, which by nature are 3000 to 5000 meters above sea level.

How is Cordyceps used today? 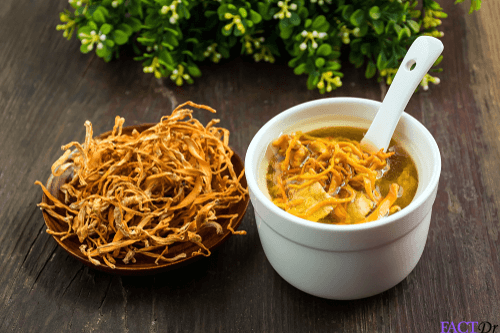 Owing to years of research poured into it, Cordyceps attained its medical accreditation through a number of proven studies. In order to prove its therapeutic needs certain clinical trials were performed on volunteered athletes, these clinical trials proved that certain curative action did exist for hepatic, renal, and cardiovascular diseases. Not only did it help in curing hepatic, renal and cardiovascular disease, it also contributed to anti-cancer ventures by causing a reverse effect on cancer affected cell.

What is the right dosage? 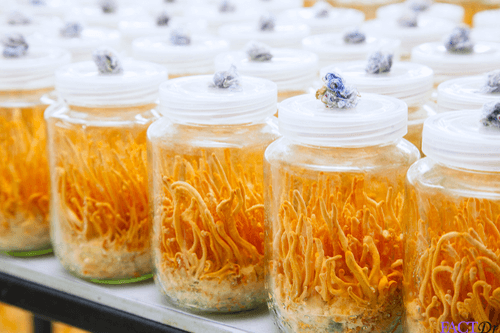 It is proved that Cordyceps Sinensis is not available commercially in most of the food supplements. The reason behind this depressing fact of its availability is accounted to its limited growth making it expensive and difficult to avail it. Being scarcely available it has found a high market value and has been credited as the most expensive mushroom in the world. It is sold at a price of $20,000 per kilogram.

As the production of Cordyceps was limited, it was decided by a number of scientists that, certain reproductive parts of the Cordyceps which were acquired from the mycelium (white filaments) cultures would help produce Cordyceps.

It is advisable to avoid the consumption of Cordyceps or CordyMax if found allergic to the same. It is largely prohibited for women who are pregnant and lactating. Though there aren’t any supporting theories for the same, it is better to avoid the use of it during pregnancy and lactation, just to remain on safer sides and to avoid any complications.

If you are affected by an autoimmune disease such as multiple sclerosis (MT), lupus (systemic lupus erythematosus, SLE), rheumatoid arthritis (RA), or other conditions it is best to avoid Cordyceps as it can result in overworking the immune system. This can cause the symptoms for the specific auto-immune diseases to increase enormously causing more damage to the body.

People diagnosed with bleeding disorders should avoid the use of Cordyceps. Cordyceps helps in slowing blood clotting and can result in increasing the risk of bleeding. And it is safer to avoid Cordyceps two weeks before surgery to prevent the risk of bleeding. Though major side effects are not being reported it is evident that side effects like nausea, gastrointestinal disturbances, and diarrhea do persist when Cordyceps are consumed.