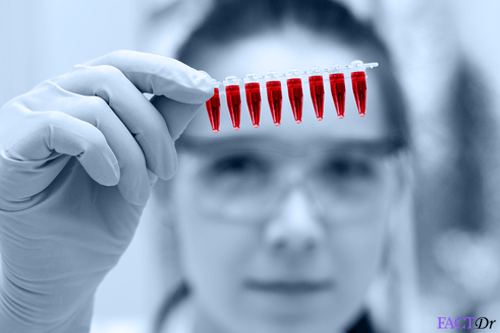 What is the APL IgM test?

The antiphospholipid antibodies are a specific protein produced by the body and directed against the phospholipids. It is an autoimmune disease which is termed as Antiphospholipid syndrome (APS) and generally comes without any syndromes. The phospholipids are a type of lipid molecule found in the cell membranes.

Each phospholipid is composed of two fatty acids, a phosphate group, and a glycerol molecule. Apart from regulating a variety of activities in the body, they are also found in the lungs and in the joints, where they assist in lubrication. APS is mostly found in young women between the ages of 30 to 40. The disease results in improper blood flow and can lead to dangerous clotting in the arteries and veins. It can also cause complications for pregnant women and result in pregnancy miscarriages.

The test measures the level of the antiphospholipid antibodies in the blood.  The IgM antibody is one of the five subcategories of antibodies and it is found both in the blood and the lymph. It is the first antibody that is generated by the body while responding to an infection.

It has been estimated that these antibodies result in in15 percent to 20 percent of all cases of deep vein thrombosis and around one-third of new strokes occurring in people below the age of 50. The correct diagnosis and treatment of the disease are very important and one major aspect of it is the prevention of blood clots through oral drugs that causes blood thinning or anti-platelet drugs.

While many people with these antibodies can be apparently healthy, some can suffer frequently from systemic lupus erythematosus. The disease can also be associated with multiple instances of heart attacks in young people who were without any cardiac risk factors.

The blood clots can occur anywhere in the circulation and can affect any organ in the body. The test cannot predict the occurrence of the blood clots and is just an indicator of APS.

In pregnant women, APL can cause clots in the blood vessels of the placenta, resulting in fetal growth retardation. The exact reason for the formation of these antibodies is not clearly known. While there are many antiphospholipid antibodies, there are three major ones that are measured through blood tests. These are the lupus anticoagulant, the anticardiolipin antibody, and the anti-β2 glycoprotein.

While most people with APS does not have any symptoms, it can cause low platelet count or the formation of rashes in the body. APS can also be caused by genetic traits and people with infections like HIV, syphilis, hepatitis C or Lyme disease can have these antibodies in their blood.

In many cases, patients consuming medicines related to blood pressure, heart rhythm and seizures can have a higher count of these antibodies. For patients with APS, blood clots can occur when they get pregnant, undergo surgery or have high cholesterol levels or blood pressure. In some cases, obesity, the use of birth control pills and a sedentary lifestyle can also trigger the symptoms.

Why do I need to undergo an APL IgM test?

One major reason for patients to undergo this test is when they form blood clots that are detected. There are also other symptoms, some of which are mentioned below.

– Chest pain and shortness of breath
– Pain, redness, warmth, and swelling in the limbs
– Persisting headaches
– Speech pattern changes
– Upper body discomfort in the arms, back, neck, and jaw
– Feelings of nausea

The test is also ordered when there are repeated miscarriages for a woman or as a follow-up to a prolonged PTT test. The test may need to be repeated after regular intervals to confirm the diagnosis of APS.

How is an APL IgM test performed?

For the IgM antibody testing, a blood sample is drawn from a vein through a needle and the process is termed as venipuncture. The process very simple and it involves the following steps.

– The collection area is initially disinfected to prevent any infections.

– The collection site is generally around the elbow region but at times it can also be chosen from the back of the hand.

– The band is loosened to release the pressure and the needle is gently withdrawn. Some pressure is applied on the site through a gauze or a cotton role to prevent any excess bleeding. The spot is then covered with a sterile bandage and the sample is sent to the laboratory for testing.

The test methodology is usually through an Enzyme-linked immunosorbent assay (ELISA). The entire process is safe and is generally concluded within a few minutes. Since the size of the veins varies from one person to the other, locating the right vein may be difficult for some patients and multiple punctures may be needed.

For infants or young children, veins are difficult to find and hence, a sharp tool called a lancet is often used to break the skin and collect the required volume of blood. In such cases, blood can also be collected from the heel area through a tiny needle and the method is often termed as “heel stick collection.”

In certain scenarios, a patient might feel dizzy or lightheaded due to loss of blood after the collection and may need proper care. The puncture site might develop a bruise or some soreness but those usually go away within a few days. In some exceptional cases, there might be excessive bleeding or the puncture site can develop an infection, for which treatment is needed.

What is the price for an APL IgM test?

The cost of the test varies between Rs 500 to Rs 2500 depending on the location and details of the testing center.

The test results are usually delivered within 24 to 48 hours, depending on the laboratory.

What is the normal range for an APL IgM test?

The test results are either negative, positive or intermediate, based on the presence or absence of the IgM antibody in the blood. The following levels are considered as reference ranges in general, though it may vary depending on the laboratory.

The MPL unit refers to Immunoglobin M Phospholipid Units. The levels are to be interpreted by a doctor based on the symptoms and the medical history of the patient.

The results need to be interpreted carefully as they depend on a variety of factors. The negative results indicate no antibodies are present. The low and intermediate levels can be due to an infection or drug or may appear as a person gets old. Such levels are not clinically significant unless there are specific symptoms present.

The varied levels of the antibody can also be found in patients who have conditions like inflammation, autoimmune disorders, infections or cancer. The positive results are generally retested after 12 weeks and a continued high level of the antibodies can be interpreted as an antiphospholipid syndrome or lupus.

Do I need to fast for the APL IgM test?

Fasting is not necessary before appearing for the test.

What else do I need to know before I appear for an APL IgM test?

The following points can be noted before appearing for the test for a clearer understanding of the same.

– The test results cannot predict the symptoms or their severity levels. While some individuals can live without any issues, others may face recurrent problems.

– There is no known process to stop the development of these antibodies. The identified risk factors can be controlled to reduce the chances of blood clot formation.

– The reagents used to test for syphilis contain phospholipids and they can generate a false-positive result in patients with APL antibodies.

– It is best to discuss with the doctor about any drugs or medications that you might be consuming before the tests as certain medicines can generate false-positive results.

Is the APL IgM test possible for new-born babies?

The test can be conducted on new-born babies as advised by the doctor.