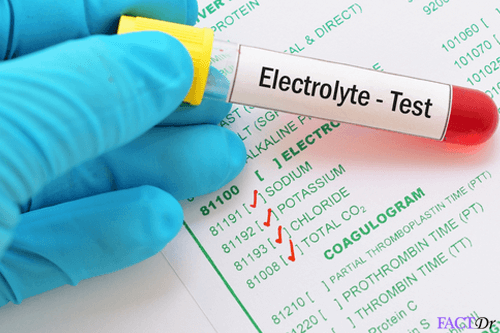 What is the chloride test?

Chloride is one of the most important electrolytes in the body as it maintains the fluid and acid-base balance of the system. It works with other electrolytes like sodium and potassium to maintain overall health. The chloride test is a simple blood test that is used to determine the chloride levels in the body.

The kidneys play an important role in maintaining the chloride levels steady in the system and levels that are far from normal may indicate a problem with the kidneys. As an anion, chloride is a significant component of the gastric juices. While chloride is present in almost all body fluids, it is found in the highest concentrations in the blood serum and in the extracellular fluid compartment.

The chloride levels are directly related to the sodium levels and they change together due to the same reasons. In the case of an acid-base imbalance, the chloride levels can change independently as it acts as a buffer.

In case there is an electrolytic imbalance in the system due to too much chloride, the condition is termed as Hyperchloremia. This condition can occur for various reasons, some of which are mentioned below.

– The intake of an excessive saline solution while in the hospital, such as during a surgery.
– It can also happen due to the ingestion of large volumes of saltwater.
– A case of severe diarrhea.
– An acute kidney disease
– Extremely high ingestion of dietary salt
– A case of bromide poisoning, from bromide-containing drugs
– During renal or metabolic acidosis, when the kidneys do not eliminate acid from the body properly or the body generates an excess amount of acid.
– In cases of respiratory alkalosis, a condition that occurs when the amount of carbon dioxide in your blood is too low.
– Prolonged use of drugs called carbonic anhydrase inhibitors or some conditions, can also result in this condition.
– In some cases, chemotherapy can lead to excessive vomiting, causing dehydration and hyperchloremia.
– In some cases, hypochloremia or a reduced level of chloride in the blood can also occur leading to a wide range of symptoms.

In most cases, the chloride test is also a part of an inclusive set of tests called the comprehensive metabolic panel. This test measures the level of all other electrolytes including sodium, potassium, and bicarbonates.

Why do I need to undergo a chloride test?

The test is ordered to diagnose a variety of conditions which include high blood pressure, heart ailments, kidney disease, and liver disease. It is also conducted when the patient shows symptoms of acid or fluid imbalance. The symptoms include the following condition.

The test is also ordered with other tests like cholesterol, blood sugar and also with tests for other electrolytes such as sodium and potassium. The chloride levels can also increase from diabetes.

How is the chloride test performed?

The test is performed by collecting a blood sample from a vein of the patient through the process of venipuncture. In this process, a small needle is inserted into a vein to draw the required volume of blood into a vial. The process involves the following steps.

– An elastic band is tied in the upper arm to make the veins swell with blood, making them easily visible. The collection site is generally around the elbow region and the healthcare practitioner disinfects the area. In some cases, blood may also be collected from the back of the hand depending on the vein size.

– The band is untied and the needle is gently withdrawn from the vein. Optimum pressure is applied on the site through a gauze or a cotton piece to check any unwarranted bleeding. The spot is then covered with a sterile bandage and the sample is sent to the laboratory for testing.

– The entire process is safe and is generally concluded within five to ten minutes. Since the size of the veins can differ from one person to the other, multiple punctures may be needed for some patients for locating the right vein.

– Some patients might feel dizzy or lightheaded after the collection and has to be handled with the necessary care. Any pain or bruising around the collection site is generally cured within a few days. The process does not have any side effects and chances of infection or excessive bleeding from the site are rare. Necessary medical advice needs to be taken for any such case.

What is the price of a chloride test in India?

The test is not costly and the charges range between Rs 100 to Rs 500 depending on the location and facilities provided in the testing center.

The test results are generally delivered within one to two days. In some laboratories, they are delivered on the same day.

What is the normal range for a chloride test?

In adults, the normal range of serum chloride is between 98 and 107 milliequivalents of chloride per liter of blood (mEq/L).

The test results are to be studied by a doctor for making the right diagnosis. In general, increased levels are associated with severe dehydration in many cases. Other causes include Cushing syndrome or kidney disease. A decreased level or hypochloremia can occur due to conditions like congestive heart failure, prolonged vomiting, Addison disease, emphysema or due to chronic lung diseases. Excess loss of acid from the body, termed as metabolic alkalosis, can also be a reason for the same. Since chloride levels are affected by various factors including diet, abnormal levels do not necessarily indicate a medical condition. The doctor can analyze the situation and order for further tests as required.

Do I need to fast for the chloride test?

The doctor can ask you to control your food and fluid intake for a few hours before the test.

What else do I need to know before I appear for a chloride test?

The following points can be noted regarding the chloride test in order to get more clarity on the test result and conditions.

– The chloride levels in the blood can be affected by the consumption of various medicines. Tell the doctor about any over-the-counter or prescription drugs that you might be consuming to get accurate test results.

– The doctor can also order a urine test in addition to the blood test to check the levels of chloride being passed out through urine.

– The test cannot point out any specific disease or condition in the system. The doctor will analyze the result in association with your symptoms and past medical history for proper diagnosis.

– The treatment offered for the conditions can vary depending on the diagnosis. For dehydration, the doctor will recommend hydration. If the issue is related to salt intake or due to some medicines, the necessary steps are to be taken to regulate consumption. In case further tests point towards an issue related to the kidney, you will be referred to a nephrologist.

– In many cases, new-born babies may show symptoms of hyperchloremia their chloride levels rise in the week after birth. This is a natural symptom and does not indicate a health issue.

Is the chloride test possible for new-born babies?

The test is possible for new-born babies if advised by the doctor. 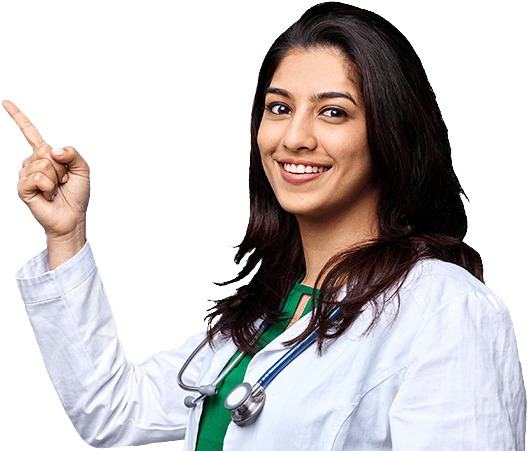