Ovulation – facts to know about ovulation 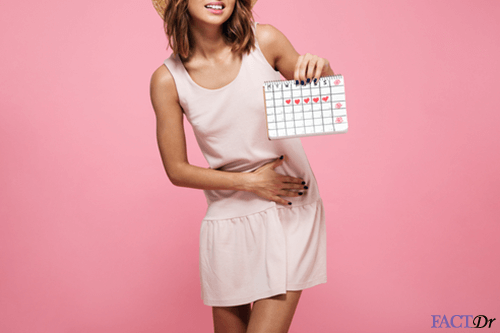 Ovulation is a process when eggs are released from a woman’s ovaries during menstruation. The egg or ovum is released only when it reaches its full maturity. The released egg then travels through the fallopian tubes, where it may be fertilized by a sperm cell.

If the egg gets fertilized, it may travel to the uterus and get implanted and result in pregnancy. If the egg is not fertilized, it will break up and gather in the uterine walls and will shed in the next menstruation cycle.

What happens during ovulation?

Ovulation starts when the hypothalamus triggers the brain to release the luteinizing hormone (LH) and the follicle-stimulating hormone (FSH).

Medical science claims that a female fetus can carry up to 1-2 million immature ovum or oocytes in the ovaries. This is the maximum limit of eggs that a female body can produce in her lifetime. So, by the time the woman reaches her reproductive age, she will be left with 300 to 400 ovum that will gradually decrease with years.

When does ovulation occur?

The ovulation cycle generally varies from person to person. It will generally occur during the 6th to 14th day of your standard 28-day menstruation cycle.

During this time, the FSH helps the egg to mature and makes it ready for fertilization. Similarly, the LH gives the ovary a signal to release the egg to be fertilized by the sperm cell. The ovulation generally occurs between 28-36 hours after the LH has triggered the release of the fertilized egg.

How do I know that I am ovulating? Here are a few symptoms that may help you understand your ovulation cycle.

Look for a change in the vaginal secretions. Just before your ovulation starts, your cervix will be producing a thin, clear, white discharge or mucus, which indicates that your body is getting ready for ovulation. As you reach your ovulation date, the mucus may get thicker and cloudy.

As your ovulation date is getting closer, the LH hormone will increase significantly to trigger the ovum’s release. You can keep an ovulation urine predictor kit at home and measure your LH hormone. If you are ovulating, the kit will give a positive result.

A recent study has shown that the basal temperature increases during the time of ovulation and may last for 2 or 3 days during the ovulation cycle. It occurs because of the increase in progesterone hormone production, which prepares the body to release the egg. You can use a thermometer to keep track of your basal body temperature.

The mittelschmerz pain is mild pain in the lower abdomen that generally occurs during ovulation. It may last for a few hours.

Widening of the cervix

During ovulation, the cervix widens and softens up. It helps the sperm to reach the fallopian tube and fertilize the egg. The cervical mucus thickens up, and the consistency is similar to egg white to assist the process. There may be slight swelling in the vaginal area as well.

Some women may also experience mild spotting. This is absolutely normal in most cases.

Many women may experience an increase in sex drive due to overactive hormones.

There may be mild swelling in the breasts due to the release of hormones in the body.

The most common misconception is that if you are menstruating, you are ovulating. But this is not true. The estrogen helps in building up the uterine wall, and there may not be any disintegrated ovum. The progesterone, on the other hand, controls the bleeding process and may trigger the menstruation. This may also indicate an ovulation disorder.

Another common belief is that many women think that you may start ovulating exactly 14 days after the last period. However, this is also not true. The ovulation cycle, like menstruation, is not the same for all women and may vary. If you are trying to get pregnant, it is wise to consult a doctor and maintain an ovulating calendar. Other symptoms may also help you understand that you are ovulating.

Ovulation can occur only once in a month. Women can ovulate more than once a month. Some women may ovulate two or three times in a menstruation cycle, resulting in the release of two eggs or multiple eggs. This is an absolute example of how a woman can get fertilized with two eggs that can have twins or fraternal multiples.

What is an ovulation calendar?

If you are planning to get pregnant, the ovulation calendar will help you detect your most fertile days.

To understand your fertile window, you must keep track of your:

Besides the obvious symptoms, other methods will also help you understand that you are ovulating.

The ovulation predictor kit comes in handy and helps you to predict your ovulation period. You need to drop urine in the ovulation stick, and if it comes out positive, it means you are ovulating. During ovulation, the LH hormone increases. The kit indicates an increase in the LH hormone.

Fertility monitors are available in medical stores and will help you keep track of your estrogen and LH hormones.

Having periods does not mean you are ovulating. Ovulation disorders are a prime reason for infertility in women.

PCOS is a common problem among women and may lead to infertility. PCOS may result in the formation of small cysts or fluid-filled cysts in the ovaries that may result in enlarged ovaries. PCOS may lead to hair loss, abnormal hair growth, acne, weight gain, and hormonal imbalance, disrupting the ovulation process.

This occurs when the body is not producing enough estrogen. It may lead to insufficient production of eggs. It generally occurs before the woman has reached the age of 40. In POI, women may experience early menopause symptoms. Other reasons for the disease are autoimmune disorders, genetic problems, chemotherapy, radiation therapy, exposure to toxins like excessive smoking, chemicals or pesticides, or a decrease in follicles.

The hypothalamus disorder can lead to delayed puberty, ovulation, and impair the normal growth in children.

The hypothalamus dysfunction can cause ovulation disorder. This happens when the normal production of FSH and LH hormones are disrupted.

Hypothalamus dysfunction can lead to:

Hyperprolactinemia is a condition in which a person has more than the desired level of the hormone prolactin in the blood. This is one of the leading causes of ovulation disorders.

The prolactin hormone is responsible for mild production during childbirth and also regulates the estrogen and progesterone hormones in both men and women.

Hyperprolactinemia can occur due to the growth of a tumor called the prolactinoma on the pituitary gland. It can also happen due to the overproduction of the prolactin hormone which can reduce the estrogen levels and disrupt the normal course of ovulation.

Unhealthy food habits and lack of exercise can lead to health complications like obesity, depression, and difficulty in pregnancy.

Other medications, like anti-inflammatory drugs and steroids, can also hamper ovulation and cause infertility. Long-term use of contraceptives like birth-control pills can disrupt ovulation and delay pregnancy.

To diagnose ovulation disorders, your doctor may look into your medical history and do certain tests to rule out other symptoms. Lifestyle changes and fertility drugs are the usual courses of treatment.

Doctors may also try to induce hormone-replacement therapies and medications, along with nutritional supplements, to treat the disorder.

In case you are trying to conceive, and the fertility drugs are not working, doctors will venture into other options like IUI (intrauterine insemination) or IVF (in-vitro fertilization) to induce pregnancy. However, these are far more invasive and lengthy procedures.