Transcend deeper into a healthier mind and body with transcendental meditation 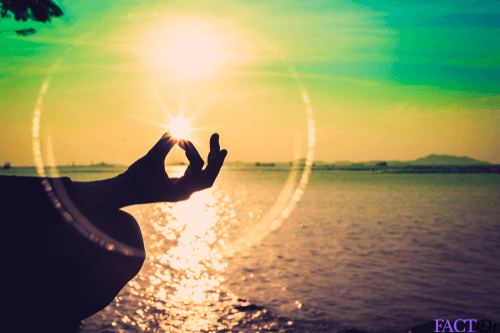 What is Transcendental Meditation?

Popularized by Maharshi Yogi in India in the mid 1950s, transcendental meditation is a specific type of meditation that concentrates on removing distractions from mind and elevating levels of awareness. Though this is a part of the Vedic culture in India, it was revived and brought into notice of the western world by Maharshi Yogi through a series of world tours done by him.

In Transcendental Meditation, a person is supposed to sit in a calm and relaxed position and chant a specific mantra. This process is believed to help the mind transcend into a state of pure consciousness and awareness. The meditation is done with the eyes closed and this entire procedure enables the person reach an extremely relaxed and aware state of mind with zero mental boundaries and limitations.

The usual way for practising transcendental meditation is to perform this meditation twice a day for at least 15-20 mins each time. The first session is supposed to be done in the morning and the second can be done during the afternoon or early evening.

What makes transcendental meditation so unique?

From Oprah to Clint Eastwood, transcendental meditation has taken the world by storm. Advocates of this meditation swear by its amazing benefits and how life-changing it has been for them. Just by chanting a simple mantra ( in Sanskrit) people are able to gain tremendous levels of control over their bodily functions such as breathing and blood pressure, not to mention lower their stress and anxiety levels too.

But how does this actually happen? Let’s find out.

There have been more than 600 studies to analyze the health benefits associated with transcendental meditation and almost all of them support its effectiveness in regulating and controlling numerous chronic diseases, starting from the biggest killers of the human beings, the CVDs or cardiovascular diseases.

Often called as a deceptively simple meditation routine, the transcendental meditation aims to ( and often accomplishes to) remove the one element triggering stress, anxiety, and a host of life-threatening diseases – mindlessness. At its very core, the proponents of TM consider the state of mindlessness as the number one contributor to restlessness. Mindlessness is our automatic response to external stimuli. Most of us tend to remain mentally absent in our everyday events and interactions. Each action that we perform, is not performed with 100% mindfulness and mental presence.

In the continued practice of being mentally absent from the present moment creates a tension between the two worlds – the actual present world and the world that we keep our minds preoccupied in. This tension, as per Maharshi Yogi, catalyzes negative emotions and response leading to higher levels of dissatisfaction and thus stress.

What most people don’t realize is that stress is one of the most significant contributors to chronic and lifestyle diseases. Starting from hypertension, heart attacks, obesity, diabetes,depression, Alzheimer’s, asthma, and gastrointestinal disorders to even cancer, high stress levels have now been scientifically proven to increase the risk factor and exacerbation of symptoms in case of all these life-threatening conditions.

Transcendental meditation comes as a rescue for the modern man caught in the quagmire of physical and mental stress owing to unhealthy lifestyle habits. The numerous studies done on TM have revealed that it has the potential to help fight the wrath of these diseases and more.

How Transcendental Meditation can benefit you?

The following are the results obtained from years and years of scientific studies done on substantial sample of people who have practised TM.

Blood pressure: High blood pressure is not only a trigger to heart attack but also to strokes, preeclampsia, and kidney failure. High blood pressure is also associated with anxiety disorders and panic attacks. Studies done on TM reveals that regular practice can significantly lower both systolic and diastolic blood pressure, precisely by 4.7 and 3.2 mm Hg respectively. Doctors agree that these are clinically meaningful reductions.

Stress control: More than 160 studies on transcendental meditation have proved that this form of meditation has relatively stronger impact on curbing anxiety levels,negative responses, traits of neuroticism while learning, and improving self-realization. It has also been shown to improve concentration, attention, and mindfulness.

Immune system: Several studies have revealed that those who practice transcendental meditation as per the correct routine show different levels of circulating lymphocytes. Lymphocytes are the WBCs or white blood cells that form the immune system and destroy diseases causing pathogens. This can be partly attributed to the decrease in stress level (and thus inflammation) which means that proper practice of TM can keep you relatively infection-free.

Higher brain coherence: Brain coherence refers to the interconnectivity of different networks of functional and anatomical parts in the brain. This factor depends on neuronal oscillations or how well the neurons are synchronized with each other. Higher is the brain coherence, better is it at handling computational jobs and jobs that require higher concentration. Studies have now revealed that practicing transcendental meditation can increase the frontal brain coherence. Higher levels of frontal coherence was seen just by 2 months of regular TM.

Other added benefits of transcendental meditation

– Lower stress levels and better mental energies can also drive efficiency at workplace. No wonder many companies have now made transcendental meditation a part of their office life.

– Since your neuronal interconnectivity and synchronicity is higher, you are much more capable of being more creative and adept at solving complex problems. Supporters of TM often claim that it has helped them come up with more and more original and creative ideas by expanding their awareness level.

– Transcendental meditators are known to have more optimistic outlook and empathetic nature. Regular meditation brings the mind closer to self-awareness and it results in people being more happy, content, and kind.

– Most Silicon Valley biggies and Fortune 500 CEOs have one thing in common. They meditate. And most of them have nothing but praises for transcendental meditation. As per a recent report, transcendental meditation has been called the biggest investment in the business world that pays off big. This is because it creates an upsurge of creative and original thinking while aiding critical thinking – skills that are much needed to make it big in the world of both business and technology.

-Did you know meditation can cut your risk of death by CVDs by a whopping 48%? This means that if one has a high risk of developing CVD symptoms, he/she can realistically increase the lifespan by practising transcendental meditation.

– It invariably improves the quality of sleep you get every night. When your quality of sleep improves, the benefits trickle down to every aspect of your mental and physical health. You end up waking fresh and energetic each day, instead of putting your alarm into snooze mode trying to catch a few more minutes of sleep. – 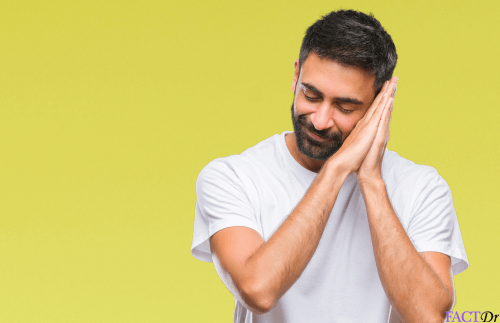 Transcendental meditation is one of the many forms of meditation known to mankind. But how is it any different from regular meditation and why do you need the unique benefits of TM? To understand that picture a gym or a sports arena.

There are different types of sporting activities or gyming routine present. Each one of them targets a special muscle or group of muscles and helps reach you your fitness target. A sportsman can be a tennis player or a cricketer – but the fundamental sports remains the same.

For starters, transcendental meditation unifies your entire brain and treats it as a single holistic unit, a core feature found only in this form of mediation. This yields amazing results for those in the field of sports, business, and arts since these fields have a greater requirement of holistic approach and problem-solving.

Secondly, this form of meditation doesn’t require any contemplation or concentration. It is a simple and effortless routine which only requires you to chant a particular mantra and use this as the anchor to streamline your thoughts, remove tension, and gradually achieve higher levels of awareness. 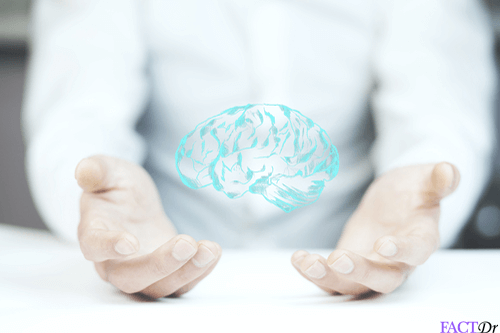 Brain scans have revealed that transcendental meditation lead to the generation of alpha waves in the brain. These brain waves are associated with relaxation and increased neuronal coherence and synchronicity. It is defined as the resting state for the brain. Alpha waves are often called as the path to “power of now” or being 100% present in the moment.

The Transcendental Meditation technique became popular with students in the 1960s and by the early 1970s centers for the Students International Meditation Society were established at a thousand campuses in the United States with similar growth occurring in Germany, Canada and Britain.

How to perform the transcendental meditation?

The selection of the mantra has been streamlined and standardized by Maharshi Yogi himself to ensure that the entire process of TM becomes foolproof and highly effective for you. The following are the basic steps in which TM is done.

– It is practiced for 20 minutes twice a day.

– Sit in a comfortable chair in a relaxed position

– Slowly close your eyes and take a few deep breaths to relax your body.

– Open your eyes and close them again. You should now keep your eyes closed for the entire session of meditation.

– Repeat a Sanskrit mantra in your mind ( this is usually given by your teacher/trainer). As soon as you recognize a thought rising in your mind, return to chanting the mantra.

– After 20 minutes, slowly start moving your toes and fingers to ease your transition to the real world.

– Sit in the same position for few more minutes before getting back to your daily life. 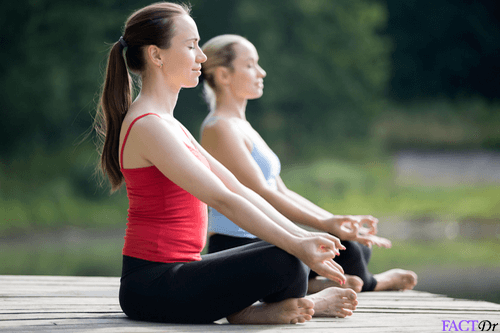 Maharshi Yogi, the man behind the massive popularity of transcendental meditation, said that as you gradually delve into the stages of meditation,you will feel “bubbles of thoughts produced in a stream one after another”. You technically enter the phase of transcendence when even the most subtle thought or experience has been experienced. The chanting of mantra is a remarkable way of having your concentration streamlined rather than getting lost in distracting thoughts.

The practice of  “unstressing” is imbibed in the practice of transcendental meditation.which is a way of effortlessly calming and relaxing yourself combined with a series of positive imagery and emotions.One needn’t sit in any specific yogic position to be able to do transcendental meditation correctly. However, it is advised to keep the chanting of your mantra silent and a secret from others to achieve maximum benefits.

With this simple and effortless way of meditating you can actually awaken your inner consciousness and imbibe the best of physical and mental health benefits in your daily life. With just 40 minutes a day you could open a complete new dimension of health, happiness, and positivity with transcendental meditation.