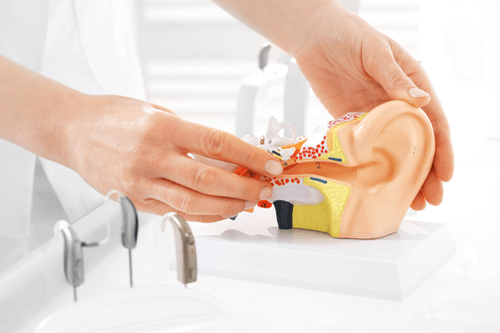 Why do we have ear wax?

Cerumen helps in preventing these external factors from entering the ear canal and protects the eardrum from infections. The production of cerumen can vary from person to person. Few people produce less cerumen whereas some may produce more cerumen.

Why does ear wax become impacted? 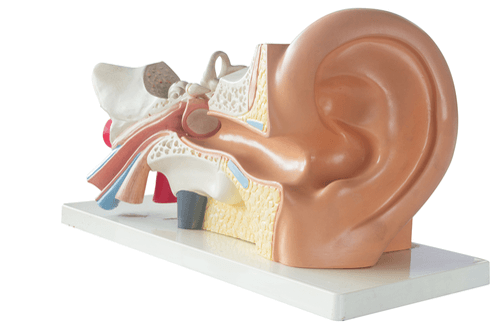 Ear wax getting impacted is not a healthy sign.  The human ear is designed to manage the cerumen it produces. Ear wax impaction is generally noticed when people try to use external objects such as Q-tips to clean ear wax. In the process of clearing the ear wax, Q-tips actually pushes some of the ear wax deeper inside the ear canal which can result in ear wax impaction.

Cerumen impaction can affect anybody and everybody. Some of the most likely risk factors include:

How is cerumen impaction diagnosed? 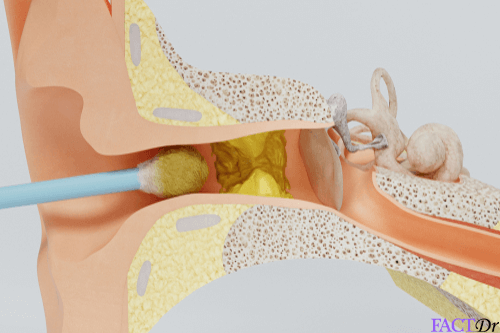 Diagnosis of cerumen impaction generally requires a visit to the doctor’s office.  After an initial physical examination, the doctor would use an instrument called otoscope to look into the ear. This device can determine if the cerumen is impacted and how severe is the impaction.

How is cerumen impaction treated?

The first method of medically treating cerumen impaction is with the use of ear drops. The ear drop prescribed to treat impaction is called cerumenolytic (a solution that loosens ear wax). Ear drops need to be placed inside the ear while lying down with the affected ear facing upwards. It is important to allow the ear drops to remain in the ear canal for some time. This helps the cerumen to loosen and eventually fall off. The same procedure should be continued until all the cerumen impaction clears up.

Ear irrigation is the second method of removing cerumen from the ear canal. This method is used to remove ear wax when the ear drops fail to produce results. Ear irrigation is done by applying water pressure which helps in dislodging the impaction. Electronic devices are used to perform ear irrigation where water is sprayed at a controlled speed. The water pressure is maintained adequately so that it does not damage the eardrum.  This procedure is performed for a period of 15 minutes in order to remove the impacted ear wax completely.

This procedure is generally not painful but can be uncomfortable when water is sprayed inside the ear canal. If the impaction does not clear up by the first attempt, the same procedure is followed again after application of ear drops. Ear drops are placed inside the ear canal and allowed to stay in there for some time so that the wax loosens. Next, ear irrigation is performed for the second time to remove the impacted wax. If the impaction still does not clear up which is quite rare, the patient is referred to an ENT specialist who specializes in ear, nose, and throat.

ENT specialist would then examine the ear canal and assess the severity of impaction. Next, specially designed instruments such as suction device, cerumen spoon, and forceps are used to manually remove the ear wax from the ear canal.

This might be the simplest way to remove ear wax from the ear canal.  Taking a warm water shower can help remove the ear wax naturally. Tilt the head to one side allowing water to flow inside the ear, retain the same position until the wax clears up. Repeat the same procedure for another ear. After completing this process, make sure to drain all the water from both the ears. This method of removing ear wax is considered the safest and easiest method to follow.

Sodium bicarbonate and hydrogen peroxide can be instilled into the ears to loosen up ear wax if the cerumen is partially impacted and does not clear up with water rinses. This can also be achieved by applying olive oil or mineral oil. Both these oils are considered safe and do not cause damage to the eardrum. Sodium bicarbonate and hydrogen peroxide can also be used to soften the ear wax. Place these items inside the ear canal and allow it to soak for a couple of minutes. Next, water rinse can be performed to remove the ear wax once the wax loosens up. It is important to not place any other type of items inside the ear canal such as essential oil or baby oil since it can cause severe damage to the ear.

Cerumen is formed when dry skin cells mix up with secretions of the sebaceous gland. The production of cerumen increases when the outer layer of the ear is dry. This increases the level of dead cells and in turn, more cerumen is produced. Moistening the outer ear canal helps in reducing the number of dead skin cells and reduces the cerumen production as well. This minimizes any type of cerumen impaction in the ear.

Studies have revealed that omega 3 deficiency can increase the production of cerumen in the ear. Omega 3 is present in seafood in abundance. Consuming seafood regularly is the best way to improve the levels of omega 3. Omega 3 is also available in supplement form which can be consumed to meet the demands.

There are numerous unconventional methods of removing ear wax such as ear candling, using Q-tips, and instilling baby oil. It should be noted that these methods are not medically approved and can cause severe damage to the ear. It is quite common to use Q-tips to remove ear wax. This method has been followed for several years but in reality, this causes more problems than solutions.

When Q-tips are used, there is a high probability that the wax is pushed further inside the ear canal. This makes the ear wax to lose moisture and become hard leading to impaction. On the other hand, many people use baby oil to dissolve the wax. This is not medically approved and hence should not be followed. 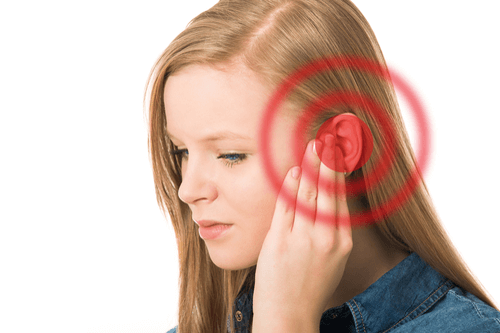 Finally, ear candling has been quite popular in recent times.  Many people are trying this method to remove ear wax. During this procedure, a 10-inch long cylindrical fabric dipped in wax is placed in the ear and the end which is outside the ear is lighted.

Can cerumen impaction be prevented?

As discussed earlier, the human body can manage the cerumen appropriately under normal conditions. Cerumen impaction generally occurs when an external object like cotton swabs are used to remove the ear wax.

Since this method of cerumen removal may cause the wax to further lodge into the ear canal, it can lead to impaction. If there is really a problem with excess cerumen production leading to impaction, it is better to consult a doctor to do the job rather than trying some unconventional methods.  Other preventive methods include adding omega 3 in the diet and keeping the outer ear canal moist and clean.