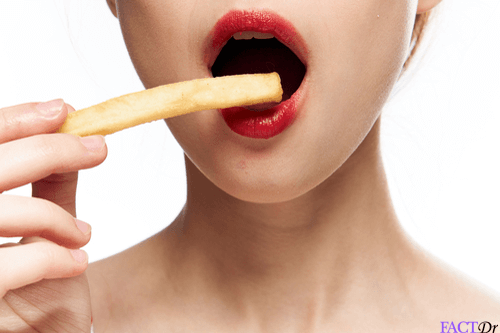 What is air fryer?

It is an electric machine that is used as an alternative to frying food in oil.  It gives similar taste and texture to the food when compared to oil fried foods. It circulates hot air which enables the food to cook and give the crispy outer layer.  It can be considered as a machine that can make food healthy by reducing the fat content. 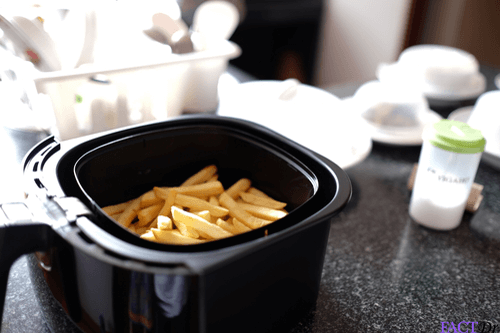 It requires minimal to no oil to prepare all the mouth-watering dishes which generally people love eating.  It can cook anything from French fries to chicken wings. Due to this unique quality of Air fryer, they seem to be quite popular these days since their invention in 2010. Air fried foods have a lower amount of fat and calories as compared to deep-fried foods.  It is known to do all the types of cooking including frying, grilling, baking, as well as roasting.

Why should you start using air fryer?

There are numerous benefits associated with cooking in air fryer.  Few are discussed below.

Remove those extra fats from the food

Fat content in food leads to several health issues when people try to consume fast foods such as French fries.  Potatoes already contain fat in them and when they are deep fried in any cooking oil, the fat content increases by another 60%.  Air fryer seems to be the best option to cook fast foods such as French fry with a reduced amount of fat. It does not fry the French fries in oil, but just with hot air.

Cooking food in this manner retains the taste and texture which is very similar to oil fried foods. Studies have indicated that consuming high amounts of fat-containing foods which are prepared from vegetable oil are known to cause various health problems such as inflammation as well as heart disease. 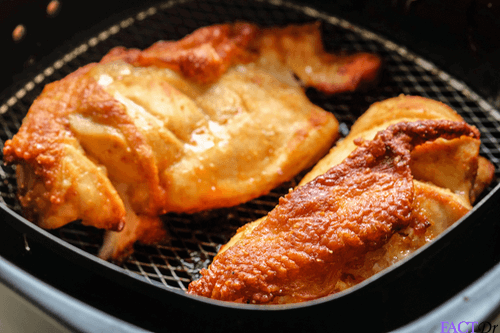 Avoid the formation of harmful compounds

There are several harmful compounds created when carbohydrates rich foods are deep fried in oil.  One such compound is called acrylamide. Acrylamide is considered to be a carcinogen, a substance known to cause cancer.  This seems to be one of the most dangerous side effects of deep frying high carbohydrate-containing foods. A better option of cooking such food is by air frying it.

Since Air fryer does not involve deep frying in oil, it completely negates the formation of dangerous compounds such as acrylamide. Studies have indicated that air frying the food reduces the formation of acrylamide by 90% and hence can be considered to be one of the safest ways to cook carbohydrate-rich foods.

Why are oily foods considered dangerous?

Deep frying the foods is the common practice followed by almost all the fast food outlets.  Frying the food enhances the taste as well as the food is cooked fast in large quantities. Fast food restaurants mainly concentrate on these two aspects.  Frying the food increases the amount of fat and calories present in the food. Some of the common foods used to deep fry include French fries, cheese strips, fish nuggets, etc. 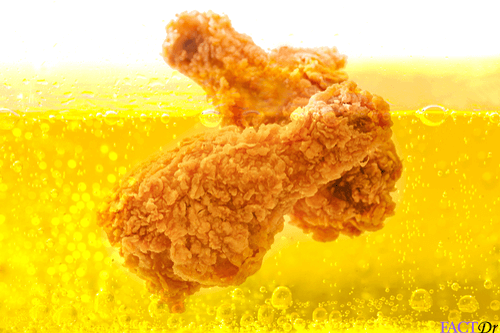 It is a well-known fact that any food that is deep fried increases the amount of fat as well as calories.  The water content in the food is lost and the food absorbs more and more fat from the oil. Fast food outlets not only fry the food, but they also soak the food in flour and other substances which again absorbs more fats from the oil.  Studies have indicated that a 100-gram potato contains around 93 calories whereas the same 100-gram French fries contains 819 calories when deep fried. This clearly indicates the adverse effects of frying food.

Trans Fat is the unsaturated fat which is produced from vegetable oil.  It is used in a variety of food products since it increases the life span of the food product.  Foods containing them are difficult to digest and cause several health problems. Fried foods are cooked using vegetable oil which contains high amounts of trans fat and causes serious health problems.  Generally, fast foods outlets reuse the oil which has already been used for frying. This process again multiplies the fat present in the oil and the food absorbs all these fat.

Increase the risk of diabetes

There are several factors contributing to the abnormal levels of blood sugar.  One of the factors may include insulin resistance. Studies have indicated that people consuming an excess amount of fried foods develop insulin resistance.  Fried foods and processed foods are easily digested and this increases the blood sugar levels leading to higher risk of people developing diabetes. Studies have indicated that people consuming fried foods at least 3 times per week are more than likely to develop type 2 diabetes.

Increase the risk of heart disease

Obesity is a medical condition where the body mass index is higher than 25.  There are numerous reasons contributing to this. Generally, abnormal dietary habits are the main causes.  The excess amount of calories consumed are converted into triglycerides and stored in the fat cells. This causes the build-up of adipose tissue mainly around the belly.  A person who is obese generally becomes less active as well as face problems to move around freely. A combination of all these factors causes several health issues including dyslipidemia, diabetes, as well as heart disease.  Fried foods seem to be the main culprit as it provides excess calories and trans fat even with small quantities of food. A small bowl of the chicken wings containing 6 pieces may account to more than 800 calories, which is considered more than half the daily calorie intake.

Carcinogens are substances that are known to cause cancer.  Acrylamide is the main compound that is created when the food is processed under high heat such as deep frying.  Fried potatoes and baked foods top the list of acrylamide-containing foods. Generally, the process of hydrogenation (to treat with hydrogen) causes the compounds such as acrylamide to form in the foods and this process of hydrogenation occurs when people tend to deep fry the foods with the help of vegetable oils.

Is air fryer the best option?

Air fryer seems to be the answer to all the fast food lovers around the world.  It allows you to cook a variety of foods at the same time. It not only fries but also grills, roasts, as well as bakes your food.  It is advised to use oven-ready food products to cook in Air fryer to get the best results. Foods that are not oven ready may consume more time as well as not taste as desired.

It seems to be your best companion during the dieting days. It allows you to eat your favorite junk food without worrying about extra calories. They are now available in family size fryer where you are allowed to cook food for the entire family at the same time, which helps you save precious time.  They also come with automated menus, so that you just push a button and relax when the air fryer does its job.

There is no doubt that Air Fryer is definitely a better option to fry foods, but the fact is fried foods are ultimately fried foods and they definitely contain a certain amount of health risks associated with them.  It is always advisable to choose a healthy diet with low fat and low calories rather than compromise on the diet and stay unhealthy. Ultimately the choice is yours.