Ezekiel Bread: How to make the “world’s healthiest bread” in your own kitchen 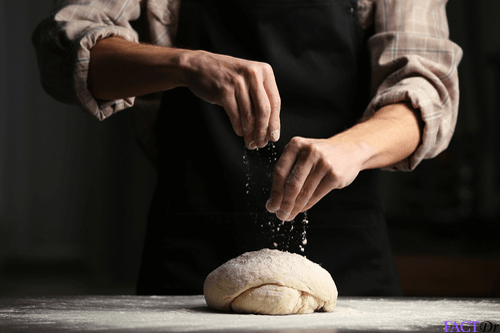 Home » Nutrition » Ezekiel Bread: How to make the “world’s healthiest bread” in your own kitchen

What Is Ezekial Bread?

You may have heard of white bread, brown bread, but Ezekial bread may seem strange. This bread is adorned as the healthiest bread. It is prepared from germinating or sprouting legumes and a variety of whole grains. It is categorized as sprouting bread and is much richer in nutrients when compared to other bread. It is exceptional than other bread for varied reasons.

How did it get its name? 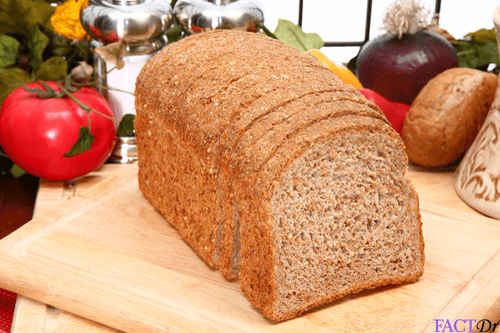 The original recipe of Ezekial bread was based on a verse in the bible which says, “Take wheat and barley, beans and lentils, millet and spelt; put them in a storage jar and use them to make bread for yourself”. The existence of this bread came to light during the biblical times. It was prepared as an alternative for people to survive famine.

The sprouting process that takes place in the making of it gives it unique properties. It contains all the nine amino acids which are typically found in animal products. Since it contains a wide range of nutrients and high content of fiber it may be appropriate for diabetic and low carbohydrate diets.

How Is It Different From Other Breads?

Why Are The Grains Sprouted? 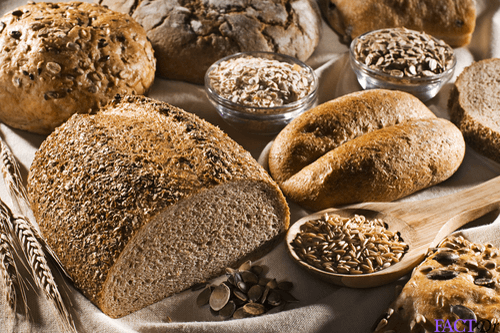 Though grains like wheat and corn appear to be simple, they contain complex molecular machinery. A whole lot of nutrients are involved during sprouting. The proteins and enzymes collaborate to turn a tiny seed into a plant. During this venture, the grains receive the appropriate signs and a complex biological process gets started.

What Makes Ezekial Bread The Healthiest?

Regulates blood sugar levels: It has a lower glycemic index and is a good choice for people with diabetes or high blood sugar. Since sprouted grains absorb water during the sprouting process, they contain lower levels of calories than whole grain bread. It prevents the sudden spike of blood sugar and regulates it.

How To Prepare Home-Made Ezekial Bread 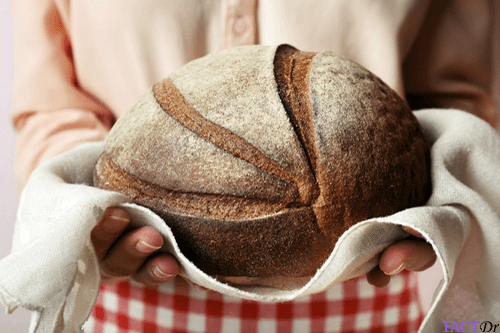 Some people prefer to make their own sprouted bread just to ensure that it is free from any chemicals and it is baked fresh. Before you can proceed with the making it is essential to purchase unprocessed and untreated whole grains. These grains are available in health stores and it is available online too.

To kick start the baking of Ezekial bread, the purchased grains are allowed to sprout. You can sprout all the grains, but always make sure to start with the whole grain berries. Care should be taken not to have berries that have been milled, rolled, flaked or prepared in other ways. These methods of preparation prevent the grains from sprouting. Now getting to the preparation part, the process of making home-made Ezekial bread involves:

Though it contains a wide range of benefits it isn’t compatible with all people. It is because it contains gluten. There are several contents in gluten that can cause havoc to the body, such as gliadins (a component of gluten), lectins (a class of proteins, chiefly of plant origin, which binds specifically to certain sugars and so cause agglutination of particular cell types), and wheat germ agglutinin (a lectin that protects wheat from insects, yeast and bacteria). These compounds can cause detrimental effects on health and portray negative effects on the digestive tract.

Gliadins: They are the major compounds that are present in the making of gluten. They are hard to digest and their amino acid structure is similar to that of the human organs. As a result, when the body develops antibodies to fight gliadins, the immune system causes an adverse effect on the tissues.

Lectin: Lectins are a vast form of protein that is present throughout the food supply. However, the excess consumption of it can lead to adverse effects. They can cause vomiting, diarrhea, and leaky gut.

Wheat germ agglutinin (WGA): It is a form of lectin which is responsible for causing several issues for people affected with celiac disease. Celiac disease is a serious autoimmune disorder that can occur in people where the ingestion of gluten leads to damage in the small intestine. The sprouting process performed in the making of Ezekial bread doesn’t eliminate lectin. The produced WGA goes unchecked during a gluten intolerance test and can lead to human tissue damage without any allergic or sensitivity reaction.

Ezekial Bread: The Hub Of Nutrition

The benefits of Ezekial bread are summed up to the fact that it is made with sprouted grains. Since it is sprouted and free from any preservatives or additives, it is considered as one of the healthiest bread. The process of fermenting and sprouting make this bread easily digestible and increase its beneficial nutritional content. However, a word of advice, people with celiac disease and intolerance to gluten should avoid taking the same as it contains gluten (considerably low when compared to other bread).