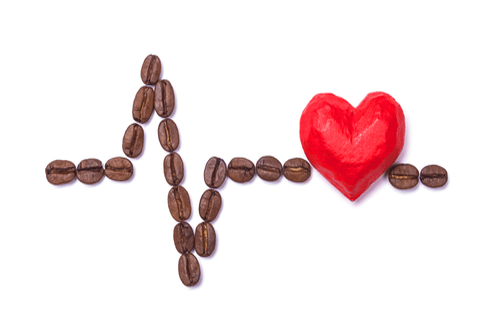 Don’t let this scare you.This complex sounding chemical is not an ingredient of a pesticide or an industrial solvent. It is the chemical name of the hot cup of energy-boosting drink you love having at breakfast, aka, coffee. Caffeine, to be more precise.

There are many stories behind how this legendary beverage came to be a part of our daily lives.

Legend has it that around 9th century a goat herder named Kaldi observed his goats becoming abnormally energetic after eating some mysterious berries atop an Ethiopian plateau.

The simple shepherd reported this strange finding to the local monk. This monk took those berries and prepared a concoction. Much to his surprise, this drink made him more alert and focussed throughout those long evening prayers.

Thus began the popularity of these wild berries, which were later named “qahveh”, or what the modern world today calls “Coffee”.

From the forests in Ethiopia to the Arabian Peninsula. And from there to Europe and the Americas. Coffee bean and its never-ending fascination have reached every nook and cranny of the planet.

Owing to its stimulating effect on the brain, coffee-serving joints quickly transformed into centers of intellectual and lively discussions.

These were colloquially termed as “penny universities” since one penny worth of coffee could enable people to engage in scholarly conversations.

How much does the world love coffee? 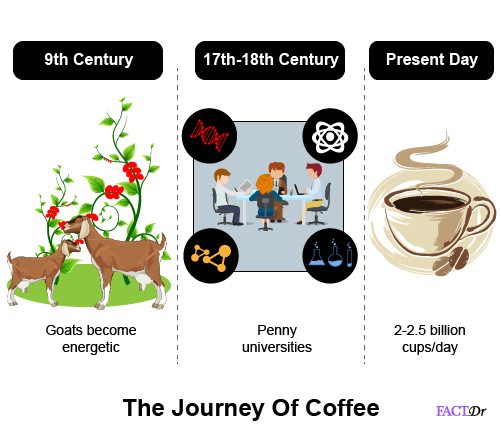 What happens when the caffeine hits your brain

So you’ve had a tiring day.

Maybe you spent your entire day working on unending piles of reports or had to attend back-to-back lectures on quantum physics. These things require a lot of focus and mental energy. Throughout these activities, your brain keeps firing neurons.

The by-product of these neurons being fired is adenosine. When there is enough adenosine in your brain and spinal cord, it’s time to log off.

That means, after a particular amount of neuron-firing, you will start feeling automatically tired and sleepy. The amount of adenosine released into your body is detected by an adenosine-receptor.

Now amongst all these complicated jargon, where does coffee come?

Well, simply put, caffeine is an adenosine impersonator. To the receptor (the one who identifies adenosine), caffeine and adenosine appear the same.

This is how caffeine wakes you up primarily.

In addition to this effect, caffeine also excites the pituitary gland to secrete the hormone, adrenaline – the “fight or flight” hormone.

This works primarily by increasing your attention and boosting your energy levels. So you have the waking up from sleep, high attention and focus, and super-charged cells- all the things you want in order to have a productive day!

Not your average ‘Cup of Joe’ 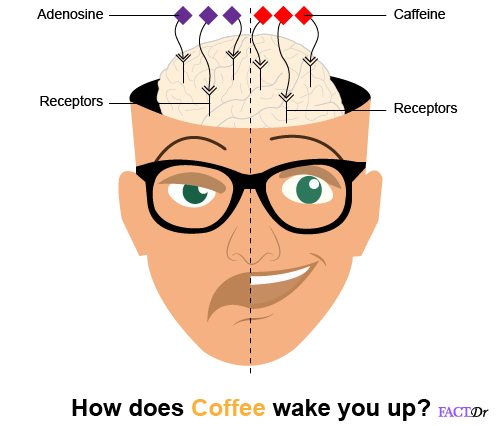 You love the smell of freshly brewed pot every morning with your breakfast.

The moment your eyes start drooping with fatigue, you immediately dash towards the coffee machine.

You love hanging out at cafes because the smell of roasted beans piques your creativity and sense of happiness.

While nothing in this list is false, nevertheless caffeine is MORE than just a drug that gets you happy and recharged.

There is a reason why caffeine isn’t considered an “upper”. That’s because, in addition to keeping you awake and mindful, this complex alkaloid hydrocarbon comes with a host of health benefits too.

During the initial years of coffee’s popularity, many scientists accused it of being counter-productive for your health. Numerous research papers and articles were written to defame it.

Even today, many people staunchly hold on to the archaic belief that it is not a healthy beverage. But as per recent studies and the WHO, a hot cup of coffee comes with a host of health benefits.

Many of these pertain to battling lifelong chronic diseases, which have sadly crept into our systems thanks to our unhealthy lifestyle. So go ahead and discover how miraculous coffee is for your overall health.

The nutritional breakdown of coffee 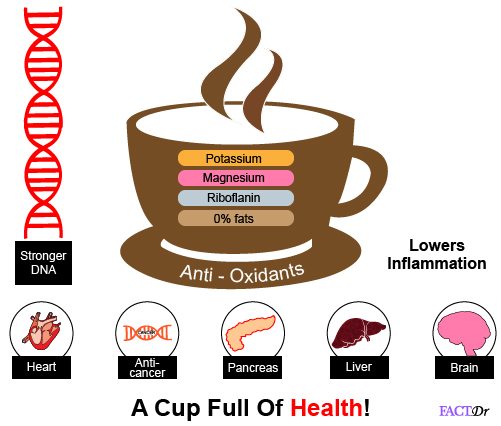 In layman’s terminology, a cup of coffee contains essential nutrients and is rich in antioxidants.

Some studies even indicate that it might contain more flavonoids than berries, grapes, or oranges. These anti-oxidants reduce oxidative stress, the process that accelerates aging. These are also responsible for decreasing the levels of inflammation in your body.

These anti-oxidants provide protection against cardiovascular ailments and even cancer. Many scientists contend that it is the biggest source of anti-oxidants in the typical western diet.

Why is coffee beneficial for you?

Did you know that your body’s metabolism causes the breakage of several DNA strands?

When the rate of DNA breakage increases, there is a potential risk of damage to the protein which resides within the DNA.The starkest consequence of this is oxidative stress or aging.  Long-term DNA breakage is also responsible for genetic mutations and genomic instability.

Studies indicate that the group which consumed more coffee showed a lesser risk of DNA breaking when compared to the non-coffee drinking group. Though this study was conducted only within a small sample, the strengthening effects of caffeine on the brain cannot be denied.

According to WHO, coffee has no influence on your body that increases your risk of developing the malignancy. In addition to this, coffee might be beneficial in significantly reducing your chances of getting certain cancers.

Likewise,regular coffee drinkers showed a lesser incidence of liver cancer. Even other types of cancers, such as colorectal, prostate, breast, uterine, endometrial, lung, skin, and oral cancer – all of these were observed lesser in coffee drinkers.

It might be because of the fact that coffee shields your body against oxidative stress, slows the growth of tumors, and controls the spread of damaged cells.

The many other health benefits of drinking coffee…

The list of health benefits coffee can bring to you is seemingly limitless. A hot mug of coffee every day is the easiest way to delay aging and onset of chronic illnesses.

Morever,coffee guarantees a  shortcut to a smarter brain. It is the only way to protect yourself from cancer also that tickles your taste buds too.

So, what are you waiting for?