Iodine Deficiency: Risks and complications and how to avoid them 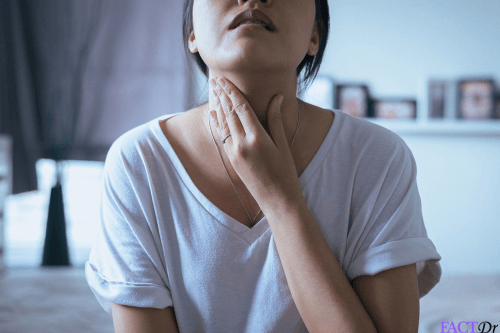 Home » Supplements » Vitamins-Minerals » Iodine Deficiency: Risks and complications and how to avoid them

Why does our body require iodine?

Iodine is considered to be an essential nutrient.  It is not produced by the human body. It is generally consumed from the food we eat.  Seafood is considered to be an abundant source of iodine. Since many people are affected by iodine deficiency, the health department has advised adding iodine to salt during processing.

One of the most important functions of iodine includes helping the thyroid gland.  The thyroid gland produces thyroid hormones, which are useful for numerous body functions including autoimmune disease, regulating menstruation, etc.  Iodine is utilized by all the cells, tissues, as well as by all the organs. 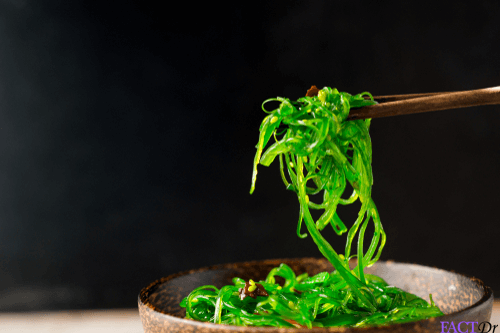 People suffering from iodine deficiency may have symptoms such as dry mouth, swelling of the salivary gland, dry skin, weakness in the body, lack of concentration, thyroid problems, fibromyalgia, etc.  It should be noted that increased intake of iodine may also cause problems such as hormonal imbalance.

The iodine intake required by an adult is low and accounts to around 150 mcg and for children, it is still lower at 90 mcg.  Iodine deficiency is considered to be rare since there are many sources of iodine available in various foods. Iodine rich food is spread across several types of food including green leafy vegetables, dairy products, seafood, etc.

The thyroid gland is considered to be one of the most important glands, which is located in the neck.  The main function of the thyroid gland is to produce hormones namely thyroxine and triiodothyronine.  These thyroid hormones perform several functions in the body including synthesizing amino acids from proteins, neurological development, musculoskeletal development, as well as the production of enzymes required for digestion.

Cancer is defined as the abnormal growth of tissues.  We have already discussed that iodine plays an important role in managing the functioning of the thyroid gland, which is known to produce hormones namely thyroxine as well as triiodothyronine.  Studies have indicated that with adequate intake of iodine, there is optimal functioning of the thyroid gland, which in turn prevent the occurrence of thyroid related problems such as thyroid cancer.

Studies have also indicated that iodine may also help in the process of apoptosis. During the process of apoptosis, the malignant cells are known to die in a timely manner, which reduces the multiplication of harmful cancer cells.  It should be noted that people consuming iodine rich foods are less vulnerable to cancer forming cells.

Children during the early stages of their life need to have a diet, which is rich in nutrients and one of the important nutrients among them is iodine.  Iodine plays an important role right from pregnancy and continues to infancy and childhood. It is known to help in the proper brain development as well as the development of musculoskeletal structure during the pregnancy and infancy when the infant is dependent on breast milk.

It is important for the mother to consume adequate amounts of iodine intake, which will help the development of the child during pregnancy as well as during the time when the child is breastfeeding. A child who is deprived of adequate iodine intake may face several problems including abnormal motor function, hypothyroidism in childhood, learning problems, etc.

Normal brain function helps in several body functions including neurological functioning, cognitive behavior, as well as other important functions of the body.  It is already discussed that iodine plays an important role in brain development as well as musculoskeletal development right from the time of pregnancy. Even after pregnancy and childhood, adequate intake of iodine is required for normal development of the brain, which in turn would help in learning abilities as well as cognitive behaviors.

Maintaining adequate body temperature is important since an increase or decrease in body temperature may cause several health problems.  The normal process of cooling the body is through the method of sweating where the stored water present in the layers of the skin is excreted out with waste particles, which then evaporates from the body and help in cooling the body temperature.  Iodine plays an important role in the process of sweating. If there are reduced levels of iodine in the body, it would be difficult for the body to excrete the water stored in the layers of the skin.

Weight gain:  It is considered to be one of the most noticeable side effects of iodine deficiency.  As we have already discussed earlier that iodine plays an important part in thyroid gland functioning.  The lack of iodine intake causes abnormal levels of a hormone produced by the thyroid gland, which can cause a medical condition called hypothyroidism (reduced levels of thyroid hormone production).  A common sign of this abnormal thyroid production is the rapid weight gain associated with hypothyroidism. 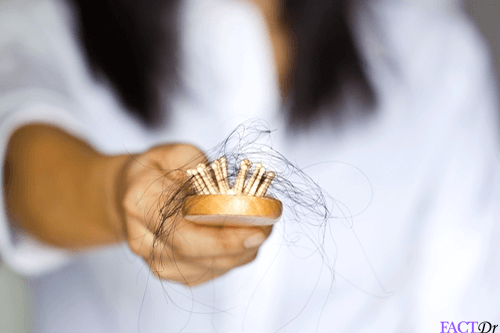 Hair loss:  It is quite common to lose hair every day, but this hair needs to grow back in time.  When there is a reduction in the process of hair re-growth, it may lead to hair loss. One of the common causes of hair loss is from iodine deficiency.  Iodine is known to help the normal functioning of the thyroid gland. The thyroid gland produces hormones which help in the hair growth by rejuvenating the hair follicles.  When there are decreased levels of hormones produced by the thyroid gland, the hair follicles are not activated and can cause hair loss.

Dry skin:  Dry skin, rough skin, and scaly skin are quite common with people associated with hypothyroidism.  When there are decreased levels of hormones produced by the thyroid gland, there is a reduction in cell regeneration and symptoms of dry skin or scaly skin are experienced.

Problems with menstruation and pregnancy:  Menstruation is the regular shedding of blood and tissue from the uterus.  This process of menstruation is generally managed by the hormones produced by the thyroid gland.  An abnormal thyroid gland function may cause problems related to the menstrual cycle. The person may experience symptoms such as increased bleeding, abnormal cycle, etc.  The abnormal cycle of menstruation affects the ovulation process and it becomes difficult for a woman to conceive and bear a child. These symptoms are quite common with people suffering from thyroid problems.

The best dietary sources of iodine

There are several types of foods that can be accommodated in our diet to provide adequate intake of iodine.  Some of them include:

Iodine is considered to be an essential nutrient.  One of the most important functions of iodine includes helping the thyroid gland.  Iodine deficiency is considered to be rare. If the diagnosis is made early, it can easily be reversed, but if the diagnosis is made after complications, it is difficult to reverse particularly in children.  Iodine rich food is spread across several foods including green leafy vegetables, dairy products, seafood, etc. People suffering from iodine deficiency need to supplement with adequate iodine rich foods to prevent worsening of complications.