Fluoride: An indispensible mineral or a potential toxin ? 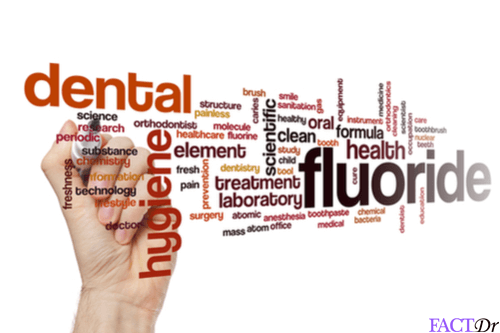 Home » Nutrition » Fluoride: An indispensible mineral or a potential toxin ?

The Pros and Cons of Fluoride 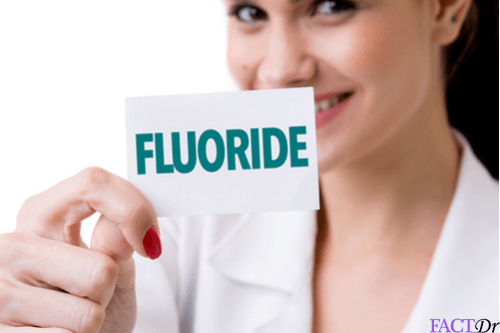 Fluoride and its safety factor has been the subject of extensive research, debate and controversy. This mineral found in bones and teeth, also naturally occurring in water, soil, rock, and plants has the dubious distinction of triggering major health risks. How true are these allegations?

Fluoridation, a process where small amounts of fluoride is added to public water supplies, has been condemned widely, as it poses major health risks. Yet, a highly developed nation like the United States continues to spike its water supply with supposedly ‘healthy doses’ of fluoride. So, is the drinking water doing more harm than good?

Fluoride is a mineral employed in various dental products to protect teeth against cavities and also preserve enamel. It is widely acclaimed for its role in boosting dental health.

The mineral is used in many dental hygiene products, for instance, mouth rinses, toothpaste and supplements have prescribed amounts of the mineral. It is a powerful cleaning agent. It is also used in medical imaging scans, PET scans more specifically popularises its use. Pesticides also have this chemical in them.

How Does Fluoride Impact Dental Health?

If the report from The Centres for Disease Control and Prevention (CDC) is taken into consideration, it appears that from 1960 to 1990 there was a 68% drop in the average number of 12-year- olds with missing or completely decayed teeth. This dental progress is being attributed to changes in the content of dental hygiene products like toothpaste to include fluoride in its composition. Further, the introduction of this mineral in the water supply is also thought to have played a crucial role in boosting oral health.

To explain the impact, minerals in the tooth enamel are eaten away by acids that are produced when bacteria break down the carbs and sugar in the food. When the minerals get eaten away, a process called demineralization; it leaves the tooth enamel susceptible to the onslaught of bacteria. This results in cavities and tooth decay.

This mineral is found in bones and teeth. It is naturally occurring in water, soil, rock, and plants.

Side Effects of Fluoride Ingestion

It is estimated that the amount of this mineral added to water In the United States is nearly 0.7 parts per million (ppm). This happens to be the maximum permissible limit of this chemical in the local water supply. While it is a naturally occurring mineral, it can still cause side effects when consumed in large doses. Some of the side effects are:

How Dangerous is Fluoridated Water?

Many American cities have taken to fluoridation of their local water supplies. While the amount added to drinking water is considered to be relatively safe, exposure to high levels of the chemical may be linked to several health issues.

There have been innumerable studies globally to understand the effects of adding a measured quantity of fluoride to the water supply. Although there have been allusions of fluoridated water and its link with health issues, no concrete evidence has come forth yet.

Some of the claims made by on-going medical research and insight suggest that the presence of fluoride in water has resulted in cases of kidney disease, arthritis, and bone cancer. Several studies that sought to understand the connection between low IQ scores and use of fluoride in children have not provided conclusive results. A 2012 insight had made a mention of a perceived link between the two but also stated that more exhaustive research and studies are needed to prove this claim. Reports of its adverse impact on low IQ scores among children cannot be overemphasized.

A study conducted in 2006 found increased incidences of bone cancer among males who were exposed to fluoridated water in childhood. Subsequent reviews in 2011 and 2016 could not establish any connection between fluoride exposure in childhood and bone cancer. Research has not conclusively proved and the claims are confusing.

Sixty research studies were undertaken in June 2018 to gauge the extent of risks and estimate its influence on children’s intellect. Further, IQ assessments of close to 15,000 children pointed strongly to the deleterious effects of fluoride on children’s brain, especially in the developmental stage.

The study results from 40 animal experiments pointed to deficient learning and memory capacity with elevated exposure to this chemical additive.

Researchers from Harvard who reviewed nearly 27 investigations of the human IQ studies have outlined the imperativeness of more detailed studies to gauge its effect on young developing brains.

Statistics portrayed by the Fluoride Action Network point to the consumption of fluoridated water by nearly 377,655,000 million people worldwide. This translates to about 5% of the entire population in the world.

Reportedly, 25 countries have embarked on programs to fluoridate water. Strangely, less than 20% of the population in 11 out of the 25 countries actually use fluoridated water for consumption.

According to the report from the Fluoride action network, most developed nations do not advocate fluoridation of water. The report also states that it is only a minuscule 3% that consume fluoridated water in Western Europe.

Sadly, the report also reveals that in about 11 countries in the world, more than half of their population drinks fluoridated water. The statistics of these countries show the extent of fluoridated water consumption in percentage.

Alarmingly, the reports found the extent of fluoridated water use in these countries, exposing the users to the dangers of fluoride toxicity.

As early as the 1950s, scientists were of the opinion that fluoride was a nutritional must. They believed that fluoride must be consumed in order to enjoy good health.

Dentists were of the opinion that the consumption of fluoride during childhood was the foundation for good bones and teeth.

The answer to this question is best summed up by the CDC. It said that the deficiency of this mineral is not the main reason for the presence of dental caries among children. There could be other factors contributing to the dental condition. Similarly, it cannot be assumed that in high concentration it will be effective in preventing dental caries.

To sum up, the perfect pearly whites are not the result of consuming fluoridated water.  Or using any fluoride-based dental product either. On the contrary, it could be the result of a combination of calcium-rich food, perfect oral care, and hygiene.