Vitamin B12: The unknown repercussions of this nutrient deficiency 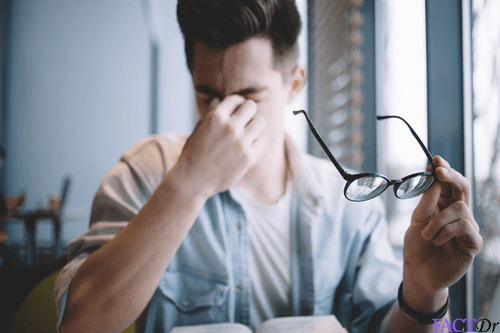 Home » Supplements » Vitamins-Minerals » Vitamin B12: The unknown repercussions of this nutrient deficiency

What is vitamin B12?

Vitamin B12 is also called cobalamin, which is a water-soluble vitamin.  It is involved in the metabolism of every cell of the human body.  It is important in the normal functioning of the nervous system, as it plays an important role in the synthesis of myelin.  It is involved in the maturation of developing red blood cells in the bone marrow. Vitamin B12 is one of eight B vitamins.

It contains the biochemically rare element cobalt positioned in the center of a corrin ring.  It is not produced by the human body and needs to be sourced from other dietary foods or supplements. The only organisms to produce them are certain bacteria and archaea. There are no vegetable dietary sources of vitamin B12 and hence has to be supplemented in the form of pills in case of vegetarians.

Why consume this nutrient?

Healthy red blood cells are small and round with abundant vitamin B12 availability but become larger and typically oval in cases of vitamin B12 deficiency.  Due to this abnormal shape and size of red blood cells, they are unable to move from the bone marrow into the bloodstream at an appropriate rate, causing megaloblastic anemia.  During this phase of anemia, the body does not have enough red blood cells to transport oxygen to the vital organs and can cause symptoms like fatigue and weakness. 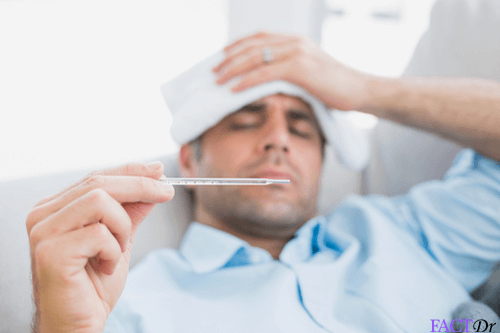 A healthy brain refers to the adequate functioning of the brain and most often described as cognitive health, which includes having a positive mental outlook, being alert, having a good memory, and being socially involved.  Methylcobalamin is a naturally occurring and pure form of Vitamin B12.  It regulates vital bodily functions like cell multiplication, blood formation, and protein synthesis.  Studies have shown that Cobalamin plays a major role in the prevention of disorders of brain development and mood disorders, as well as Alzheimer disease and vascular dementia in the elderly.  Cobalamin is useful in neuronal regeneration.

Paresthesia is defined as a burning or prickling sensation, which is usually felt in the hands, arms, legs, or feet, but can also occur in other parts of the body.  Paresthesia occurs without warning and is usually painless and described as tingling or numbness, skin crawling, or itching.  Methylcobalamin, which is a naturally occurring and pure form of vitamin B12, reduces the clinical symptoms in the legs, such as paresthesia, burning pains, and spontaneous pain.  Cobalamin provides effective pain management for mouth ulcers. Methylcobalamin treatment can reduce pain symptoms in people suffering from neuralgia, diabetic neuropathy, and lower back pain.

The sleeping pattern is the routine in which one attains sleep and stays asleep for an adequate time without interruptions and awakens with completely regaining the energy back.  Sleep pattern varies from person to person. A good sleep pattern is key to getting adequate sleep.  There are numerous people who are affected by altered sleep patterns due to their lifestyle.  Struggling to fall asleep and wake up in the morning feeling more tired than when you went to bed in not normal and usually may lead to many health disorders.  Cobalamin treatment has shown the ability to improve sleep-wake rhythm disorders in humans. Cobalamin increases the light sensitivity of circadian rhythms due to decreased melatonin levels.

Osteoporosis is a disease where the bones deteriorate or become brittle and fragile due to low bone mass and bone tissue loss.  This medical condition is often referred to as a silent disease because one cannot feel the bones getting weaker, and many people do not even know they have this condition until they break a bone.  Maintaining adequate vitamin B12 levels in the blood support bone health.  Studies have shown that people with vitamin B12 deficiency also had lower bone mineral density and due to the decreased bone mineral density, bones become delicate and fragile over time, leading to an increased risk of osteoporosis.

Vitamin B12 deficiency: What could it lead to? 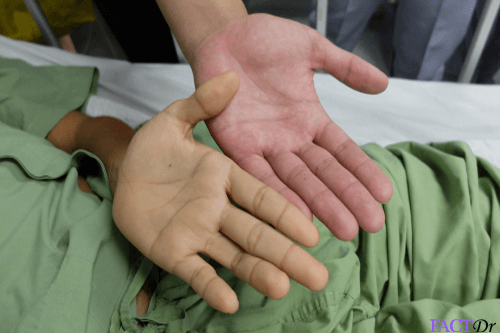 People suffering from a B12 deficiency look pale or have a slight yellow tinge to the skin and whites of the eyes, which is a medical condition known as jaundice.  Due to the lack of vitamin B12, there are fewer red blood cells produced and causes anemia called megaloblastic anemia where the red blood cells produced in the bone marrow are large and fragile.  Due to the abnormal shape and size of these red blood cells, it is difficult for them to pass out of the bone marrow and into the circulation. Due to this, there is a decreased amount of red blood cells circulating in the body and the skin appears pale.  Due to the fragility of these cells, they break down, causing an excess of bilirubin, which is produced by the liver when it breaks down old blood cells. Large amounts of bilirubin lead to a change in the color of skin and eyes with a yellow tinge.

Sensations of Pins and Needles

The sensation of pins and needles is one of the most serious side effects of a long-term B12 deficiency, which is due to nerve damage.  Vitamin B12 is known to be an important contributor to the metabolic pathway that produces the fatty substance called myelin. Myelin sheath surrounds the nerves as a form of protection and insulation.  Due to the deficiency in vitamin B12, myelin is produced differently, and the nervous system does not function properly. Due to this abnormality, people tend to feel sensations of pins and needles.

As we have noted earlier that vitamin B12 deficiency can alter the functioning of the nervous system and cause a sensation of pins and needles, this condition can further deteriorate and could cause changes in the way we walk and move.  It may even affect the balance and coordination of the person and the person may feel imbalance and tend to fall more often. 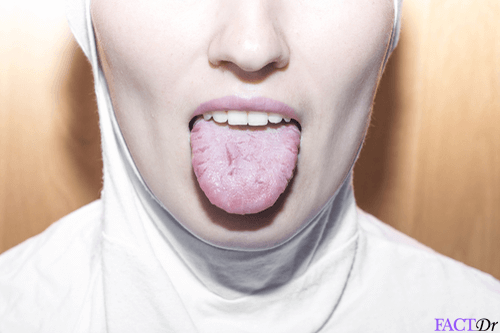 Glossitis is a medical condition where the tongue becomes inflamed and changes color and shape, making it painful, red and swollen.  This condition can cause the taste buds to stretch out and disappear. People may also experience other oral symptoms, such as mouth ulcers, feelings of pins and needles in the tongue, or a burning and itching sensation in the mouth.

As we have known that a deficiency in vitamin B12 can lead to megaloblastic anemia.  Due to anemia, the person may feel short of breath and dizzy, especially when the person exerts.  This is because the body lacks the red blood cells, which is required to supply oxygen to the body’s cells.

Another condition arising due to vitamin B12 deficiency is blurred vision.  Blurred vision is usually the result of untreated B12 deficiency, which causes nervous system damage to the optic nerve.  The damage alters the nervous signal which travels from the eye to the brain and causes impaired or blurred vision. It is medically called an optic neuropathy.

B12 deficiency is also linked to changes in mood and brain disorders such as depression and dementia.  The cause of this condition is due to the homocysteine hypothesis of depression. During this process, high levels of homocysteine caused by low levels of vitamin B12 could cause damage to the brain tissue and interfere with signals to and from the brain, which causes mood changes and brain disorders.

Symptoms such as high temperatures can also be caused by a deficiency of vitamin B12.  There is no clear evidence on how this is caused since fever can be caused due to many other reasons.

Vitamin B12: How to include this in your diet?

Vitamin B12 is naturally abundant in animal products, including fish, meat, poultry, eggs, milk, and milk products.  Vitamin B12 is generally not present in plant foods, but fortified breakfast cereals are a readily available source of vitamin B12.  Nutritional yeast products also contain vitamin B12.

Selected Food Sources of Vitamin B12

Vitamin B12 supplements: The right dosage for you

The average recommended intake of vitamin B12 is as follows:

Vitamin B12 is involved in the metabolism of every cell of the human body. There are numerous health benefits associated with consuming vitamin B12, which is not produced by the human body and needs to be supplemented either as a diet or other forms.  The deficiency can lead to many disorders and it is important to consume them either through diet or supplement form. This is important especially the vegetarians since vitamin B12 are not found in a plant-based diet.