Experts reveal, how long does marijuana actually stay in your system… 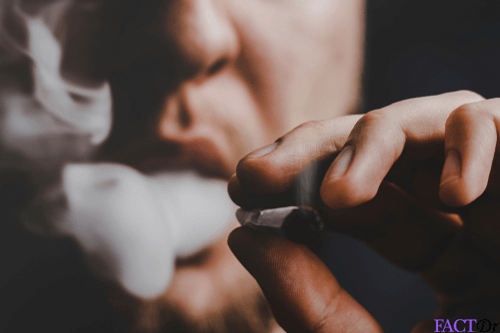 What exactly is weed or marijuana?

So somebody told you they smoked up a Houdini. Ever wondered what that was?  A Houdini is, much like weed or pot or grass, another slang term for marijuana (derived from Spanish) or cannabis. The origin of Houdini is based on the reality-altering characteristic of Marijuana. Marijuana or weed has been around since time immemorial, probably millions of years. It has existed since the time humans were hunters and gatherers to ancient China, journeying to the west as early as the Vikings. It is conspicuous in its method of use and its effects on the body.

This green drug can lead to a heightened sense of “feeling good”. This is sometimes described as a “high”, characterized by a sense of time slowing down and a general predisposition to giggling and an altered sense of perception that can be amusing. Medically, it can increase appetite for people who are suffering from AIDS or recovering from cancer. 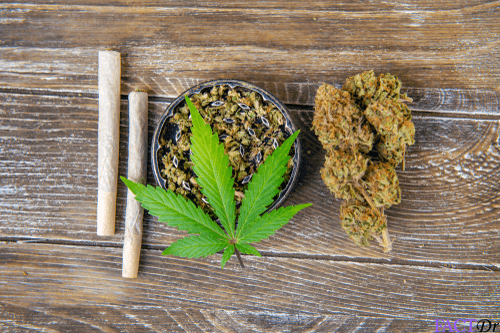 It also, however, leads to sleep deprivation, loss of coordination, hallucinations, and loss of memory. In addition to this marijuana can be addictive. Frequent users have developed tolerance towards the drug and have also become dependent on it. They have also exhibited withdrawal symptoms when they stop taking the drug.  These are reasons enough for many companies and organizations to screen their employees for the presence of the drug in their system.

The chemical compound in marijuana that is responsible for the intoxicating effect on the body is referred to as tetrahydracannabinol or THC. The average THC content in Marijuana has increased over the years from just 1% in 1972 to 3 to 4% in 1990s to as much as 13% in 2010, with some retail marijuana having a concentration of 30% or so. This increase is generally brought about by genetically modifying the plant in some way or altering the duration of the harvest. This variation in the potency of the drug makes it very difficult to analyze its effects on short and long-term use.

How It is Generally Consumed?

Weed is generally smoked, rolled from its grassy form using rolling papers. Empty cigarettes may also be filled with weed in certain cases.  It can also be ingested as it is also available in edible forms as candy or jelly or mixed with milk (as bhang).

When marijuana is smoked or inhaled through a vaporizing source (like a hookah), and the smoke reaches the lungs, the THC is absorbed over the surface of the alveoli or air sacs in the lungs. These air sacs allow for gas exchange, and through them; THC makes it to the bloodstream. This process is remarkably fast, taking just seconds and the bio-availability of THC is high. 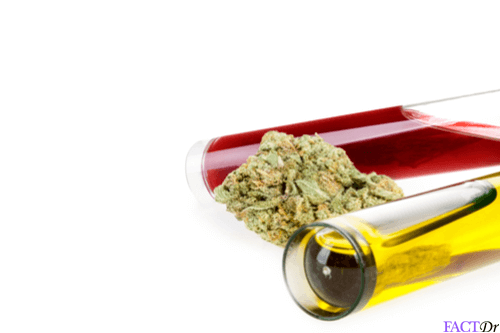 When ingested, the edible marijuana is broken down in the stomach and the THC is absorbed into the blood. But THC does not reach the bloodstream for as long as 1.5-3 hours. Since the absorption of THC from the stomach is slower, the metabolites, the products of the metabolism of THC, will last longer in the bloodstream and urine when ingested as opposed to when smoked. Sometimes they may last as long as 90 days.

When THC is broken down in the liver, the metabolites remain in the bloodstream of the individual. These metabolites serve as an indicator of the presence of the drug in the system. There are as many as 80 metabolites that can be detected during the testing process which will be described later.

Factors that Impact the Window of Detection

The window of detection for metabolites by testing urine, blood and saliva samples is determined by two things, in particular, the frequency of drug use and the quantity of the drug consumed. Generally, it is observed that with a higher frequency of drug use and larger quantities, the window of detection or the time that weed remains in your system is extended. When consumed in lesser quantities and in fewer occasions the detection window is reduced.

The method of intake also affects the time available for detection. If candies or brownies, for instance, laced with marijuana are ingested then the metabolites will be present in the urine sample for a much longer period of time than if marijuana is smoked or inhaled.

Some individuals may be more tolerant of a drug than other individuals. The greater the tolerance to marijuana, the lesser is the time for which the drug can be detected. 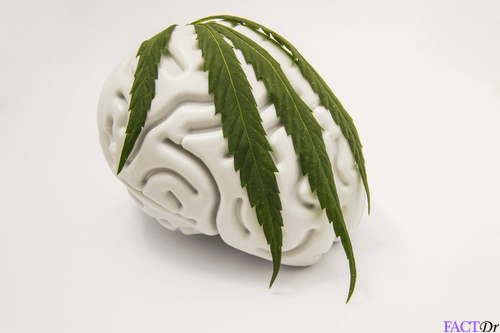 Since our primary indicators are metabolites, it would make sense that the metabolic rate of the individual also determines the detection window for them. It has been observed that the higher the metabolic rate, the lower will be the time available for detection.

Metabolism is lowered with age. This means that the older a person is, the greater will be the chances of detecting the metabolites in his/her system over an extended period of time.

It has been observed that the pH level of the urine also affects the detection window. As the acidity of the urine increases, the time for which the metabolites remain in the system also reduces.

Where is Marijuana Stored in the Body?

Depending on the frequency of use, the metabolites can remain in the bloodstream from as short a time period as 2 days to about a week.

When THC reaches the liver, it is broken down into two separate water-soluble metabolites 11-hydroxy-THC and carboxy-THC which then enter the urine of the individual during the process of excretion from the body.

The THC from marijuana is present in the fatty cells for several weeks after use and is generally revealed through testing of the urine samples of the subjects involved. If the person does regular exercise, the THC is transferred to the bloodstream from the fat cells. For this reason, a blood test can also help determine the extent to which THC is stored in the fat of an individual.

Scientists generally believe that hair, also being a region of regenerative growth for the body, may contain traces of THC which would help detect the use of marijuana. But a study conducted in Germany found traces of THC and THC-COOH in non-users of marijuana. This may be due to their interaction with smokers and transference by physical contact.

The LabCorp’s Drugs of Abuse Reference Guide states that depending on the usage of the drug, the metabolites that exist in the urine may continue to be there from as short a time period as two days for a first-time user to as long as twenty days for a chronic user.

In 2009, the journal Addiction studied the blood concentration levels for metabolites in 25 frequent cannabis users with a 7-day abstinence period. Of the 25 users, 16 users had tested positive in one or more tests and on the final day of abstinence, 6 users still tested positive.

In a more recent study published in Drug and Alcohol Review, the researchers concluded that analysis of hair sample is useful in understanding cannabis consumption. In 77% of heavy users and 39% of light users, THC was detected. They did not detect THC or THC-COOH in non-users of marijuana. However, though they concluded that the test may be useful, it may not be particularly good at detecting light users of cannabis. As stated earlier, hair testing methods are slightly inconclusive.

Is There a Way to Metabolize It Faster?

There are a number of marijuana detox remedies and kits that are available on the Internet. Though a number of suggestions may be found online on how to evade detection by metabolizing the drug faster, none of them are very reliable given the accurate testing methods and several possibilities discussed earlier. An example of such evasion is the use of hydration to lower the content of metabolites in the urine. The dilution is then masked by consuming vitamins and herbal supplements. But this will only help if the method of detection is based on the testing of urine samples.

Marijuana is a substance that has been in use since a very long time and has attracted a lot of research recently. In this article, we have tried to understand how it is consumed, its effects on the body, and how long it stays in the body. With the varied and accurate testing methods available, it is possible today to detect marijuana by studying various samples. Despite this, it may or may not be conclusive. Nevertheless, it is still wise to restrict the use of marijuana to only medical reasons.