8 hard-hitting truths no one tells you about cancer 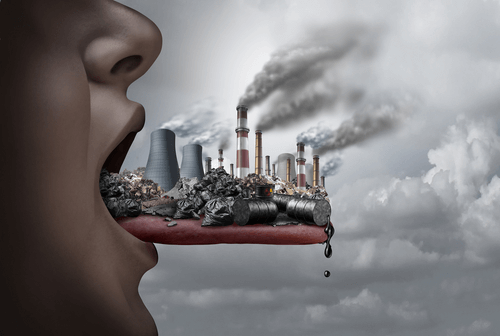 Do you know how deadly cancer can be?

Cancer is one of the leading causes of mortality worldwide, killing as many as 8.8 million people every year. 7 out of every 10 deaths due to cancer occur in low and middle-income countries. Around the world, more than 40 children are diagnosed with it per day.

Yet, according to WHO, almost 30%-50% of cancer-related deaths are preventable!

That’s right, even though this disease has built up a stark death grip over human beings, this is a condition that largely stems from our lifestyle choices. Hence, a majority of the deaths could be easily prevented. But, before we go and tell you about what healthy changes you need to bring in your life, let us first understand what this disease entails.

If you think cancer is one single disease, then you are mistaken.It is a collection of more than a hundred different types of diseases marked by an invasive and abnormal growth of cells. Based on what type of cell it affects, cancer is grouped into different categories.The underlying symptoms of cancer were once linked to a condition known as Cachexia, or “wasting disease”.

The definition of this disease was “a complex metabolic syndrome associated with unexplained loss of muscle mass and/or fat along with anorexia, inflammation, insulin resistance, and increased morbidity.

Today, this definition is not considered medically valid. But it is still true that it leads to the onset of such dangerous symptoms. It gradually renders the body as being “wasted”. Under cancerous conditions, cells start growing abnormally and start invading different parts of the body. Generally, this uncontrolled growth forms lumps (tumors). Sometimes, the lump-like structure is missing.Not every abnormal cell growth can be termed as cancer.

The tumor should have the following key characteristics:

2. Why are tumors dangerous? 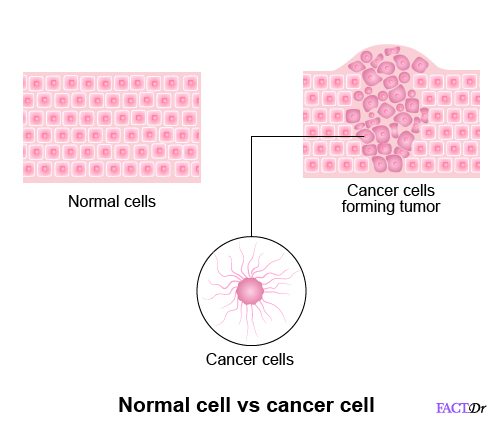 Technically speaking, not all tumors are dangerous. There are cases where the abnormal cell division stops because there is no space for growth. These are termed as benign tumors. Moles and warts are some common examples of benign tumors. These are non-cancerous in nature. It is the second category of tumors, the non-benign ones which are a cause of worry. If the tumor cells get an opportunity to spread to other parts of the body, they become capable of becoming malignant or cancerous in nature.

When malignant cells come in contact with the bloodstream, the blood transports them to different parts of the body. As the blood circulates, it unknowingly circulates the cancer-cells too. These cells land in different regions and resume the process of uncontrolled cell growth. Metastases occur when these cells form secondary tumors at these locations.

3. What they probably never tell you about cancer

The moment you hear the ominous words such as “cancer” or “tumor”, it conjures up scary images of your body gradually succumbing to an unfortunate disease. It is only natural that it halts the normal course of life. It can bring major transformations, both physically and psychologically.  And it takes a lot to combat this disease.

There are frequent visits to the doctor, long list of pills, chemotherapy, and the impending doom of what could happen next. In such trying times, it is important to have enough awareness about it which can potentially ease yours and your loved one’s journey. Knowing what it is (and what it isn’t) can prepare you today for the unpredictable tomorrow.

4. Cancer is more rampant and destructive than the World War.

How are these two seemingly disparate elements related? Well, for starters look at the number of fatalities associated with each. The First World War claimed around 16 million lives globally. Cancer achieves the same grim milestone every two years.

While global peace treaties were successful in putting the war to an end, there are no treaties currently which can hinder the spread of carcinogens.Carcinogens are the tiny ticking time-bombs which transform a normal cell into a malignant one. How do these carcinogens operate?

They produce mutations or changes in the genetic material. The genetic material, or the DNA, influences every bodily function and process even at the cellular level. Cancerous mutations cause the cell to divide in an uncontrolled manner. Carcinogens can enter our bodies through food, air, or any kind of toxic exposure. The magnitude and time of exposure to these substances are critical in deciding whether they will result in it or not.

And even if carcinogens don’t result in malignancy immediately, prolonged exposure increases the probability of cancer manifold. In many people, even after 20-25 years after the exposure to a particular carcinogenic, cancer was diagnosed. Bottomline is, frequent or rare, any exposure to carcinogenic is potentially harmful to you.

5. With every breath, you are inhaling carcinogens

Air pollution is a common miscreant responsible for a long list of respiratory and heart diseases. Radioactive active elements, heavy metals, toxic fumes, and particulate matter reside in our atmosphere. The air we breathe contains more than 2800 different chemicals, of which roughly 300 are carcinogenic in nature. In 2010, lung cancer claimed 223,000 lives alone which were a direct result of breathing polluted air.

Studies have revealed that combustion processes release a  major chunk of these carcinogens. These could include automobile exhaust (combustion of fuels), industrial exhausts, and even tobacco smoking. Products of Incomplete Combustion or PICs are the most threatening forms of carcinogens.

But contrary to popular belief, lung cancer (and other forms too) are not just at the mercy of outdoor pollutants. Even, indoor air quality is responsible for the exacerbation of malignant cells in human body. The most frequent indoor air pollutants are tobacco smoke, animal hair and dander, and radon.

Radioactive decay of uranium and few other trace elements in the soil release radon gas. This lethal gas is colorless and odorless in nature. It creeps indoors through an underground source of water or exposed soil. When inhaled, this gas gives off radiation that can cause genetic mutations. Unchecked agricultural emissions, cooking in poorly ventilated buildings, and the ever-increasing rate of active and second-smoking are also equally carcinogenic.

6. Hands down, tobacco is the leading culprit. 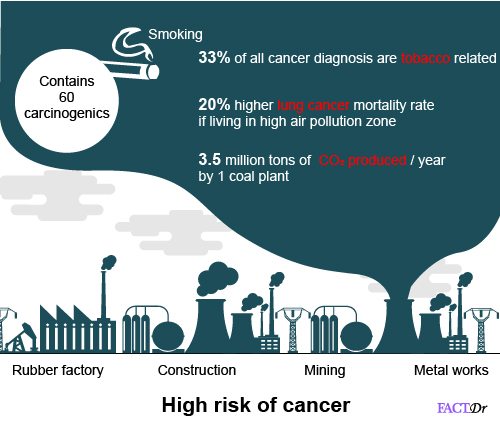 Arsenic, benzene, cadmium, formaldehyde, and vinyl chloride. These aren’t just fancy sounding chemicals you last encountered in your high school chemistry class. These are just a few of the many carcinogens present in tobacco. Tobacco smoke contains roughly 7000 different chemicals out of each more than 250 are carcinogenic in nature. Lungs aren’t the only organs affected by carcinogens in tobacco.

Tobacco-consumption causes cancer in esophagus, mouth, throat, kidney, bladder, liver, cervix, colon, rectum, and even in your blood (acute myeloid leukemia). And that basically is your entire anatomy. It is not just active smoking that is lethal to you. Second-hand smoking or passive smoking is just as dangerous (if not more) from the cancer point of view. Second-hand smoke claims the lives of 7300 American every year. And even if not smoking, other forms of tobacco consumption are equally risky. These could include tobacco snuffing or chewing.

7. Meats, nitrites, cancer, and you

In 2012, cancer affected more than 1 million people and claimed more than 70, 000 lives worldwide. This made stomach cancer one of the third leading causes of cancer-related deaths globally. The main question arising here is what are we eating that is collectively increasing our risk for gastric cancer? Though there are a lot of foods which are carcinogenic in nature, the leading name among them is processed meat.What exactly is processed meat? When you take a piece of meat and use certain processes to preserve it for a longer time (increase its shelf life), make it appear more palatable, and artificially enhance its taste, you get processed meat.

Smoking, curing, adding salt- this is how you process meat. Basically, any meat that comes to you packaged such as ham, bacon, sausages, pastrami etc is processed meat. How can such delicious treats be carcinogenic? Mostly because the added preservatives used here contain sodium nitrite. When you cook these meats, this nitrite compound reacts with the amines present in the meats to form N-nitroso compounds which are extremely carcinogenic.

Till recently,  scientists discouraged consumption of red meat because of the associated cholesterol issues. Yet recent findings conclude that these preserved forms of meat are lethal mostly because of their cancer-causing potential.

8. The gender and genetic perspective 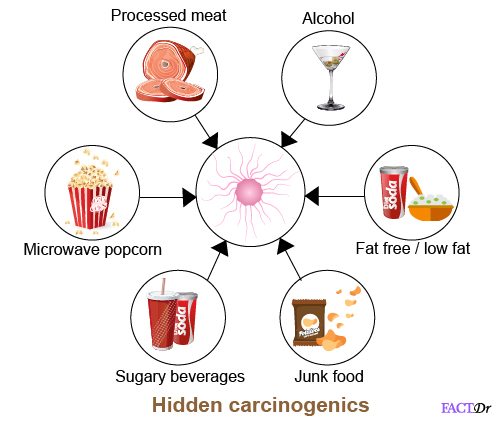 A family history is an important aid in screening and early detection of cancer. 75% of all  patients are above the age of 55. It affects people of all races and ethnicities equally. However, there are slight differences in the way it affects both genders. In men, the most common types of cancer are prostate, lungs, colorectal, bladder, and melanoma. Whereas breasts, lungs, colorectal, endometrial & uterus, and thyroid remain as the most commonly cancer-affected organs in women. Genetics, a difference in anatomies, and differences in lifestyle habits are the key reasons for these differences.

But you should also remember that… 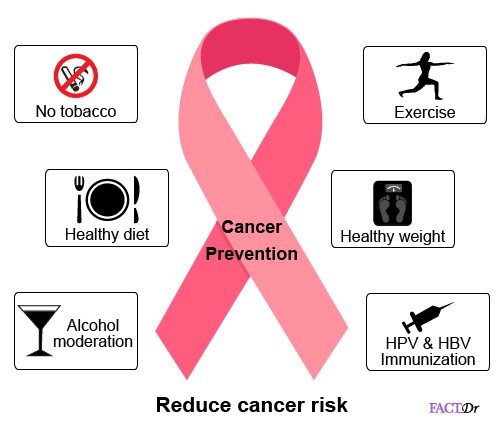 Substance abuse (drugs and alcohol) and processed sugar lead to higher risks of cancer. Getting adequate sleep every night and being stress-free in general boost your body’s overall immunity in fighting against these malignant cells. Cancer is a modern man’s disease.But with regular practice of these healthy lifestyle habits, it doesn’t have to be.