L-Theanine: Better sleep, higher focus, and many other benefits 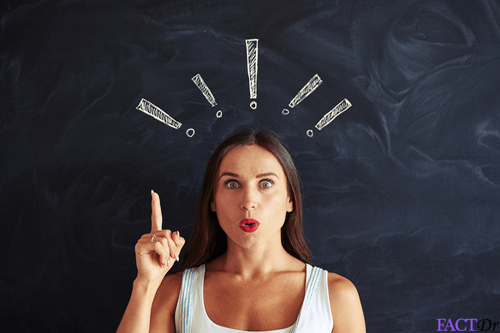 L- theanine: The protein strand that calms you down

Theanine has a chemical structure very similar to glutamate, a naturally occurring amino acid in the body that helps transmit nerve impulses in the brain.  Theanine is substantially present in black, green, and white teas from Camellia sinensis (species of evergreen shrub or small tree) in quantities of about 1% of the dry weight. 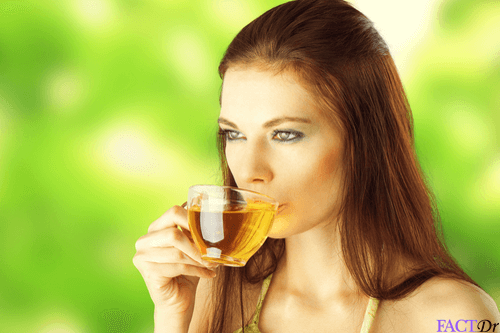 Theanine has been studied for its potential ability to reduce mental and physical stress, improve cognition, and boost mood and cognitive performance in combination with caffeine.

L-theanine is a natural constituent of green tea and significantly increases activity in the alpha frequency band, which means that it relaxes the mind without inducing drowsiness.

At realistic dietary levels, L-theanine also helps in a general state of mental alertness.  L-theanine was discovered in green tea in 1949 and 1950 when it was isolated from gyokuro leaves.  Theanine provides a unique brothy or savory (umami) flavor to green tea.

L-theanine regulates nitric oxide and also has some cognitive benefits.  It relaxes the mind without inducing drowsiness.  L-theanine in combination with caffeine helps a person to be more active.

Suntheanine is a brand of theanine said to be over 99% L-Theanine isomer and is said to be produced from a mixture of glutamine with an ethylamine derivative.   It is patented by Taiyo Kagaku co. and appears to be used in a variety of studies that want standardization of L-theanine.

There are some health benefits associated with ingestion of L-theanine in the form of green and black tea.

L-theanine can clean out free radicals in the body that contribute to organ or tissue breakdown, inflammation, degeneration, and help reduce the effects of aging.  Its antioxidant traits are the reason for its daily consumption, which helps in longevity of life.  In one of the studies, L-theanine had strong enough antioxidant action to even protect against liver damage and was powerful enough to heal ulcers.

Anxiety and stress are the most difficult emotions of mental state that a human has to deal with.  Anxiety is one medical condition, which can be really hard for a few individuals and can take a toll on their life.  L-theanine relieves anxiety because it has a close resemblance to the brain-signal chemical called as glutamate.

L-theanine produces the opposite effect in the brain whereas glutamate is the brain’s most important excitatory neurotransmitter.  L-theanine binds to the same brain cell receptors and blocks them.  This action produces inhibitory effects on brain overactivity and has a calming, relaxing effect in which anxiety minimizes.

In addition to blocking excitatory stimuli at glutamate receptors in the brain, L-theanine also stimulates the production of the inhibitory, relaxing neurotransmitter, which adds to the calming, anti-anxiety effect.  Unlike other prescription anti-anxiety drugs, which produce sleepiness, L-theanine produces its anti-anxiety effects without producing sleepiness or impairing motor behavior.  In fact, L-theanine with the combination of caffeine can moderately improve alertness and attention while exerting its anxiety-reducing effects.

There is proven evidence that L-theanine influences expression of genes in brain areas responsible for fear and aggression, (amygdala) and memory (hippocampus), helping to balance the behavioral responses to stress, and potentially improve conditions such as mood disorders, post-traumatic stress disorder (PTSD), and substance dependence.

Anxiety and stress can have a lasting effect on the brain’s ability to function normally and may lead to alteration in the brain’s fundamental function in maintaining cognition.  L-theanine helps in supporting cognitive function and preventing its loss.

Stress has negative effects, which limits the brain from making clear and smart decisions.  Stress leads to elevated blood levels of stress-response hormones such as catecholamine and adrenaline.  Treatment with L-theanine reverses the elevation of stress hormones and oxidative damage.  Studies demonstrate that L-theanine can specifically reduce the molecular impacts of acute stress on brain cells.

The protective effects of L-theanine have been shown in many studies suggesting that regular L-theanine supplementation might be important to fight off these conditions by opposing the destructive effects of long-term glutamate excitotoxicity.

Research has indicated that exposure to L-theanine can reduce the effect of behavioral, biochemical, and mitochondrial enzyme activities significantly indicating that L-theanine has neuroprotective activity against 3-nitropropionic acid-induced neurotoxicity.  Studies show that L-theanine is capable of preventing both the biochemical and structural damage to brain cells caused by aluminum indicating that this nutrient can prevent or slow cognitive decline.

Reduces the risk of stroke

Stroke can be defined as a sudden blockage of blood to a part of the brain, resulting in massive chemical stress, extreme excitotoxicity, and eventual death of brain cells.  Studies show that L-theanine has properties that may help prevent strokes and to lessen the damage caused when they occur.

L-theanine is capable of significantly improving nitric oxide, which helps in dilating the arteries and this has the potential to lower stroke risk because nitric oxide is a molecule, which endothelial cells use to communicate information about blood flow and pressure to muscles in the artery walls, enabling them to constrict or relax appropriately in response and distributing blood flow appropriately.

Another stroke-preventing effect of L-theanine is that it can significantly reduce the expression of adhesion molecules to the endothelial wall thereby reducing the risk of an artery-blocking clot or obstruction that leads to a stroke.  L-theanine protects the body from the damage of blood flow restoration or refilling that occurs after the abrupt loss of circulation during the stroke, which results in a massive release of glutamate and produces deadly excitotoxicity.

Studies show that administration of L-theanine even 12 hours after a stroke is induced protects brain cells and reduces the size of the damaged brain areas and administration as late as 24 hours after the stroke improves neurological status. 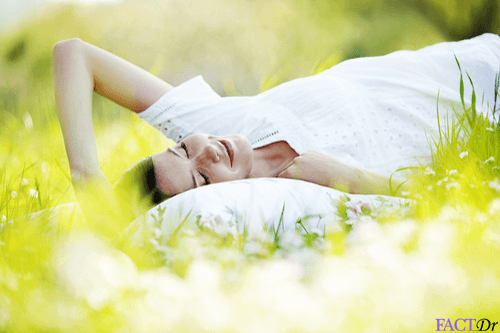 Schizophrenia is a medical condition, which is also called a split mind where the person can experience a cut-off from reality and is one of the most misunderstood disorders known.  People with schizophrenia may experience symptoms such as hallucinations, delusions, and paranoid thinking, as well as symptoms including loss of ability to experience pleasure, blunted emotions, and diminished speech capacity.

Schizophrenia may involve excitotoxic damage to brain cells.  Supplementing L-theanine to patients suffering from schizophrenia along with their regular medications has demonstrated significant reductions in their anxiety and general symptoms of psychopathology.  Combination of L-theanine with the hormone pregnenolone is capable of reversing anxiety. 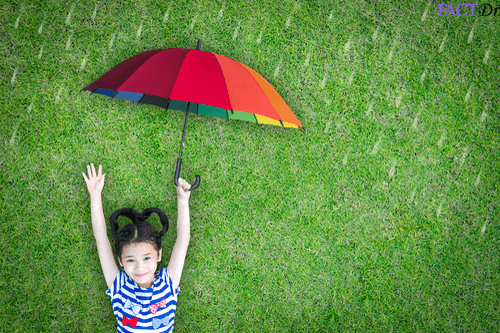 As we have understood that L-theanine has an antioxidant effect, an antioxidant can also help enhance immunity.  Antioxidants block harmful inflammation and interact with free radicals and in this way free the body’s immune system to deal with bigger problems such as illnesses and autoimmunity.

Studies suggest that L-theanine strengthened and balanced the immunity and reduced the inflammatory proteins associated with a distressed immune system.  This quality of L-theanine can be useful in to help people with immune-related issues like rheumatoid arthritis, and it could also be used as a way to keep the immune system strong against very common illnesses like colds and flu.

Since L-theanine is a strong antioxidant, it may be one of the most potent nutrients to help shield against the vast majority of chronic and degenerative diseases, which also includes cancer.  As we know that antioxidants keep out free radicals from the body and its systems, it can also be one of the ways to limit the growth of cancer cells and proliferate.

Studies show that L-theanine can particularly target cancerous cells inhibiting the growth of cancer cells in the lungs and help fight lung cancer.

Theanine has been found to cross the blood-brain barrier.  Systemic injections (administration into the circulatory system) and oral intake can increase brain concentrations of the compound, which appears to be mediated via the leucine-preferring transport system (the neutral amino acid transport).

L-theanine is most associated with green tea the most popular form of Camellia sinensis due to it being the first known source and since L-theanine comprises up to 50% of total amino acids in tea.

Be cautious about these side effects too…

Side effects of taking L-theanine is generally minimal or nil and it is safe to supplement and drink teas that contain L-theanine. 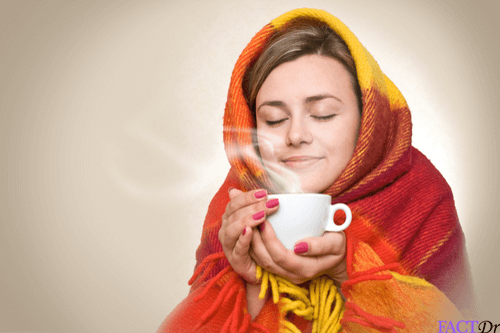 According to a study by a cancer center, green tea can actually reduce the ability to give desired results of some chemotherapy drugs, such as bortezomib, so it is important to consult a medical professional before consuming green tea on a daily basis.

Similarly, drinking too much coffee and other caffeinated drinks in large amounts can also cause problems, such as nausea, upset stomach, and irritability.  Women during pregnancy or breastfeeding should also limit the use of caffeinated products with the same advice to children as well.

It can be concluded that the multiple health benefits of L-theanine including cardiovascular, neurological, as an antioxidant, anxiety and stress reliever, treatment of stroke, treatment of schizophrenia, boost in the immune system, and reduce cancer risk makes it one of the most trusted health supplement.  L-theanine dosage recommendation is not very particular and there have been no reports of overdose or side effects of taking L-theanine, and consuming it on a daily basis is generally safe for most people.  General caffeine consumption guidelines need to be followed while consuming L-theanine supplement to get the best results.