Canola oil: How safe is it to consume this popular cooking oil? 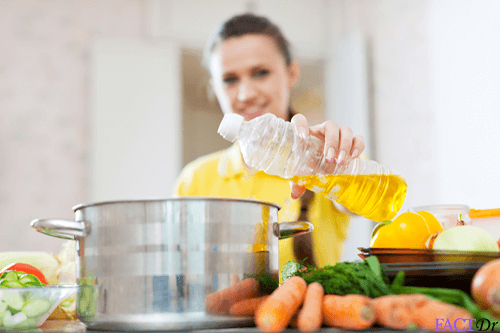 Home » Nutrition » Canola oil: How safe is it to consume this popular cooking oil?

What is canola oil??

Canola oil is an edible vegetable oil derived from rapeseeds. To make it an edible oil, the following compounds have been removed:

The history behind canola oil 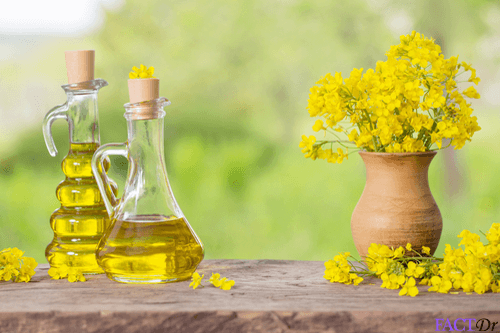 Canola is derived from the term Canadian Oil and some people believe it represents Canada Oil, Low Acid). Canola oil is derived from rapeseeds and was first used as a lubricant for ships and steam engines. This oil was cheaper in price too. Unlike other oils, it sticks to wet metals. It actually was used as industrial oil but due to the increase in demands after World War II. Since then, the scientists began working on transforming it into an edible. Around 90% of the world’s canola crop today, is genetically modified.

How is it made?

The processing of canola oil is very invasive. The following are the steps involved in canola oil manufacture:

Canola oil is rich in the following fatty acids. These fatty acids are not synthesized by the body and that is why they are essential.

Here the ratio of omega-6 to omega-3 in canola oil is 2:1. This combination is nutritionally ideal and good. Monounsaturated fatty acids are good for the heart. In fact, a combination of high in omega-3 fats and monounsaturated fat is effective in reducing cholesterol levels. It helps in controlling high blood pressure. Canola oil is rich in vitamin E and low in the bad cholesterol content. This helps in minimizing the risk of cancer, heart disease, and even memory loss. 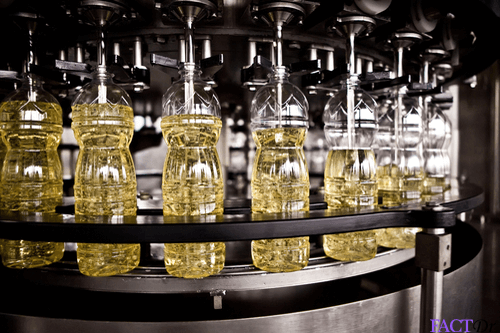 It is very effective to be used along with spices and herbs (to make vinaigrettes – salad dressing of oil, wine vinegar, and seasoning).

Upon using canola oil for deep frying, the scientists came down to the following conclusion:

Does canola oil cause allergy?

Canola oil for your hair

Canola oil is used for hydrating hair masks and also has anti-dandruff properties. Since it has anti-inflammatory properties, it lessens the irritation on the scalp caused due to inflammation. This will eventually stimulate hair growth. 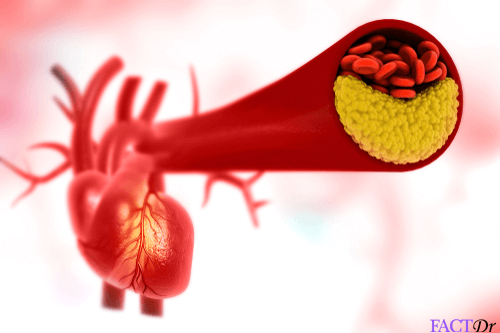 It is processed in the presence of high heat. The polyunsaturated fats in canola oil are sensitive to high heat. These fats tend to become rancid, spoilt or oxidized due to the high heat processing.

Reports show the presence of trace amounts of hexane in canola oil. The Agency for Toxic Substances and Disease Registry classifies hexane as a toxin that affects the nervous system.

Some studies in the U.S highlight that some of the fatty acids (about 56% to 4.2%)were found to be toxic in nature. This could probably be because of invasive processing. These details are not included in the product label. On the other hand, the processing of cold-pressed and organic canola oil is not as invasive as the conventional type. Cold processed canola oil does not contain any rancid substances. Do not consume more of canola oil as it increases the intake of polyunsaturated fats to an unnatural level. They get incorporated into the cells and make the cells prone to oxygen-related.

Few facts to be careful about

You should know that more than 90 percent of all canola that is cultivated in the United States is genetically modified. In fact, all canola plants are genetically modified to make them resistant to the herbicide Roundup. These herbicides are toxins and disrupt the sex hormones, cause fertility problems, miscarriages, thyroid and neurological damages, cancer, and heart disease. Also, post the oil extraction, the residual oil cake or meal is used as an animal feed. This is not healthy to the animals and by consuming such animal-related products such as meat, cheese, and eggs you will consume these toxins as well.

Hexane that is used for solvent extraction is a solvent from petroleum or crude oil. This solvent is considered as:

The manufacturers falsely claim that hexane is removed completely. In fact, even the Food and Drug Administration (FDA) does not monitor hexanes in food or food products. In general, during the oil manufacture process, all the vegetable oils (including canola) go through a deodorization process. This processing helps in creating a bland taste to suit the needs of all consumers. During the deodorization, canola oil is heated at very high temperatures. At high temperatures, the beneficial or the good fatty acids get converted into dangerous trans fatty acids.

On the whole, is canola oil good or bad?

Canola oils are obtained from rapeseeds that are genetically modified to contain less of undesirable compounds. Industrially they undergo rigorous processing and are extracted with hexane. Canola oil is rich in monounsaturated fatty acids which is healthy for your body in terms of its cardioprotective aspect. It is good for cooking as it has a high smoking point.

The fact that it is heavily processed and is also from genetically modified plants cannot be dodged. You must consider all these parameters before you think of consuming this oil. Cold processed canola oil is a better choice.