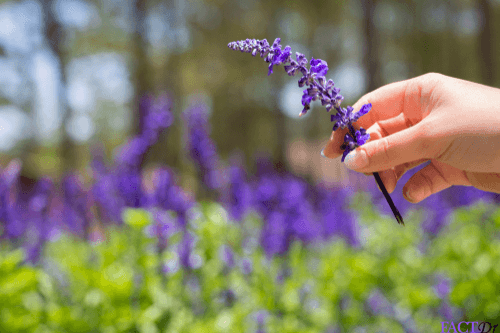 Essential details on this essential oil

Lavender is an herb that is found across the regions of Africa, Europe, the Mediterranean mountains and some parts of Asia. It belongs to the genus Lavandula and has 45 different species with around 450 varieties, the most common being angustifolia (English Lavender) and x intermedia (Dutch Lavender). The herb is also widely known by the names common lavender, English lavender, and French lavender. Its etymology can be traced back to the Latin word ‘lavare’ meaning ‘to wash’ and comes from its use as a bath additive by the Romans. It may also be traced back to ‘livere’ meaning ‘blueish’ which is an indication of its color.

Lavender is cultivated extensively as an ornamental plant, for culinary purposes, for cosmetic uses and for the extraction of essential oils that has various medical benefits. Although not much has been scientifically proved about the medicinal properties of Lavender, it is supposed to be an effective cure in the treatment of many minor and major diseases. 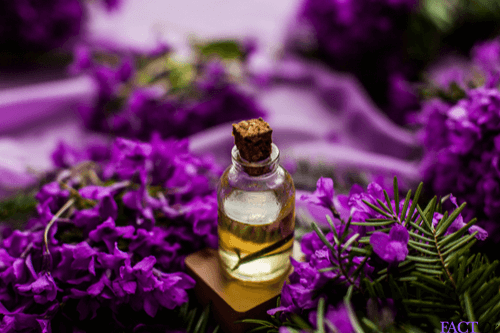 Lavender could boast of a long history as a cosmetic as well as a medicinal herb. Even from ancient times, Lavender was considered to enhance the mood and prevent a person from falling prey to anxiety and depression. It was also supposed to increase the appetite and serve as a successful remedy for gastrointestinal problems. Researches also suggest that this herb was used in the mummification process, in ancient Egypt. Several cultures such as ancient Greece and Rome believed in the cosmetic properties of Lavender to purify and rejuvenate the human body.

The many uses of lavender

There are numerous varieties of Lavender available in nature and each of them has manifold uses associated with it. Lavender is extensively used as a cosmetic product and also in aromatherapy. The herb gives a sweet aroma and taste to many dishes and has become an essential component of cooking in many countries. There are also innumerable health benefits associated with Lavender that are scientifically proven as well as those that can be considered as a sheer myth.

Lavender is widely known to enhance the beauty and quality of skin. It has evinced several positive results in reducing skin problems such as acne, eczema, sunburns, and diaper rashes. Due to its lovely scent and soothing effect, the herb is extensively used in soaps, shampoos, lotions, creams, and perfumes. 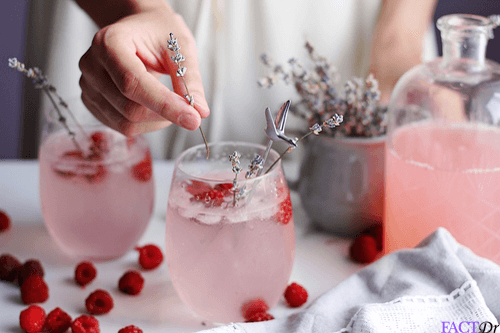 The variety of Lavender mainly used for the culinary purpose is English lavender. It could give a citrus taste and sweet fragrance to dishes and is used as a condiment in salads,  pasta, and desserts. Tea made out of the Lavender buds and leaves is very popular. The leaves have a milder effect compared to their flowers or buds. It could also be mixed with green tea or herbal tea to give a more stimulating effect. Lavender tea is supposed to be effective in treating gastrointestinal problems.

The herb blends well with most of the dishes. As it goes well with chocolate, it is used to make lavender scones and marshmallows, primarily in the United States. It is also used in the production of cakes and cheese. It has a quality to flavor both sweet and savory dishes. Bees make high-quality honey from the buds of Lavender known as monofloral honey, which is widely marketed around the globe.

Aromatherapy – One of the most common medical uses of Lavender is in aromatherapy. The term aromatherapy was coined by a French chemist René-Maurice Gattefossé, who successfully used lavender essential oil to treat his burns that occurred during an explosion in his laboratory. The essential oil created from the distillation of Lavender flower spikes is believed to have medicinal effects. It has also been clinically proven to reduce anxiety by relaxing the nervous system and bringing an overall well being to the body. 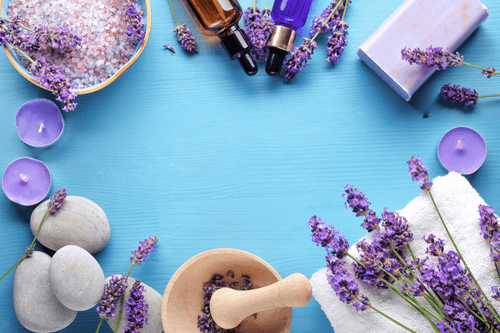 The species mainly used to make the essential oil is English lavender or angustifolia, which is widely cultivated for this purpose. Dutch lavender or Lavandin, a hybrid of L. Angustifolia and L. Latifolia, is also extensively cultivated for the purpose of making essential oils. But English lavender has a higher quality and sweetness compared to Lavandin and is the most popular among various species. Scientists have investigated the effect of aromatherapy on menstrual cramps. The study was done on a group of female students in the form of an abdominal massage by using a mixture of lavender oil, clary sage and rose along with almond oil. The outcome suggested a considerable decrease in the pain, thus proving the effectiveness of lavender oil in treating menstrual cramps in women.

Antiseptic and anti-inflammatory properties – Lavender is quite helpful in the treatment of minor wounds, burns, and bug bites. Research successfully demonstrated the effectiveness of lavender in healing wounds. The study compared the effect of various treatments like transcutaneous electrical nerve stimulation (TENS), saline solution (SS), povidone-iodine (PI), and lavender oil in six groups of rats, each containing eight numbers. The study continued for five days, after which the examination showed a considerable cure in the infectious conditions in the groups undergoing TENS and lavender oil treatment. There still need to be more research done on humans to verify its authenticity.

Antifungal properties – The essential oil made out of Lavender is also believed to be effective in treating fungal infections. But the species mainly used for this purpose is white lavender or Portuguese lavender (Lavandula viridis L’Hér). Research clearly verifies the antifungal properties of Lavender and states that it could actively resist a wide spectrum of fungi causing infections in different parts of the human body.

Treatment of Hair loss – A study investigates the effectiveness of essential oils from various aromatic herbs including thyme, rosemary, lavender, and cedarwood in treating the condition of alopecia areata or the loss of hair in patches. Eighty-six patients suffering from the above condition were divided into two groups. While one group applied the essential oils daily on their scalp in a mixture of carrier oils made of jojoba and grapeseed, the other group only applied the carrier oils. The group that applied essential oils found a considerable degree of improvement than the other group. This study proves the efficacy of lavender in treating conditions of hair loss.

Insomnia and sleep disorders – Since ancient times, lavender was believed to provide better sleep and was used as an effective sleep aid. People used to spread lavender flowers in their beds and below the pillows to have a good night’s sleep. Aromatherapists usually massage the lavender oil on the forehead so as to calm down the nerves and induce sleep. Lavender tea is also supposed to have the quality of treating sleep disorders.

Anxiety and Stress – The anxiolytic property of lavender is its most widely and commonly accepted medicinal benefit. Research says that the administering of Silexan, a gelatine capsule containing 80 mg lavender oil preparation, for two weeks brought about a considerable reduction in the amount of stress level in patients with Generalised Anxiety Disorder (GAD). It also had beneficial effects on patients with somatic complaints and poor quality of life. The side effects of the drug were also mild compared to other psychiatric drugs.

Another study was conducted on several adult patients waiting in the dentist’s waiting room prior to appointment. Half the numbers were exposed to the scent of lavender, while the others were not. Those patients exposed to lavender showed lower anxiety levels than those who were not. Thus, lavender can be considered to be an effective aid in treating anxiety and stress disorders.

Cancer – Although not scientifically proven, lavender is supposed to help the cancer patients to recover from the side effects of cancer treatment.

Dementia – Lavender is used to manage dementia in some adult patients and is believed to have shown positive results.

Analgesic – The power of lavender to alleviate pain is also debatable. There are many reports from various sources that confirm the ability of this herb to function as an effective pain reliever. But, the scientific community has not yet acknowledged the same.

PMS – Studies are being conducted on the ability of lavender to alleviate premenstrual syndrome (PMS). Though positive results have been reported, more studies are necessary to confirm the same.

There is also a wide range of diseases like depression, migraine, high blood pressure, lice, constipation, and otitis to name a few that are supposed to be cured by lavender, but, still, a lot more study is required to come to a conclusion.

Side effects and interactions with other medicines

Lavender is supposed to have fewer to nil side effects compared to other medicines. But, care should be taken while administering the same as it is not safe for all to use it in all situations. It would be better for pregnant and breastfeeding women to avoid it or use it with the advice of a medical practitioner. It is also not advised under certain medical conditions or along with certain other drugs. It would always be advisable to use it with the counsel of a registered medical practitioner. Also, consult a doctor immediately if there are any symptoms of allergic reactions.

Although lavender has exhibited numerous medicinal properties, it is not yet approved by the Food and Drug Administration (FDA) and should not be consumed instead of prescribed medicines.