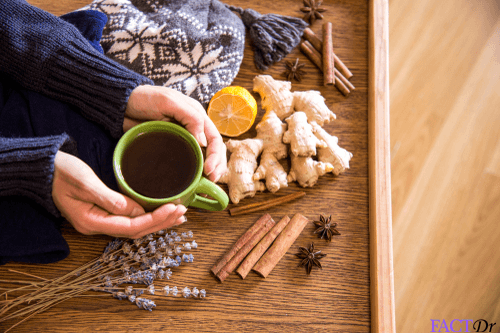 It is an infection that affects the nose, sinus, pharynx, and larynx.  It is popularly called the common cold, but actually common cold is one of the symptoms of upper respiratory infection.  The symptoms generally include stuffy/runny nose, sore throat, otitis media, sinusitis, etc.  It is mainly caused by a virus infection, but may also include bacterial and fungal infections.

A virus infection accounts for the majority of cases of upper respiratory infection (URI) and can be caused by more than 200 types of viruses.  It has been found that rhinovirus accounts for the maximum number of infections.  Children are more susceptible to these infections due to their weak immunity.  The infection generally is at peak during the fall and winter since viruses have a longer life span during the cold weather conditions.

URI affects various parts such as the nose, throat, pharynx, and larynx.  The different types of URI depend on which part it affects.  These include: 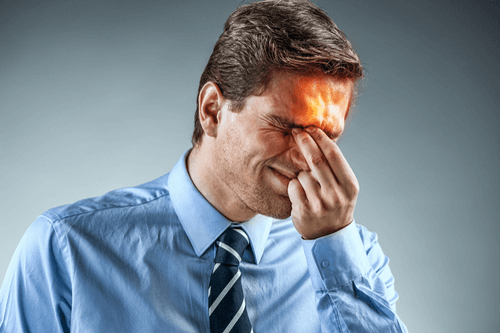 During this condition, the sinuses get inflamed causing headache, runny/stuffy nose, difficulty to breathe, etc.

Larynx is called the voice box and when it gets inflamed, it leads to laryngitis.

How is URI caused?

As discussed earlier, the majority of cases are caused by viral infections.  The infection can be acquired when an infected person sneezes or coughs.  The viruses that are sprayed out by sneezing and coughing enter another person’s body when they breathe through the nose.  Some of the risk factors associated with URI infection include:

Bronchitis, which is mild or acute lasts somewhere between 8 to 10 days and generally resolves without causing any complications.  The symptoms mainly include coughing, which occurs due to the inflammation and mucus accumulation in the bronchial tubes.  On the other hand, chronic bronchitis is a severe form of bronchitis, which can reduce the functioning of the lungs.

This occurs when the bronchial tubes are constantly inflamed with mucus accumulation and irritation of the tubes.  This can lead to long-term coughing, which also causes pain in the chest when coughing.  Due to this, there are high chances of virus and bacteria attacking the bronchial tubes that can cause serious complications.

Chronic bronchitis generally occurs due to smoking.  Studies have found that around 25% of smokers generally acquire this condition, which further leads to a respiratory disease called chronic obstructive pulmonary disease. 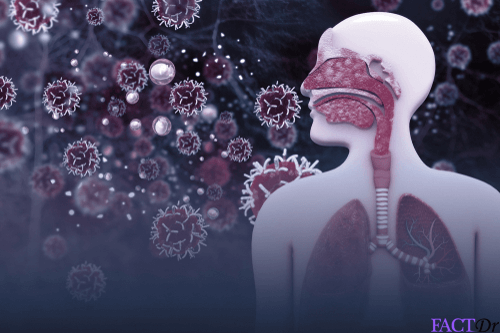 In the majority of cases, viruses cause bronchitis and in some rare cases, bacteria are involved.  Viruses such as rhinovirus, adenovirus, influenza A and B, as well as parainfluenza cause around 85-95% of acute bronchitis.  Bronchitis from bacteria is caused due to underlying medical conditions due to a weak immune system.

Acute bronchitis affects children and elderly people due to their weak immune system.  Chronic bronchitis is caused due to external causes such as smoking, chemical fumes, as well as constant exposure to dust.  Smoking is considered to be the biggest risk factor for chronic bronchitis.

An acute URI symptom is generally diagnosed by assessing the patient’s medical history followed by a physical examination.  Other tests may be ordered to find the pathogen involved and these tests include throat swab.

This test is conducted to diagnose strep throat.  Further imaging may be required if there is a problem with breathing such as chest x-ray, which can confirm epiglottitis.  Pain in the sinus area can be determined with the use of CT scan whereas x-ray is required if pneumonia is suspected.

Majority of URI symptoms resolve by themselves without any medical intervention within 8 to 10 days.  Since the infection is mainly caused by viruses, antibiotic use would provide little to no relief.  Certain conditions such as bronchitis would require bronchodilators to widen the air passages.

Since the symptoms of URI also include fever and body pain, over-the-counter medications such as acetaminophen or ibuprofen may be prescribed to relieve these symptoms.  Caution is advised while consuming these medications, as they may cause side effects such as bloating and stomach irritation.

A URI infection is generally associated with inflammation of various parts of the upper respiratory system.  Reducing these inflammations can help you treat these symptoms naturally.  Inflammations can be reduced by adding anti-inflammatory foods into your diet.  This would strengthen your immune system as well as decrease the inflammation.

Adding raw fruits and vegetables provides the essential minerals and vitamins required for the body to function.  They are also helpful in not promoting the production of mucus.  Probiotic foods such as yogurt, kefir, and kombucha are excellent foods that can strengthen your immune system and enrich your gut bacteria.

It is important to note that you also need to avoid certain foods such as sugary beverages, dairy products, as well as fried foods since they are known to cause mucus. 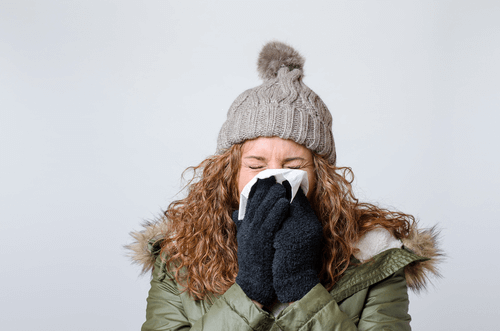 The biggest mistake we do during a URI infection is that we avoid drinking water thinking that it would aggravate the symptoms, but the fact is actually the opposite.  The mucus which is accumulated in the bronchial tubes can get thinner by consuming adequate water.  This helps the mucus to come out of the system easily and reduces coughing spells.

A humidifier is an electrical device used to increase the humidity in the air.  It is not guaranteed to treat URI symptoms but can help in reducing the severity of symptoms by loosening the mucus.  People suffering from chronic symptoms such as chronic bronchitis can benefit from using a humidifier since it is cost effective and easy to use.

Smoking of any type such as first hand and second-hand smoking should be avoided to relieve symptoms of chronic URI symptoms.  Smoking can irritate the bronchial tube lining causing continuous inflammation.  This leads to severe bouts of coughing and exacerbating the symptoms.  Avoiding smoking can reduce inflammation and relieve the symptoms quicker.

It is a technique of breathing where you keep your lips pursed while exhaling and inhale through the nose.  This type of breathing can be used if you are suffering from chronic bronchitis.  This type of breathing helps you to slow the breathing process as well as keeps the airways open for a longer period of time.  Due to this, the trapped air present in the lungs can easily escape and there is a higher chance of oxygen and carbon dioxide exchange.

It is considered to be one of the most popular herbs used to treat cold and flu symptoms.  The highlight of this herb comes from its antiviral property.  It is believed that using this herb can reduce the risk of acquiring a cold or flu by 58%.  Over-the-counter medications can sometimes cause side effects in relieving cold symptoms.  Using Echinacea can prevent these side effects and relieve you from symptoms of URI.

Taking a supplement of vitamin C during a bout of cold can reduce the severity and duration of respiratory issues.  Vitamin C can improve your immune system and fight off the viruses more easily.  You can also try vitamin C rich foods such as orange, strawberry, guava, grapefruit, and broccoli.

It is an herbal supplement that has been used for centuries by the Chinese.  There are numerous health benefits associated with this herb.  It is believed that this herb can decrease lung bacteria responsible for chronic obstructive pulmonary disease.  This herb also provides relief from inflammation as well as improves the immune system.

It is one of the most widely used oils for any form of cold and flu symptoms.  Many people add a few drops of eucalyptus oil to their bathing water to reap the benefits.  Cineole, which is the main constituent of eucalyptus oil, is known for its expectorant properties.  Cineole has been used in various cough drops as well as personal care products.  Cineole can reduce the inflammation and helps you bring out the mucus that is trapped in the bronchial tubes and lungs.  You can add a few drops of eucalyptus oil to boiling water and take a steam bath.  It can instantaneously relieve your clogged nostrils and helps you to breathe better.

Peppermint oil can be used to treat several URI symptoms.  It can be used as a decongestant, relieve fever, reduce the duration of cold symptoms, etc.  The antimicrobial properties of the oil can clear the respiratory tract off any bacteria.  Inhaling the oil can unclog your nostrils and provide a calming effect to your sore throat.

Oregano oil consists of several compounds such as carvacrol and thymol that are effective in fighting Staphylococcus aureus pathogens.  The anti-inflammatory effect of the oil helps to decongest the bronchus as well as the sinuses.  This oil is diluted in hot water and the steam is inhaled to relieve congestion.  It is also helpful in reducing inflammation as well as fight viral infections.

Some simple lifestyle changes can help you from preventing URI symptoms and these include: