What is Qigong and how can it help you channelize you inner “Qi”? 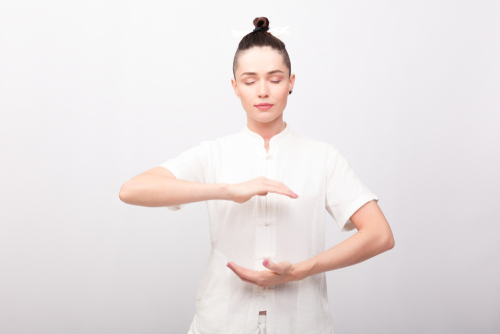 Home » Fitness and Exercise » Fitness » What is Qigong and how can it help you channelize you inner “Qi”?

Qigong is an exercise that is performed to aid with stretching, promoting fluid movement, and experience how the body moves.  This exercise consists of both internal and external movements. The main concept of this exercise is to routinely move energy (Qi) through the body. The movements performed in this exercise called internal power helps in transferring the energy within the body into different channels smoothly. It also helps in strengthening and balancing this energy.

Qigong originated in China and has spread across the world mainly because of the health benefits associated with this exercise. Unlike high-intensity training, Qigong is performed in slow movements quite similar to Tai chi. Qigong is believed to relate to the aerobic exercise where exercise routines are continuous and performed in a dynamic way. It is believed that Qigong can help improve the immune system and hence is widely used for people suffering from cancer. This exercise can also be performed for mental wellbeing and self-defense. 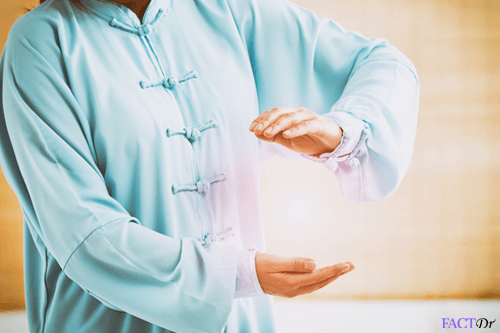 Maintaining your health appropriately needs some strict adherence to several aspects of life. This can include following a strict dietary pattern, healthy sleeping pattern, exercising regularly, etc. Alteration in this process generally leads to change in energy balance called Qi.

This energy can be balanced when both physical and mental energies are working appropriately. One of the important concepts of Qigong is “to let go.” It is believed that holding on to something for a prolonged period of time that is not necessary can change the balance in energy. This can be achieved by performing Qigong where the energy is balanced without causing any type of strain to the muscles or joints.

As the saying goes, prevention is the best cure; Qigong helps in preventing various illnesses that can harm the body. The postures followed in Qigong are known to have powerful preventive measures. It is formulated on the principle of Yin/Yang which relates to fast and slow or hard and soft. This principle is used to restore harmony to the various organs and channels by improving the immune system. This, in turn, leads to optimal performance of organs and prevent various illnesses.

According to Chinese history, Qigong exercises were followed by Buddhist monks. They seemed to have a highly disciplined lifestyle but were not completely happy with the outcome of Qigong exercise. They felt that the energy produced during the exercise needs to be increased in order to make the organs stronger and extend their life. This led to new postures and techniques that was formulated by the monks but were restricted only for the monasteries.

According to one of the findings, marrow washing technique was one of the important inventions these Buddhists had invented. During this special technique they were able to manipulate the energy in eight channels and pass them through these channels to bone marrow in order to energize the bone marrow and cleanse it as well. According to Chinese history, dying at 120 years was considered young.

Qigong exercise was practiced by various martial artists in order to improve their skills. It was believed that performing Qigong can help improve the power and stamina of a person mainly because of the breathing techniques associated with various postures. Qigong became so popular that the Liang Dynasty from China adopted this exercise to improve the well-being of their warriors. 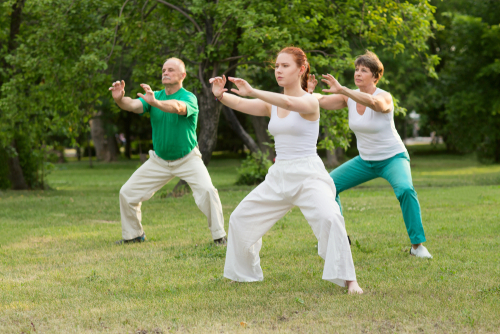 Qigong exercises are known to improve concentration and provide enlightenment to the mental state. The posture associated with washing marrow technique amplifies the energy through the channels to the bone marrow. This process helps in better control of energy and helps the mind to concentrate and not wander about useless thoughts. It is believed that due to this process, a person is able to influence the spiritual aspect and gets mental enlightenment.

Qigong technique is mainly divided into two important categories which include concentration and breathing. These are the two categories that produce optimal results.

According to Qigong exercise, concentration is obtained from the awareness or energy in the body. This can be achieved by various postures accompanied by breathing techniques. It is said that focusing does not require you to think about a particular thing for a prolonged period of time. Instead, it can be achieved by deeply relaxing your mind and expanding your awareness about the surrounding.

This allows your mind to become focused enough that no other external worries or distractions can affect the mind. It is believed that this can vary from person to person where few people can concentrate better with just a little increase in energy while others may require a higher amount of energy to concentrate better. It is believed that performing Qigong regularly can improve the level of concentration gradually over a period of time and you have greater control over the energy.

This breathing technique is performed by inhaling air and at the same time expand your stomach. This is next followed by exhaling the air out where the air is exhaled out by contracting the stomach. It is advised to inhale for a count of eight and exhale slowly for a count of 16. It is expected to exhale slowly by first moving the air from the stomach to the chest and then finally releasing all the air from the chest out. It is important to feel the energy while performing this inhaling and exhaling process to gain maximum results.

This type of breathing technique is the exact opposite of Buddha’s breath. Here, you will be contracting your stomach when you breathe in and expand your stomach as well as relax the chest when you exhale. Feeling the energy travel through your body while performing the inhalation and exhalation is highly important here.

Qigong is always started after 15 minutes of warm-up session. Some of the important postures of this exercise include:

This involves swinging both the arms from the shoulder. Next, twist your waist in a curling manner. Make sure to not twist your knees since it may harm your knees badly. Performing this test provides a massage to the internal organs. Next, move both the arms sideways and then front to back. Follow this by keeping the knees slightly bent and swaying your hips. Now focus on your mind and try to release unwanted stress from your mind. Performing this posture daily can help you gain a high level of concentration where you would hardly think of anything else other than moving your arms while performing this exercise. 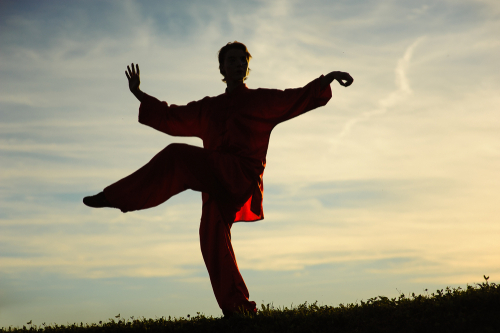 Bounce is initially performed for three minutes and later can be increased when you master it. This posture is performed by keeping your feet apart in a comfortable position. Now start bouncing on your feet by keeping your knees loose and both the arms flexible. The arms need to be so flexible that it should resemble wet noodles hanging. The arms should feel the jiggling as you bounce up and down. Next, keep your shoulders completely flexible and repeat the same bouncing action. Now, the shoulders and the arms should feel completely loose which provides deep relaxation. It is believed that performing the bounce posture provides a toning effect on the internal organs and promotes longevity.

Here, the energy is felt with the help of hands. This is performed by partially closing the eyes and concentrating on your palms. Next, concentrate on your breathing and gradually slow it. Next, bring both the hands forward with the fingers pointing forward and the palms touching each other. Keep the middle of both the palms aligned where the energy is felt highest. Now, move your palms apart but keeping the center of the palms aligned.

Next, move the palms closer to each other and at a particular distance which is approximately 30 cm, you can feel the energy between the palms. Now move your arms slowly back and forth to experience the change in the intensity of the energy. This posture can be performed in different directions such as vertically, horizontally, and diagonally. Feeling the energy between your palms for the first time is known to change your whole mindset.

Energy extension is mainly performed when a person has deficient or stagnant energy. This posture is performed by first keeping the eyes fully open. Now, inhale through the nostrils with the eyes fully open. Next, exhale with your eyes closed or half-open. Performing this helps in sensing the energy. If you get a sense that you have stagnant energy, try to move it out when exhaling. This can be achieved by moving the energy at various distances. You can first aim at moving the energy one inch and then bring it back in. Next, try to move out the energy to six inches. Continue the same pattern until you are able to do it for three feet.

Energy pumping is a more sophisticated posture where energy is moved across two different channels. This is performed by first pushing the energy downward by pushing the hands down. Here, the spine and head straighten. It is then followed by pushing the energy upward by lifting the hands up, bending the elbows, and keeping the palms parallel to the floor. Once you are comfortable with this posture, you can make it much more intense by walking forward slowly accompanied by the above mention moves.

This helps in blending the energy smoothly. Perform this by standing on your feet wide apart at a comfortable distance. Bend the knees slightly and allow the arms and should to be completely loose. Now shift the bodyweight on the balls of the feet and feel the energy transfer. Continue this for a minute and then move your body weight to the heels and again feel the transfer of energy. Retain this posture for a minute and then come to a standing position. Over a period of time, you can extend the waiting period to five minutes in order to experience better flow of energy.

Breathing techniques can be performed with both Buddha’s breath and Daoist’s breath. This is performed by sitting on the floor with the legs crossed. Keeping the legs crossed helps the energy to not become stagnant. Next, perform the inhale and exercise procedure depending on which breathing techniques you are following. This is performed with eight counts of inhalation and 16 counts of exhalation.

Now, concentrate on the nose during inhaling and transfer the energy from the nose to the Dantian. The Dantian, also called the “sea of qi” is the energy center of the body. The human body has three Dantians. They are located at the center of the forehead, just above the eyebrows, at the center of the chest and in the lower belly. The Dantian in the lower belly is located about 2 to 3 inches behind and below the navel. Exhale and move the energy down the torso. Next, inhale and move the energy to the shoulder followed by exhaling and moving the energy back to the nose. It is important to complete the whole cycle to finish one set.