Carrageenan: How a simple seaweed extract could better your gut health & immunity 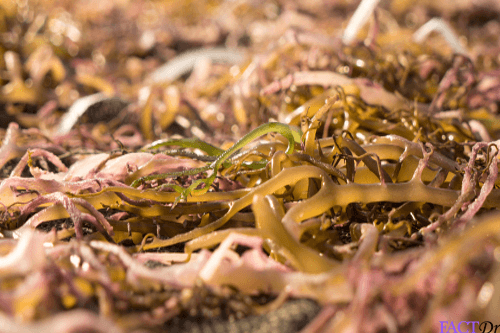 Carrageenan is an additive made from parts of various red algae or red seaweed.  It is a natural ingredient obtained from red seaweed.  Carrageenan is also called as the poison ivy of the ocean.  They are used to thicken, emulsify, and preserve medications, foods, and drinks.  The medicinal uses of carrageenan include for coughs, bronchitis, tuberculosis, and intestinal problems.

Carrageenan is used as a binder, thickening agent, and as a stabilizer in medications, foods, and toothpaste.    Carrageenan has a chemical composition of d-galactose units.  Carrageenan is a mixture of water-soluble, linear, sulfated galactans.

Carrageenan adds no nutritional value or flavor to foods or beverages.  Carrageenan contains chemicals that may decrease stomach and intestinal secretions.  Carrageenan is the only food ingredient known to provide the gel-forming characteristics necessary to produce a flan product.

Iota Carrageenan:  Iota Carrageenan is a kind of carrageenan that readily forms into a strong gel when combined with calcium salts.  Iota Carrageenan is soluble in water and stays elastic in texture.  It is used in pharmaceutical industry, which acts as an alternative to neuraminidase inhibitor in the preparation of nasal spray for influenza or early symptoms of cold.

Where is carrageenan used?

Some of the uses of carrageenan include binding ingredients together, improving the texture and helps yogurt to taste just as good.

Since carrageenan is mostly fiber, it is relatively neutral on a nutritional level.  Carrageenan is used to enhance the food experience without having any harmful effects on the diet.  Carrageenan also does not contain any vitamins or minerals.

Gut Health:  Carrageenan is known for its prebiotic effects, which can influence the development of useful microbes in the digestive tract, which results in enhanced gut health and improved immune responses.  Carrageenan also is known to protect the intestinal lining from being damaged by the use of alcohol, which helps to prevent stomach ulcers.

Antioxidant Effect:  Carrageenan is also studied for its effect as an antioxidant.  Antioxidants are compounds, which prevent oxidation. Oxidation is a chemical reaction, which can produce free radicals, which then leads to a chain reaction that damages the cells of organisms.  Since carrageenan is known for its antioxidant effect, it helps to neutralize free radicals, which cause significant damage to the body.  Free radicals have also been linked to a number of health issues including diabetes, Parkinson disease, age-related eye disease, and cancer, which makes the antioxidant properties of carrageenan very significant.

Cholesterol Levels:  Cholesterol is a fat, which is also called a lipid, which our body needs to work adequately.  Elevated levels of cholesterol in the blood can lead to serious health issues including heart attack, stroke, and other problems.

It is well known that high levels of cholesterol in the bloodstream can lead to a medical condition called as atherosclerosis (a condition where the arteries become narrowed and hardened due to a build-up of plaque around the artery wall), which can increase the risk factors for heart attacks and strokes.

Studies have also proven that a diet consisting of carrageenan on a regular basis has a higher probability of lowering cholesterol as compared to normal dietary fibers.

Common Cold and Flu:  The common cold, which includes chest cold, head cold, and seasonal flu are caused by viruses.  Flu symptoms are similar to a common cold, but also include fever, headache, and muscle soreness.  People getting common cold is very frequent these days and also the recurrence of flu year after year.

Studies in Austria have identified an antiviral property of carrageenan. 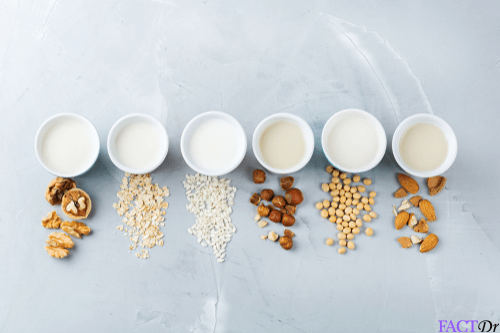 As we know that due to the properties of carrageenan as a thickener in foods, it has also proved to be an effective treatment when used as an ingredient in nasal sprays.

Studies suggest that carrageenan gel has the ability to adhere directly to viruses and prevents them from attaching to the nasal wall, and limiting their ability to spread.

Studies have also shown a positive outcome when the carrageenan-based nasal spray is used for the treatment of influenza, even after progression of the infection.

Carrageenan seems to be effective regardless of the cold virus being targeted and hence is used in over-the-counter nasal sprays.

Additives in Foods:   Food additives are substances added to food to preserve flavor, enhance the taste, and appearance.  The most important function they provide is through replacing an ingredient.  It has been noted that carrageenan has the ability to improve the taste and texture of low fat, low-sodium, and low-sugar foods.  Carrageenan is most suitable as it is both organic and vegan.

In addition to improving texture, carrageenan helps in preventing separation and keeping foods fresh for longer periods of time.  Since carrageenan is largely composed of fibers, they have no nutritional effects.

Carrageenan: Is this additive free from side-effects?

Carrageenan is generally considered safe in the amounts that we consume on a daily basis, but can also have some side effects when taken in large amounts.  Carrageenan extracted from red seaweed and processed with alkaline substances are used for food products are generally safe. 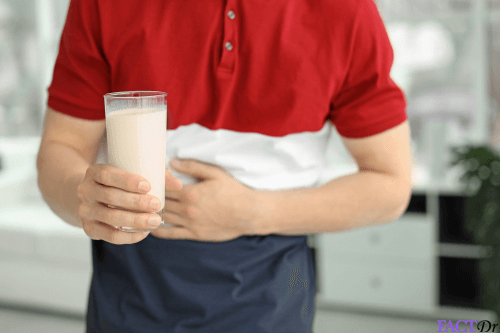 Carrageenan which is processed with acid creates a substance called degraded carrageenan, or poligeenan, which has significant health warnings.

Research suggests that poligeenan can cause gut tumors and ulcers, and has the potential to even trigger colon cancer.  International Agency for Research in Cancer has listed poligeenan as a possible human carcinogen.  A carcinogen is a substance, which can cause cancer in living tissue.

There is also some concern with respect to the safe use of food-grade carrageenan.  There are some instances where these substances may degrade and become toxic when it mixes with stomach acid.  It is unclear to what extent carrageenan degrades in the digestive system, which leads to a concern that what amount is considered safe for consumption.

Findings have also indicated that non-degraded carrageenan can cause inflammation and bowel disorders, which can cause some severe health conditions like ulcers and inflammatory bowel disease.

Research has proven that people suffering from digestive problems when to eliminate carrageenan from their diet have shown positive results and have better digestion.

Can carrageenan be consumed in a Whole30 diet? 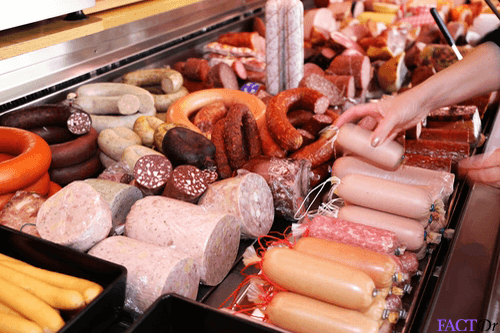 The Whole30 is a 30-day fat diet that emphasizes whole foods during which people eliminate sugar, alcohol, grains, legumes, soy, and dairy from the diet.

The Whole30 is similar to the paleo diet, but more restrictive than the paleo diet, as this diet does not contain natural sweeteners such as honey or maple syrup.  Paleo diet helps in eliminating chronic inflammation.

Inflammation is the body’s natural response to a problem or injury.

As we are aware that degraded carrageenan called as poligeenan has carcinogenic (cancer-causing) effects and has shown the ability to induce inflammation, it is highly recommended that a Whole30 diet does not include carrageenan additives.

What is the safe limit of carrageenan consumption?

There is not enough scientific evidence to determine an appropriate range of doses for carrageenan.  The dosing also depends on several factors such as the age, health, and several other conditions.

Natural products are not always considered to be safe and need to be administered under medical supervision.  In general, the dosage used by food additives is considered safe for consumption.

Carrageenan is an additive made from parts of various red algae or red seaweed.  It is a natural ingredient obtained from red seaweed.

Carrageenan has been in the debate for a long time over the safety of consumption.  Some of the uses of carrageenan include binding ingredients together, improving the texture and helps yogurt to taste just as good.  Since carrageenan is mostly fiber, it is relatively neutral on a nutritional level.

Carrageenan is used to enhance the food experience without having any harmful effects on the diet.

Poligeenan is considered dangerous and is not approved as a food additive.  Research suggests that poligeenan can cause gut tumors and ulcers, and has the potential to even trigger colon cancer.  International Agency for Research in Cancer has listed poligeenan as a possible human carcinogen.

The studies are not conclusive with respect to the amount of degraded carrageenan that is dangerous.  Due to the potential risk, there is hardly any research, which has been conducted to test humans.

The bottom line is that if there is a concern with respect to the side effects of carrageenan, it is better to take it out of the diet and watch for any improvement.  It can be easily found listed under the product’s ingredients so that measures can be taken to either avoid or add it to the diet.

Consulting a medical professional is advised to come to a conclusion if the ingredient needs to be added or eliminated from the diet.