Goldenseal: Experts reveal why it is the most useful herb known to mankind 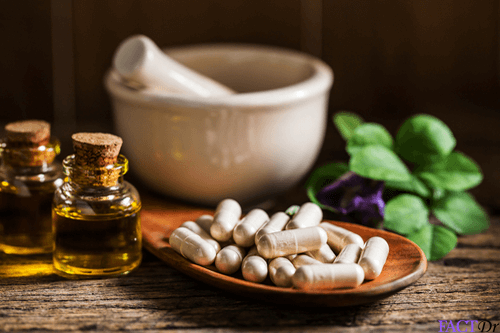 Home » Supplements » Wellness » Goldenseal: Experts reveal why it is the most useful herb known to mankind

Goldenseal is a herb that is found in the woody regions of North America from Vermont to as far south as North Georgia. It has been collected from the forests for hundreds of years and used by Native Americans. The name goldenseal is derived from the golden-yellow scars that are found on the base of its stem. It is also called by a number of other names. Some of these names are yellow puccoon, yellowroot, white turmeric, wild circuma, yellow paint, ground raspberry, and yellow eye.

It flowers in the months of April to May and its red fruit appears in the late summer. Because of the popular use in alternative medicine, it has been overharvested and is now an endangered species in several states of the United States. This makes the harvesting of goldenseal from public lands illegal in such areas. Fortunately, cultivation of the herb is easy. And though populations continue to fall, it is quite easy to bring them back up through commercial farming and sustainable harvesting.

History of Goldenseal Use 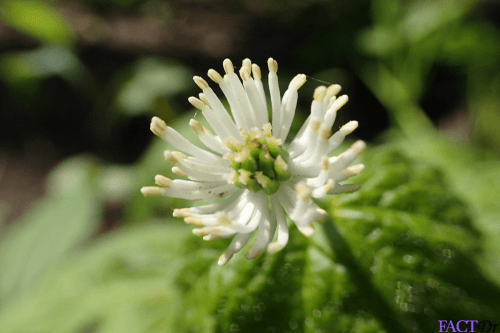 The presence of alkaloids like hydrastine and especially berberines gives goldenseal its medicinal properties. These are present in a concentration of 2 to 10%. It was used as a health tonic, an antiseptic, and to treat snakebites among the Cherokee Indians. The Iroquois Indians used it to pneumonia and digestive disorders. Early pioneers in America used it for the treatment of mouth sores and digestive disorders.

Beginning in 1860, there was a major demand for this drug nationwide. It is today one of the top-selling herb extracts in the United States of America. It can be found in several drug stores and medical stores nationwide. Current uses include the treatment of mouth sores, cold sores, nasal congestion, and as a topical antiseptic. Between 1991 and 1996, the wholesale value of goldenseal increased by 600% in the United States. Where in 1991, it could cost up to a maximum of $24 per kg, the demand by 1999 was such that, the price went up to $110 per kg.

Goldenseal has been in commercial cultivation since the 1900s. The present guidelines for its cultivation are derived from a USDA farmer’s bulletin that was released in 1914. Goldenseal grows well in a moist and organically rich loamy soil, with a pH of about 5.5 to 6.5 and in good shade.

It is a commercially viable crop because it grows in most conditions, does not require special care or more land area, and is very profitable. It is also environment friendly.

Authors and growers have also suggested that it is better to grow the herb in areas of thick natural forests than an artificial shade. In the forest, the air circulation and the natural diversity would help against attacks from insects and allow goldenseal to resist diseases better.

Although the Cherokee Indians used goldenseal for even treating cancer, there is limited research to support its use. However, it is still prescribed for the treatment of a vast array of illnesses in alternative medicine. Goldenseal is used in the treatment of:

Gonorrhea is a sexually transmitted disease caused by bacteria. It can easily be controlled by taking antibiotics. Unfortunately, people quite often have less or no symptoms of the disease in the early stages. Though goldenseal is used in alternative medicine for the treatment of gonorrhea, there is no scientific evidence to substantiate it other than its antibacterial properties.

Though it has been used at times for the treatment of the symptoms of malaria, there is no evidence to show that it is effective in curing the person of the disease. However, it is rich in berberine, which has been proven to have antimalarial properties. It also finds use in treating symptoms of patients with cholera. Here it treated the symptom of acute diarrhea, where it has helped with a reduction of stool in them. 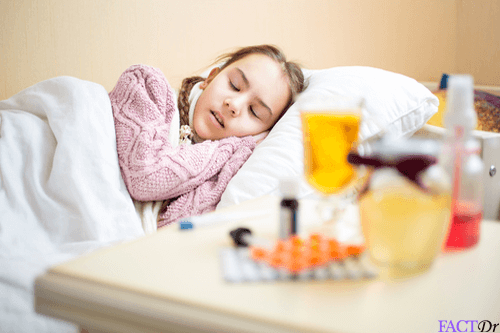 In a study, an ethanolic extract of goldenseal was found to be effective in inhibiting both gram-negative and gram-positive bacteria. It also inhibited the mycoplasmic bacteria, which cause pneumonia. It has been used traditionally for the treatment of pneumonia. However, further research needs to be done to prove its efficacy in treating pneumonia.

Berberine is present in good quantities in a golden seal extract. It has been found to be effective in improving the skin tone. Berberine has also been shown to be effective in reducing cases of skin pigmentation. However, it is very difficult to extract berberine from the plant itself because of its sensitivity to both light and heat and an alteration in its properties.

Goldenseal extract is used in the treatment of rashes, blisters, eczema, dandruff, and even ringworm. It is also used as a mouthwash for the treatment of sores on the gums and in the mouth.

Goldenseal extract is also used to treat digestive condition such as stomach pain and ulcers. This is probably because of the presence of berberine, which is known to have anti-inflammatory properties. Goldenseal is also said to help with constipation and general indigestion as well.

Gallstones are formed when the excess bile that is used in the hydrolysis of fats accumulates in the gall bladder. Goldenseal extract is found to be effective in reducing pain in the gall bladder and reducing the number of gallstones. Berberine is also found to be effective in reducing the risk of urinary tract infections, by preventing bacteria such as Escherichia coli from binding to the walls of the urinary tract.

Some of its other uses are for reducing earache and ringing and even treating deafness in the ears and in eyewash for the treatment of conjunctivitis (eye infection).

Side effects of using goldenseal and drug interactions 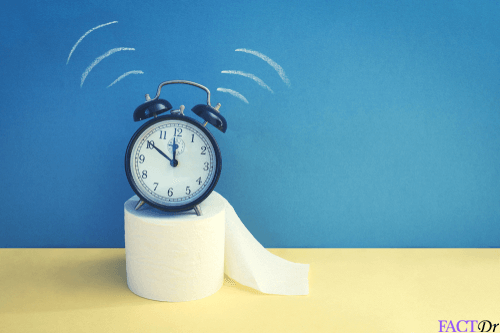 Studies have shown that berberine found in goldenseal has a phototoxic effect. When goldenseal is used in eyewashes, it can cause damage to the retina. Goldenseal may also not be very effective when taken orally. This is because many of the chemical compounds present in goldenseal may not be absorbed properly. This will prevent them from reaching concentrations in the body that may make them effective.

Goldenseal is also known to interfere with the intestinal absorption of vitamin B. the deficiency of vitamin B in turn can lead to chronic illnesses.

The above characteristic also makes it safe to use goldenseal for short-term treatment. There is not enough evidence to show if goldenseal is effective for long-term use.

The use of goldenseal during pregnancy or breastfeeding might be unsafe for the baby. This is because goldenseal contains a hazardous chemical that can cross the placenta and affect the unborn child. It can also find its way into breast milk, where it could still be harmful to the baby. Newborn infants exposed to goldenseal have developed brain damage.

Goldenseal may also change how quickly the liver breaks down some medications, in other words it reduces this rate of metabolism. This can increase the effects and side effects of those medications. Examples of medications whose effects are altered by goldenseal include amitriptyline, clozapine, codeine, and desipramine. Consult your doctor if you feel any changes after taking goldenseal if you also take these medicines.

What is the appropriate dose of goldenseal extract?

The right dose of goldenseal extract depends on the user’s age, health, and medical history. There is no universally accepted dose of goldenseal extract for this reason. Many of its benefits are still under research and scientists are only still discovering how it works. It would be a good idea to read the warnings and dosage instructions on the labels provided on the extract. A doctor or healthcare professional could also be consulted to ensure that taking it is safe for you.

Echinacea and goldenseal is considered a potent combination of herb extracts in alternative medicine, particularly for the treatment of the common cold. However, doctors at the New York University Langone Center say that goldenseal has no immune-boosting properties. Therefore, it is not recommended to be mixed with echinacea to boost the immunity of the body. It does help treat the symptoms of the common cold by providing relief from sore throat and irritation in mucous membranes. Even in cases where you would like to take echinacea and goldenseal together, do not continue this course for more than 6 months.

It is believed that taking an extract of goldenseal with water will help to mask the use of illicit drugs when a urine drug test is performed. This is actually based on a theory developed by the author John Uri Lloyd in 1901 in his book “Stringtown on the Pike”. In this book, a boy is convicted of poisoning his uncle with the drug strychnine, which he covers up using a goldenseal extract.

Goldenseal is not known to have any effect on illicit drugs like amphetamines, opiates, cocaine, barbiturates, and benzodiazepines.

How much goldenseal should you be taking?

The answer is quite simple. Just enough. And the best person to answer this question is your doctor. There is no recommended dosage for goldenseal. It depends on so many factors such as your age, health, and medical history. In addition, its popularity has been booming in recent years and its price has seen an increase. Where in 1991, it could cost up to a maximum of $24 per kg, the demand by 1999 was such that, the price went up to $110 per kg.

This could happen for three main reasons. Firstly, its health benefits are quite a few and the use of traditional medicine has lately become popular. This is supported by research in some cases, though in many cases many of the benefits still need further research. Secondly, it is considered to have the ability to mask the use of illicit drugs in urine drug tests. There is no evidence, however, that you would test false positive after taking these drugs with just a glass of water and goldenseal extract. Thirdly, it is also said to be a potent combination with echinacea for the treatment of the common cold.

Nevertheless, you must do what works best for you. If you think that goldenseal is helping your body stay strong and fight disease, please do so. However, before you do this, be sure to consult a doctor especially to be sure that goldenseal does not interact with any drugs you are taking. Also, remember that it is a herb that works best in the short term and that the efficacy of its long-term treatment is still under research.