Dandelion: Little parachutes of health and wellness for your whole body 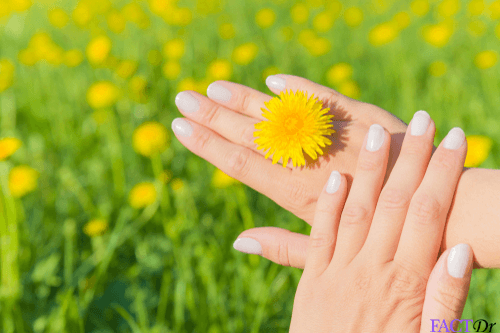 What you didn’t know about dandelions

Dandelion is an herb and is scientifically named as Taraxacum, which is a large genus of flowering plants in the family Asteraceae.  Taraxacum is native to Eurasia.  All the parts of the plant including the seeds, flower, leaves, stem, and root are edible.  Their leaves are distinctively sharp resembling a lion’s teeth.  The seeds resemble like little parachutes, which fly away with the wind, spreading and growing more dandelions.  Dandelion pollen can often make people have allergies.

Dandelion greens are a rich source of vitamin A.  The flower, leaf, and root of this plant are used in traditional medicine for their diuretic, cholagogic, antirheumatic and appetite-stimulating properties.  In vitro and in vivo studies on dandelions have shown lipid-lowering, hepatoprotective, and antiviral properties.  Dandelions also have displayed properties related to an anticoagulant, diuretic, anti-inflammatory, and antioxidant. Dandelion root extract has anticancer effects against melanoma and leukemia, as well as pancreatic and colorectal cancer cell lines. 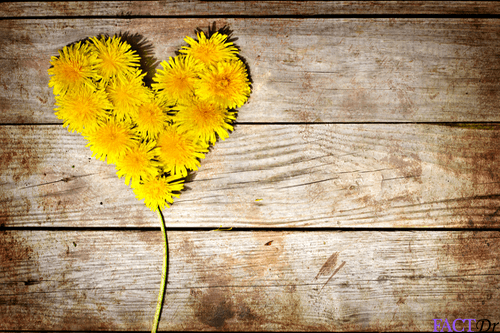 Dandelions are highly nutritious plants, which are rich with vitamins, minerals, and fiber.  Dandelion greens can be consumed cooked or raw and serve as an excellent source of vitamins A, C, E, and K.  They also contain folate and small amounts of other B vitamins.  They are rich in several minerals, including iron, calcium, magnesium, and potassium.  The root of the dandelion is rich in the carbohydrate inulin, which is a type of soluble fiber found in plants which supports the growth and maintenance of healthy bacterial flora in the intestinal tract.

What are the health benefits of dandelions?

It is a group of diseases involving abnormal cell growth.  Dandelions contain a high amount of potent antioxidants.  Antioxidants are molecules, which help neutralize and prevent the negative effects of free radicals in our body.  Increased levels of free radicals contribute to disease development and accelerated aging.  Therefore, antioxidants are essential for keeping our body healthy.

Dandelion contains high levels of antioxidants called beta-carotene and polyphenols, which is known to provide strong protection against cellular damage and oxidative stress.  They are found in high concentrations in the flower but are present in the roots, leaves, and stems as well.  Research has shown that dandelion has the potential to treat cancer and can be used as an anti-cancer agent.

Dandelion root extract may combat cancer by inducing apoptosis.  This property of dandelion is helpful for stopping the proliferation of cancer cells and helps in treating cancer such as pancreatic cancer and prostate cancer.  Studies have shown that dandelion root extract has the capacity to slow the growth of cancer cells in the liver, colon, and pancreatic tissue. 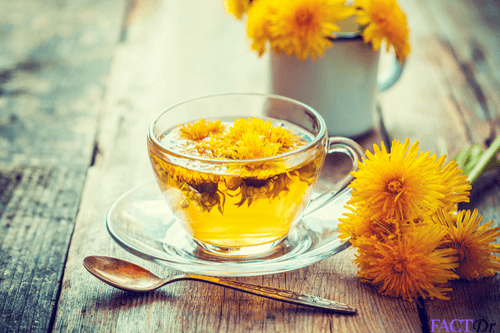 It is a disorder where the body does not produce insulin or does not use it efficiently, which can lead to dangerous complications. Dandelions contain two bioactive compounds namely chicoric and chlorogenic acid, which help in reducing the blood sugar.

Studies have shown that these compounds can improve insulin secretion from the pancreas while simultaneously improving the absorption of glucose (blood sugar) in muscle tissue.  This can cause increased insulin sensitivity and reduced blood sugar levels.  The two compounds namely the chicoric and chlorogenic acid have the ability to limit the digestion of starchy carbohydrate foods, which may also contribute to reducing blood sugar levels.

The dandelion herb contains vitamins, minerals, terpenoids, caffeic acid, numerous other compounds, and have high concentrations of inulin, which may encourage ovulation and reduce fatigue and helps in lactation stimulation.  However, high doses are harmful and are advised against the consumption of high dosages of dandelion during breastfeeding.

The liver is the largest internal organ of our body.  The liver’s function is to filter the blood coming from the digestive tract, before passing it to the rest of the body.  Some of the symptoms of liver disease consist of bleeding, easy bruising, edema, fatigue, and jaundice.  Dandelion can help to detoxify the liver and promote increased bile production.  The roots are used to improve digestion and relieve stomach upsets like flatulence, constipation, and fullness due to their laxative effect.

Additionally, dandelion root also may relieve headaches and treat skin disorders, boils and other ailments related to liver dysfunction.  Since dandelion can help to clean the liver and gallbladder, it is believed to be important for the removal of toxins deposited in the liver from pharmaceutical drugs.  There is some indication that the root of the plant may boost the production of natural, healthy bacteria of the gastrointestinal tract.

Dosage and Supplement Forms of dandelion

Dandelion leaves, stems and flowers are consumed in their natural form and can be consumed cooked or raw.  The root is dried, ground, and consumed as a tea or coffee substitute.  It is also available in supplemental forms including capsules, extracts, and tinctures.

Suggested dosages for different forms of dandelion are:

Possible side effects of dandelion

Dandelion extracts are generally low in toxicity and are usually safe for most people, especially when consumed as a food in its whole form.  Dandelion pollen can cause an allergic reaction to people suffering from environmental allergies.  Contact dermatitis (a medical condition in which the skin develops an allergic reaction after being exposed to a foreign substance) can also occur in people with sensitive skin.

They may interact with some medications, especially certain diuretics and antibiotics.  They absorb heavy metals namely lead, nickel, copper, and cadmium, as well as pesticides, and other substances from the environment.  It is generally not a good idea to eat wild dandelion unless the purity of the soil, water, and air are known.  They can also contain high levels of other substances, such as iron and should be avoided by people suffering from hemochromatosis (a disorder in which the body simply loads too much iron).

Dandelion supplement interactions with other drugs 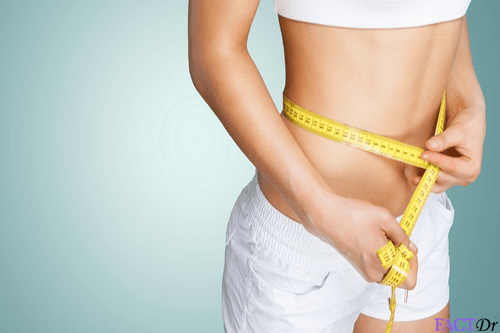 Interaction with Lithium:  Lithium compounds, which are also known as lithium salts, are primarily used as a psychiatric medication.  Taking dandelion with lithium can cause interactions and dandelion might decrease how well the body gets rid of lithium.  When the body is not able to get rid of lithium adequately, it can result in serious side effects.

Water Pills Interacts with dandelion: Diuretics are commonly called water pills.  A diuretic is a type of drug which helps rid the body of extra water by urination and helps in lowering the blood pressure.  There are high chances that diuretic pills may increase potassium levels in the body.

As we already know dandelion too contain potassium.  Taking water pills along with dandelion might cause too much potassium to accumulate in the body and can cause side effects.  Water pills, which increase potassium in the body, include amiloride (Midamor), spironolactone (Aldactone), and triamterene (Dyrenium).

Dandelion supplements: Should you consume these?

Dandelion roots supplements are classified as dietary supplements.  These supplements do not undergo stringent pharmaceutical testing.  Dandelions are not a replacement for a balanced diet especially with regard to disease prevention and treatment.  They have the potential to provide some therapeutic health benefits.  Research suggests that dandelion root contains anti-inflammatory properties.

There are numerous studies that report the antioxidant properties of dandelion flower extract.  Studies have also reported a decrease in glucose levels and an increase in urine production with the use of dandelion.  There are also cases of improved liver function in people with hepatitis B.  It is always advisable to consult a qualified healthcare professional before adding a new herbal supplement to the diet.