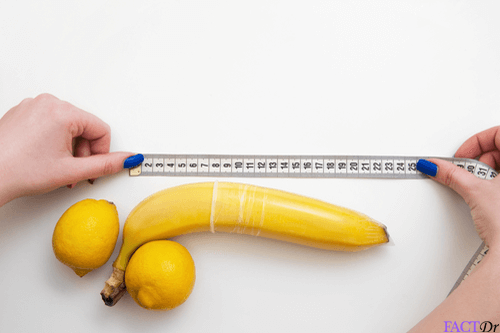 Does it matter how big or small your trousers are? Of course, it does. When a trouser is too small or too tight in just the wrong places, it could tear easily as you put it on. If a trouser is too big, it could slip off easily and you could be the talk of the town.

A condom is just like that. Too small and it might break easily even as you put it on or touch the tip; too big and it might slip off accidentally. Just as a pant’s length, width, and girth measurements are important to make sure it fits right, so does a condom’s. And the dangers of a condom slipping off or breaking is real. Fifteen percent of all couples intent on contraception with the use of condoms get pregnant during their first year.

A condom might also break if it is too small or if it has air bubbles at the top because of the friction between the covered penis and the vaginal walls with repeated thrusts.

How to measure your penis size 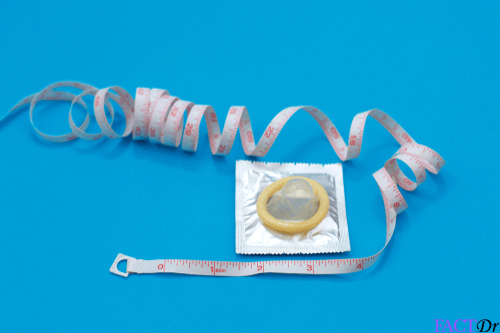 Inside condoms will be mentioned in this article, but here the focus is on condoms meant to be worn outside (for males). A condom size would obviously depend on the size of your penis, when erect. It is therefore important to arrive at a size for your penis in three dimensions, length, girth and width.

You can measure the length of your penis by using a tape or a ruler. You do this by placing the tape or ruler at the base of an erect penis. You then measure the total length from base to the tip of the penis. Press the ruler into the groin just enough to make sure you have the right length.

Since you have the circumference (or girth) of the penis now, divide the same by 3.14 (shortened measure of π or pi). This will give you the width of the penis.

Condom sizes are generally measured in length and width. So these are the two measures you must have on hand when you are choosing your condom.

Condoms: How do you pick one?

When most people are asked, the lubricated condom is the obvious choice. Why yes, it is lubricated. Wouldn’t that be great for sex? Why not then? Why no, because the lubricant may or may not be necessary or good for you and your partner. This is because some lubricants are spermicidal, and the spermicide may be nonoxynol-9, which could irritate the walls of the vagina or anus, leading to a higher chance for the transmission of STDs like HIV. 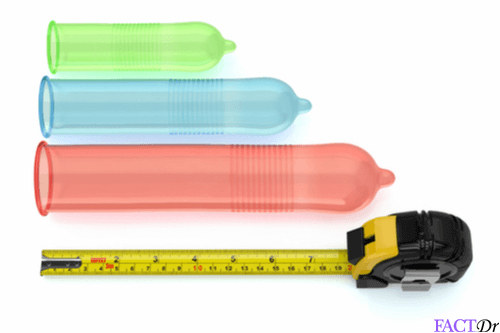 In addition, nonoxynol-9 can also cause a general numbness on the tongue during oral sex. It is generally clearly indicated by the manufacturer whether the condom contains a lubricant and if it is spermicidal. It is generally advisable to buy a condom only if this is indicated so. Generally, a non-lubricated flavored condom is great for oral sex.

Most condoms are non-vegan because they are made of latex and contain casein, a milk protein. Some condoms are even made from lamb intestines.

Condoms are generally made of latex, though for people who are allergic to latex, are vegan, or are looking for another alternative, there are other materials that condoms are made from. Some of them are:

How to pick the right size and fit? 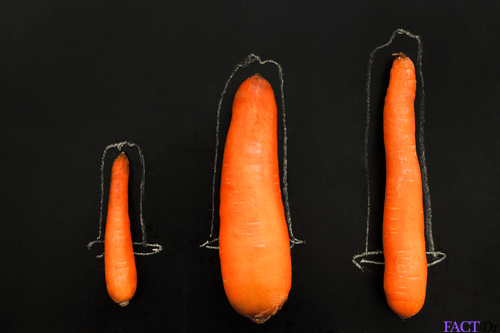 The right size of the condom makes a big difference to not just the comfort of the individual but also to how safe the sex is. If the condom is too small, it could break easily while having sex and could lead to the spread of STDs (sexually transmitted diseases). Most of the snug fitting condoms fit an average size penis (about 5 inches when erect) quite well. If you feel you are not getting a good fit or have a larger penis, you could go for a larger fit, which will give your penis more room. On the other hand, a condom that is too big or too loose around the tip or base can easily slip off.

How do you use a condom?

The sequence of steps on how to put a condom on and then to safely remove and dispose of it is as follows:

Inside Condoms or Female Condoms

Condoms for women are also referred to as inside condoms. They can be inserted into the vagina about 8 hours before having sex to serve as a barrier preventing pregnancy and STDs. The female condom was developed by Lasse Hessel and was approved by the US Food and Drug Administration (FDA) in 1994. Female condoms are also available in different materials. They may be made of polyurethane or nitrile (any organic compound that has a −C≡N functional group) generally.

The size and fit of a condom are important determining factors not just for comfort but also for safety and for a better sex experience. Remember the age-old adage “Better safe than sorry”. You did the right thing by getting a condom, to begin with, to protect yourself from STDs and to aid in contraception. Now go further down that road by selecting the right size and fit, decided whether it should be lubricated or not, and also if you want it to be spermicidal or non-spermicidal. Now that you have got down the measurement of your penis, it’s time to get that right condom and use it the next time you have sex, for a safer and a better experience.