Clitoris: Why is it called the gateway to toe-curling female orgasms?

Home » Sexual health » Clitoris: Why is it called the gateway to toe-curling female orgasms?

What is a clitoris?

The external female genital organ contains a pea-sized structure which is located at the top of the vulva and called the clitoris. The word clitoris comes from the Greek word kleitoris which means “little hill.” Many compare the female clitoris to the male penis since both structures evolve from the same origin although the penis is involved in reproduction whereas the clitoris is not.

It is one of the most sensitive parts of the female genitalia and is stimulated for sexual pleasure. Vulva which is the single word used to describe the external genitalia contains several organs namely the vagina, clitoris, labia majora, labia minora, vestibule of the vagina, Bartholin glands, and the bulb of the vestibule. Numerous nerves connect the clitoris and make it the most sensitive part of the vulva and is therefore, sometimes referred to as the external G-spot.

Stimulation of the clitoris helps a woman attain an orgasm.  Though the size of the clitoris is small and it’s only as big as a pea, it gets engorged when stimulated and can double in size.

Anatomy of the clitoris 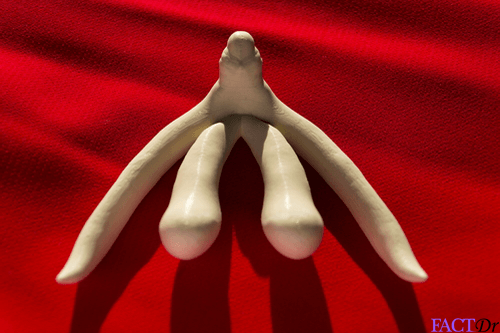 The clitoris is situated below the mons pubis.  It contains two erectile vascular tissues called the corpora cavernosa. These tissues are situated on either side and are surrounded by a sheath. A thin epidermis covers the clitoris. It is covered with numerous sensory nerves and receptors.

The size of the clitoris remains small before puberty and drastically enlarges after puberty. It has three important components namely the glans clitoris, two crura, and two bulbs of the vestibule. Glans clitoris is the only part that is visible to the naked eye.

The two crura extend from the glans clitoris in the shape of brackets and extend deep into the tissue of the vulva. Finally, the two bulbs of the vestibules extend on either side of the vaginal orifice.

Disorders of the clitoris

Soreness and itching are the two main problems associated with the clitoris due to its tender and delicate anatomy. The majority of women tend to hide this and avoid speaking about them with their doctor to avoid embarrassment.

As a matter of fact, around one-third of university-aged women are unable to find the clitoris on a diagram. On the other hand, they avoid using medical terms such as the vagina and vulva and instead prefer the female reproductive organs. It is this mindset that leads to several disorders of the clitoris. Some of the major disorders are discussed here in detail. 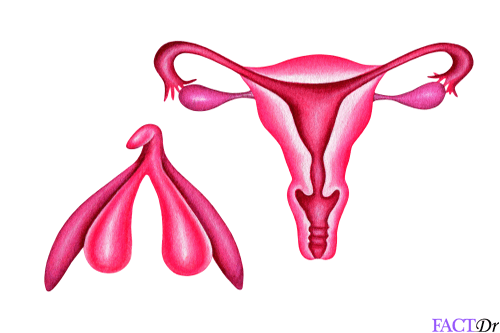 Macroclitoris or clitoromegaly is a condition where the clitoris is abnormally enlarged. This can be caused due to various factors (though normal enlargement caused by sexual arousal is not considered clitoromegaly).

The size of the clitoris increases when it is stimulated but otherwise remains small. Several health conditions such as hormonal imbalances, inflammation of the vulva, polycystic ovarian disease, tumors, as well as steroids can cause the clitoris to enlarge.  Some of the common causes are discussed below.

Clitoral priapism is considered to be rare but can be quite uncomfortable if not treated adequately.  When the clitoris is stimulated, there is an excess amount of blood flow due to the presence of numerous nerve fibers. The clitoris remains enlarged until an orgasm is achieved. It then returns to its original size as the blood slowly drains out.

In certain cases, venous or lymphatic drainage does not occur and this ca lead to extended periods of clitoral enlargement.  This can cause swelling and edema resulting in pain and discomfort. One of the main causes of this condition is due to the use of medications producing alpha blockade.

Clitoral itching can occur due to various reasons such as contact dermatitis, yeast infections, bacterial vaginosis, sexually transmitted infections, and Lichen sclerosus. These are discussed below. 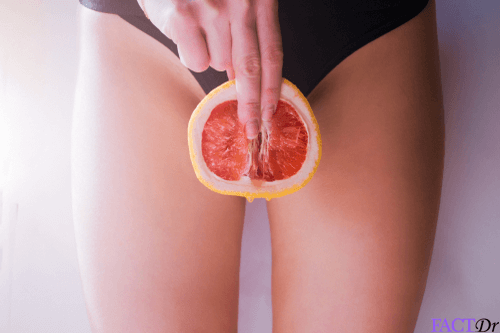 It has been a long debate as to which provides the ultimate pleasure, the vaginal or G-spot orgasm or the clitoral orgasm.  As a matter of fact, it has been concluded that only 30% of women ever experience a vaginal orgasm whereas clitoral orgasm can be achieved by all women.

Studies have claimed that female orgasm for most women with the help of penetration alone is not sufficient and definitely needs the stimulation of the clitoris.

Sigmund Freud who was a neurologist had come to the conclusion that a woman could claim sexual maturity only when she experiences vaginal orgasm. He considered the clitoral orgasm to be immature. According to his theory, a woman who could not achieve vaginal orgasm was frigid or an unreal woman.

He backed his theory claiming that failure to achieve vaginal orgasm was due to deep-rooted neurotic problems. This lead to a conclusion that all women can be considered normal and mature only when they achieve vaginal orgasm. It went to the extent that women who failed in this aspect were diagnosed with sexual dysfunction. This was the main reasons which lead to faking of orgasm during a penetration just to be recognized as mature and called a real woman.

William Masters and Virginia Johnson who were US sexologists in 1960 came to a conclusion that orgasms begin at the clitoris and extend to the vagina.  They debated that the pleasure experienced by women during penetration was mainly due to the connection between the clitoris and the vagina and came to a conclusion that frigidity is a result of poor sexual technique and not a sexual dysfunction.

They went one step further and reported that women were able to experience multiple orgasms whereas on the other hand, men were not able to achieve this. This was appreciated by a lot of feminists. Many people also argued that a true female orgasm can be achieved only by clitoral stimulation and not by penetration.

When you look at this from a woman’s perspective, the debate surrounding a woman’s pleasure is quite irrelevant. As a matter of fact, each woman is different from others and gains pleasure through various means. Few women thoroughly enjoy vaginal penetration and use of fingers and attain an orgasm while on the other hand, few women tend to use sex toys such as vibrators to stimulate the clitoris.

Both these types of women find considerable sexual pleasure with their respective techniques. Judging a woman’s maturity based on the way they attain orgasm is highly unacceptable. The bottom line is that orgasm is an extremely pleasurable experience regardless of how it is achieved.